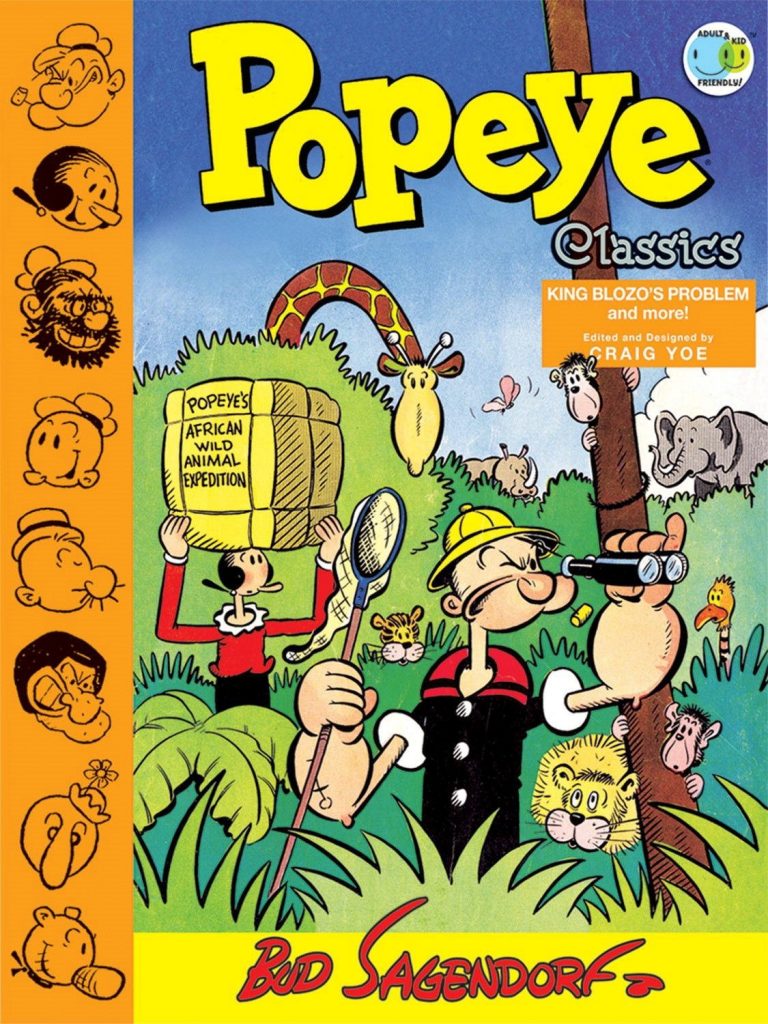 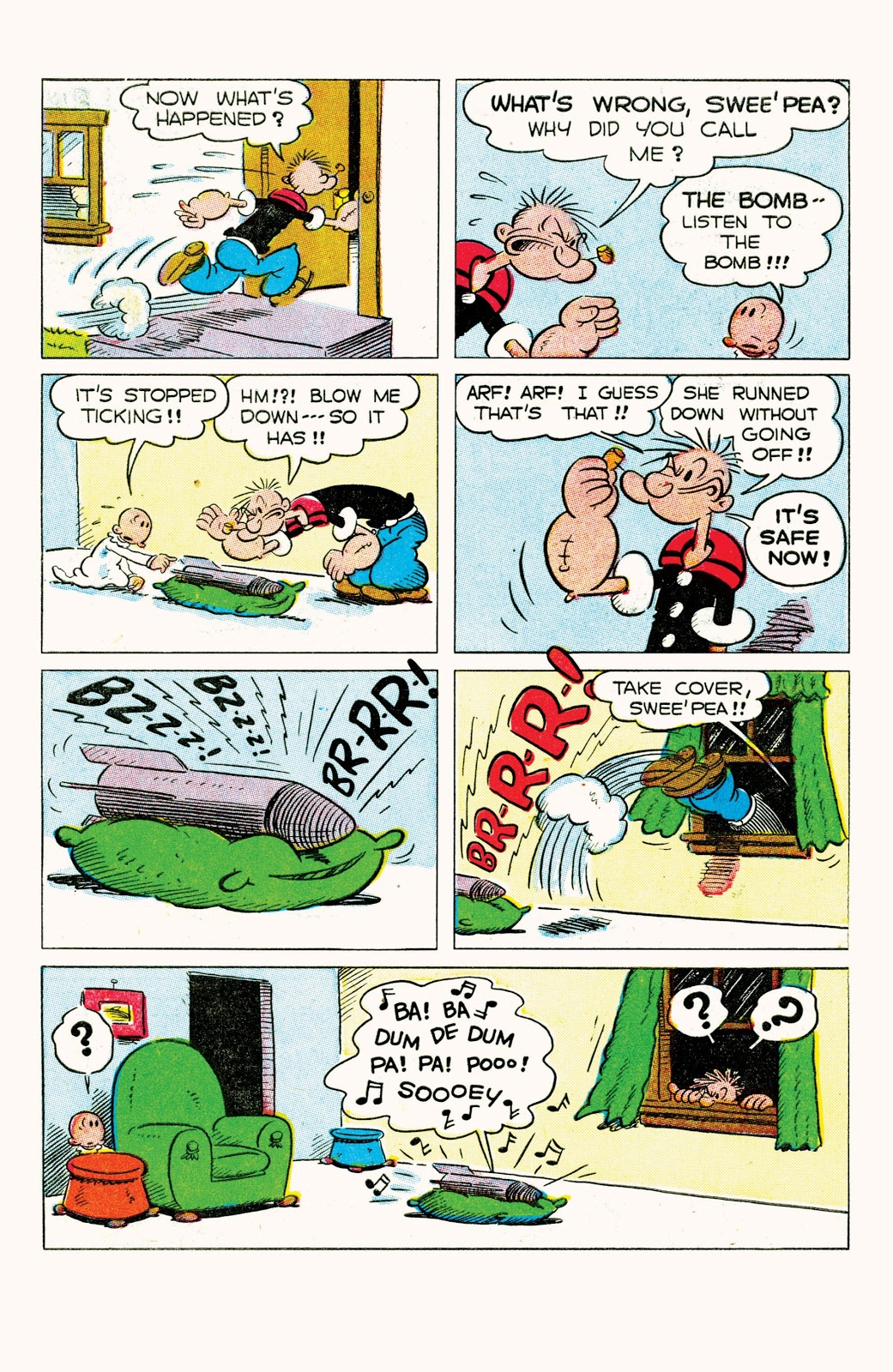 All three previous volumes reprinting Bud Sagendorf’s Popeye comics from the 1950s have been evergreen examples of surreal narrative cartooning at its most inspirational. This is no different, collecting material from early 1951 to early 1952. Taking the quality of Sagendorf’s strips for granted, let’s take a look at some of the other features.

As has also been the case for every volume, the stunning, almost stream-of-consciousness slapstick stories are preceded by an effusively appreciative foreword – ‘Society of Sagendorks’ – by inspired aficionado, historian and publisher Craig Yoe. He offers a mirthful mission statement and fabulous collation of candid photos and assorted gems of merchandise. Included are newspaper strips from 1944 when Bud was ghosting Popeye for Tom Sims and Bela Zaboly, and assorted Play-Storeactivity segments which Sagendorf contributed to Segar’s Sunday funny pages as his assistant in 1938, all contributing to the wonder of the ‘Bud Sagendorf Scrapbook’.

In addition to his inspirational stories, Sagendorf was considerate enough to provide puzzles and activities for his readers, and Yoe ensures these are also reprinted. This collection’s strips open with a single-page two-tone ‘Popeye’s Work Shop!’ detailing how to build a working wooden motorboat and clothes pin Olive Oyl doll. Later projects include constructing an assortment of cork toys, and supplementary art features such as ‘How to Draw Wimpy’ and ‘How to Draw a Cow’s Head’.

All comics of the era hosted prose stories to obtain favourable postage rates (it’s far too long and irrelevant a story to deal with here), and earlier books prioritised text stories for the infant Swee’Pea, but original publishers Dell here opted for a run of early-reader stand-alone yarns. They begin with ‘Bugtown Capers’ wherein a Carnival comes to the little insect township and Larry and Lena Ladybug save a baby minibeast from a riding accident. Later thrills include Larry using archery to battle a hungry Tiger Beetle, ‘Sammy Bug in Deep Water!’ seeing the accident-prone arthropod adrift on a leaf in the river, and ‘Sammy Bug’s Big Leap!’, detailing how not to jump over the moon. The final text story introduces a new prose star as ‘Otto Octo in a Snappy Cargo!’ sees a playful young cephalopod’s reach exceed his grasp(s).

The actual all-ages Popeye stories are imaginative, outrageous and side-splitting, top tier entertainment for those who love lunacy, laughter, frantic fantasy and rollicking adventure. If that’s you, add this terrific treasure trove of wonder to your collection. Next time around promises A Thousand Bucks of Fun and More!