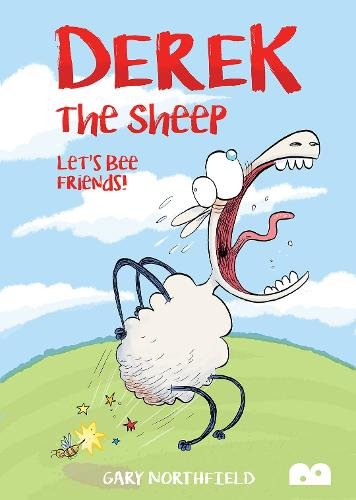 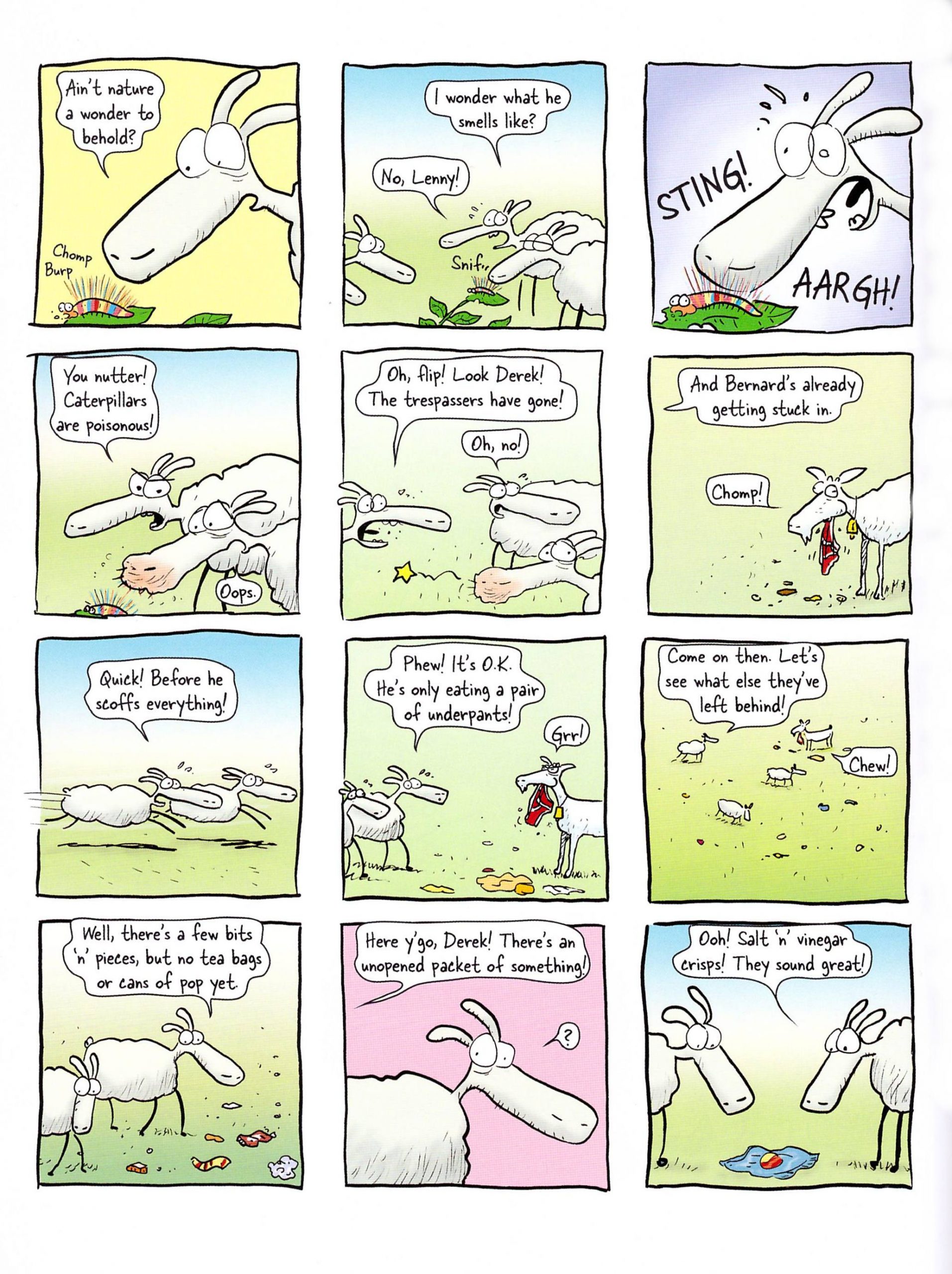 With Shaun the Sheep such a longstanding TV favourite among younger viewers, Gary Northfield seems either brave or foolhardy in producing his own stories about an eccentric sheep. His cartooning is a definite separation point, though, Derek being equally goggle-eyed, but a looser and goofier sheep more inclined to be the author of his own problems.

Over a dozen stories Northfield’s primary theme is the limitations of being a sheep. Derek and companions are stuck in their own field, but the wider world eludes them, be it the enticing greener field on the other side of a river or being able to do nothing about the flies constantly buzzing around his bottom. That exemplifies the whiff of unsuitability, which has long been a joy of the more inventive British children’s comics. Northfield exploits this well, with several scenes of Derek coming a cropper due to base elements such as the farmer’s manure sprayer or the natural effects of too many beans. It’s a gentle sense of humour at play, though, so nothing to have the parental units frothing at the mouth.

Rather like sheep themselves, Derek’s strips tend to meander, the starting point often barely connected to the finish. An exceptionally windy day leads into the visit of a leprechaun, and a persistently stinging bee develops into a modern day variation of Little Red Riding Hood. The sample page is from a strip exploiting animal traits. The sheep are pleased to see trespassers have accessed the neighbouring field, as they’re prone to littering, and one man’s litter is a sheep’s feast. However, Bernard the goat’s enclosure also neighbours the trespassed field, and his eyes are also on the prizes to be had, so how can the sheep outwit him? The surreal features inventively, a bubble-gum blowing bee a funny touch, and from the same strip there’s a succession of hilarious panels of assorted farm animals showing off their hairdos. The sheep in bright red wellies is also great.

If adults find themselves snorting their coffee over the table due to Northfield’s sly humour it’s pretty well a guarantee that kids will love Derek the Sheep. Two further collections have followed, with Danger is my Middle Name next, but the books can be enjoyed in any order.