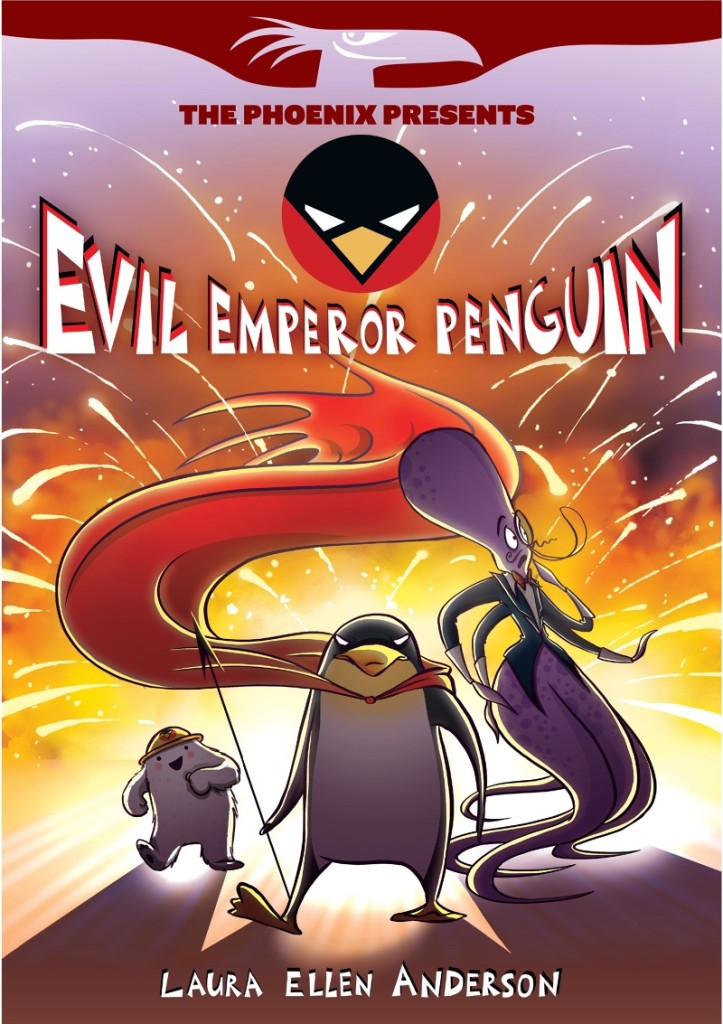 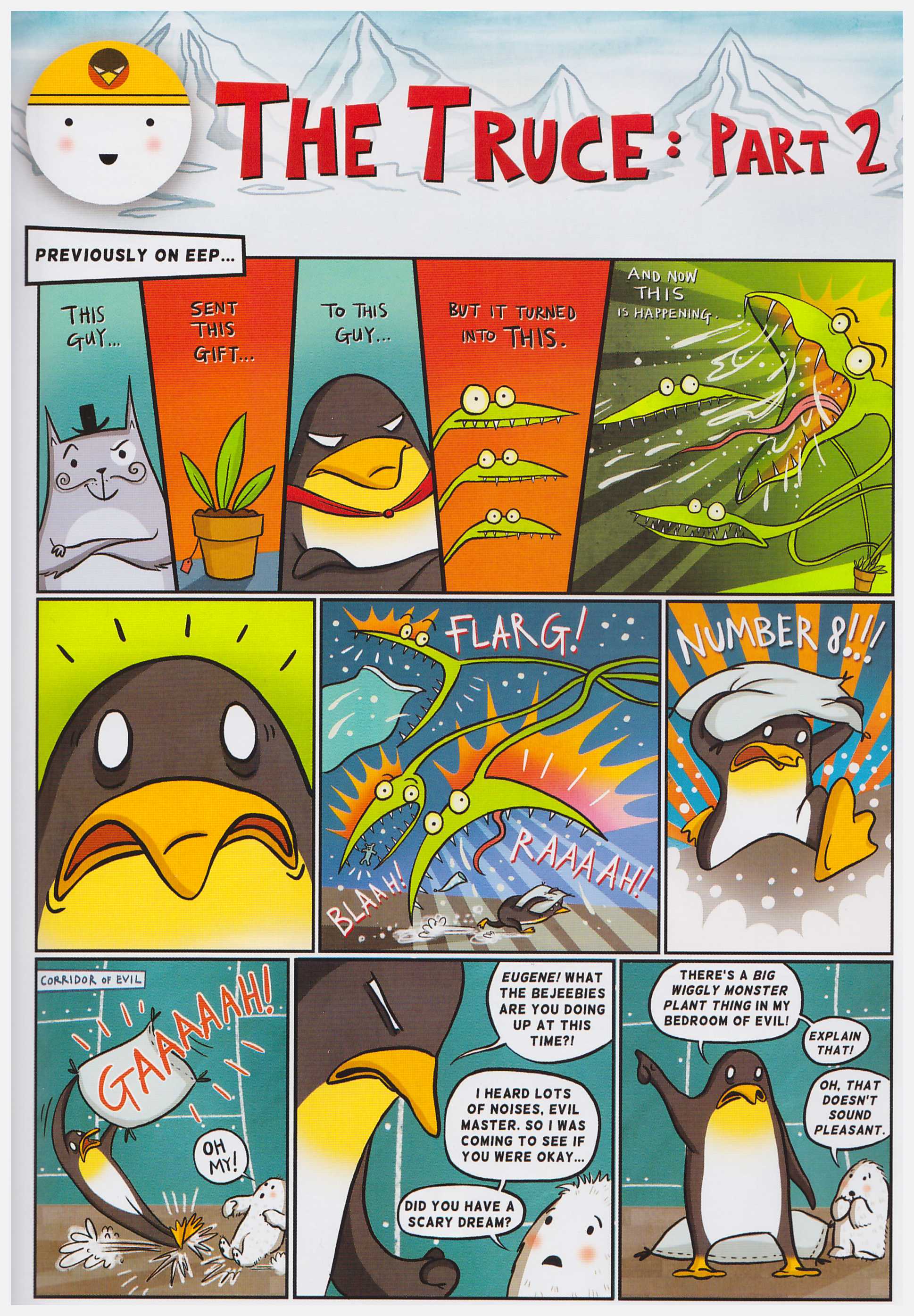 With its despotic creature aiming to take over the world, and put-upon incompetent minions in tow, Evil Emperor Penguin owes a huge debt to Pinky and the Brain, although the intended audience will be too young to know about that.

In his lair deep beneath the Antarctic, Evil Emperor Penguin creates the plans for his nefarious schemes and even more nefarious devices. The mistake he makes is subcontracting the construction of those devices to his rapturously enthusiastic subordinate Eugene, a miniature cloned abominable snowman. This means instead of shooting deadly laser beams from its eyes the giant penguin robot instead creates patterned wooly jumpers, and buttons clearly marked “big red evil button” are accidentally activated at inopportune moments. Our penguin is suitably austere and uncaring about his underlings: “Look guys, I’m Evil Emperor Penguin. I’m Evil. Don’t take it personally”, yet his octopus butler remains loyal.

There’s a very obvious signposted quality to Laura Ellen Anderson’s plots, but, again, the intended audience won’t realise that as they giggle over the authority figure coming a cropper over and over. Anderson begins with four page stories and then gradually expands into longer tales as she becomes more comfortable with what she’s created. She’s contrived a novel brevity about her last episode summaries (see sample page) and by the final story she’s become so enamoured of EEP’s nemesis Evil Cat that he all-but squeezes Evil Emperor Penguin out of his own book. That’s evil!

A few elements – an Oyster Card, mention of The Great British Bake-Off – convey a parochial attitude and will fly over the heads of most children, but they’ll love the likes of EEP’s younger sister and Eugene’s constant cuteness. There’s a lack of variety to Anderson’s cartooning as she doesn’t stray beyond a comfort zone, but she carries the story while providing her cast with expressive personalities. In the case of an evil penguin that’s pretty tricky.

What differentiates Evil Emperor Penguin from Pinky and the Brain is that it’s resolutely good-natured. There’s no dark, subversive streak. The occasional fart gag is as dangerous as we get. It relegates the book to the younger end of the comic reading spectrum, but they should thoroughly enjoy it. 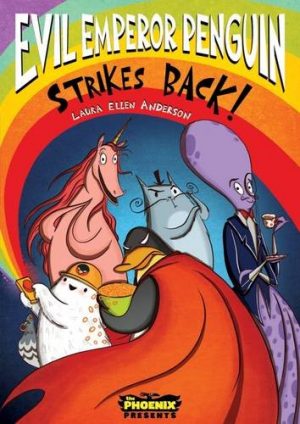