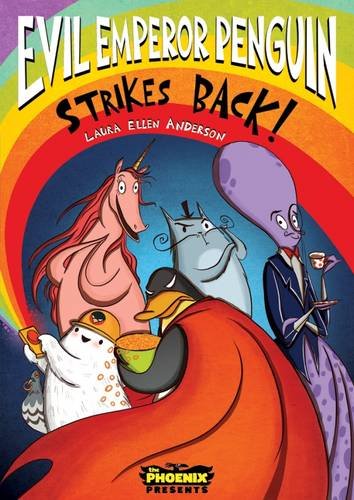 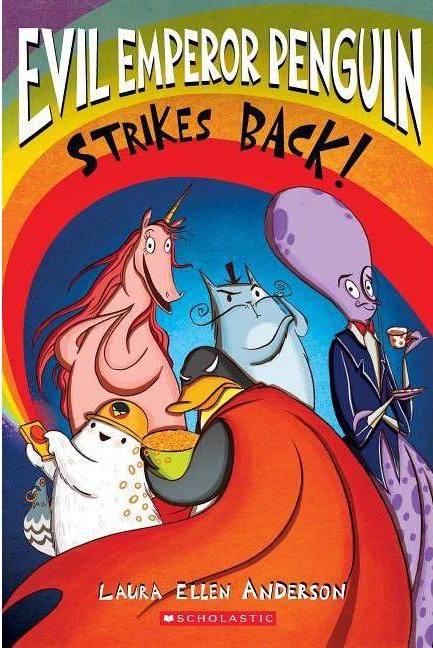 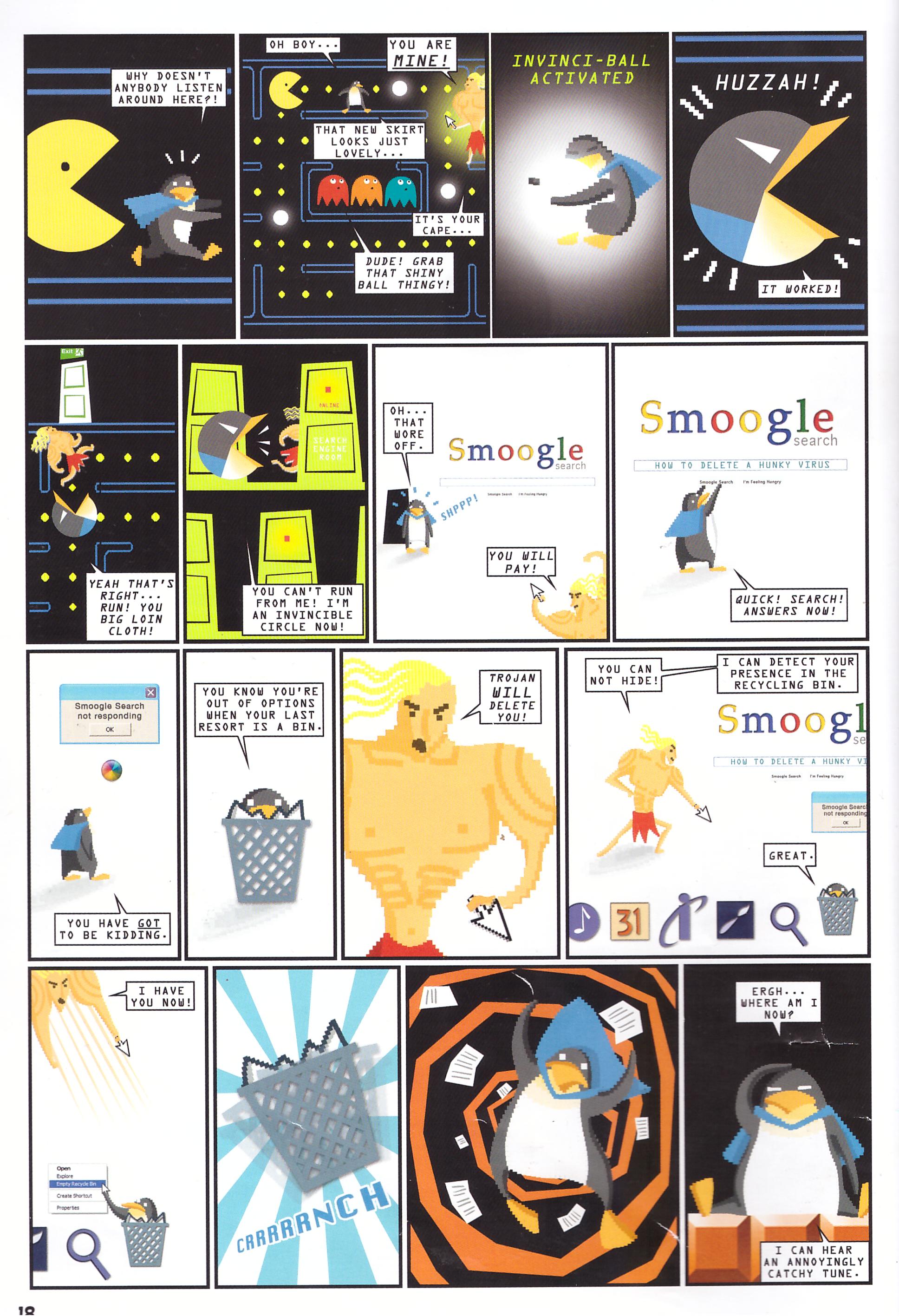 At heart Evil Emperor Penguin is a simple soul. Let him take over the world and his dreams would be fulfilled and he’d be happy. Under those circumstances he might even turn his scientific genius to good. As it is his inventions are restricted to his Antarctic hideout and each is discarded after its inevitable failure. That failure is down to the blind spot in his life, his dependency on idiots for assistance, primarily the cute and cuddly Eugene, top minion.

Arriving at her second collection, Laura Ellen Anderson now has the formula refined for her four to eight page tales of immense pride preceding an immense fall. Whatever fiendish plan Evil Emperor Penguin has concocted, you can be sure it’ll be fouled up, usually accidentally, by Eugene, although he’s nothing but well intentioned. The major crisis here, stretching over several episodes, is EEP’s entire stock of spaghetti hoops being abducted, leading to tantrums, withdrawal symptoms and Eugene heroically determining he must save the day. Other mishaps include Evil Emperor Penguin becoming a computer virus, accidents with the world’s masterpiece paintings and candles with the scent of ultimate evil. Their advertising campaign has them as “candles that smell like stuff!” A particularly charming strip shows the joy of Eugene’s day off.

As seen on the cover, all favourite characters from Evil Emperor Penguin return, including a few minions not pictured, and Anderson introduces a new adversary, one well known to EEP’s rival Evil Cat. Their agenda is a little more threatening, involving destroying the Earth instead of just taking it over, which naturally puts them odds with the other evil characters. If the Earth is destroyed, what will they rule?

A few strips could have better endings, but the fun is in getting there, and the younger audience will be captivated.