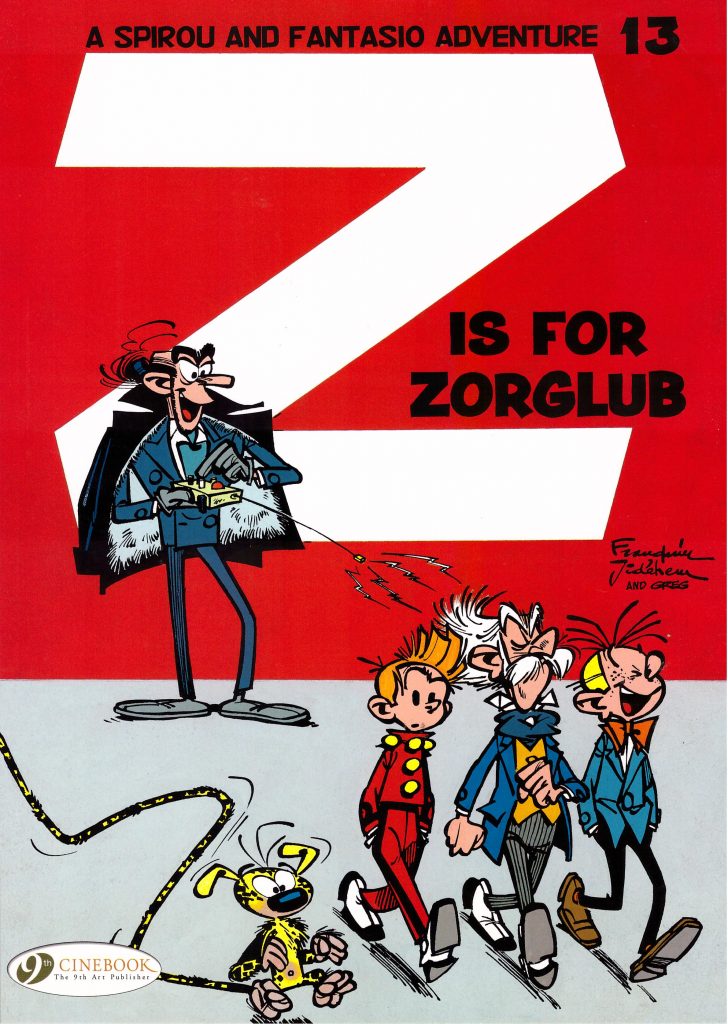 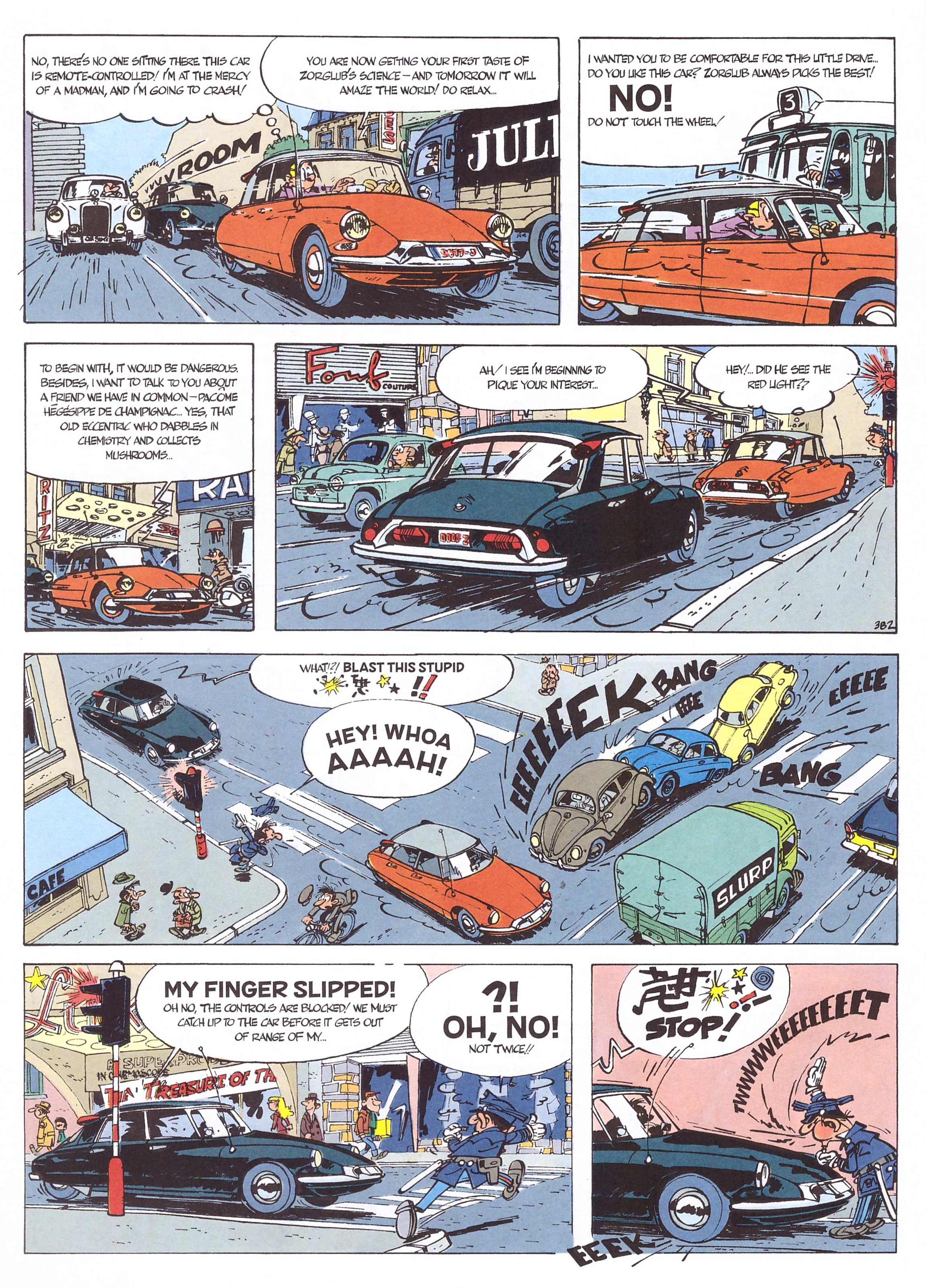 Between 1946 and 1963 André Franquin produced enough Spirou and Fantasio stories to compile eighteen albums (with a one album reprise in 1968), and 1961’s Z is for Zorglub is considered among the best of them. Unlike some of the earlier work reprinted by Cinebook, this is Franquin in his pomp, throwing out ideas and plotting confidently, although still betraying the episodic structure of being serialised a few pages at a time in Spirou comic.

Zorglub is a megalomaniac and a technical genius, contrasting the organic creations of Spirou and Fantasio’s friend the Compte de Champignac, with whom he’s had a rivalry since their university days. It’s a strange and coincidental forerunner of the Reed Richards and Doctor Doom relationship, with Zorglub even having a town in thrall to him, Zorgland. That’s not enough for him, and he intends to acquire the entire solar system, but first wants to persuade the Count to join him.

This isn’t pure Franquin. Greg, (Michel Régnier) later creator of European favourite Achile Talon, helps with the writing and Jidéhem (Jean De Mesmaeker) fills in the backgrounds, leaving Franquin only drawing the main figures. It’s enough. The exaggerated looseness of the cast is joyful, and Franquin’s design for Zorglub imposingly appropriate. This is a man you can imagine being entirely unconcerned about concepts such as free will. Franquin also conceptualised him well as an evil scientific genius who always makes a mistake somewhere along the way.

We see Zorglub on the cover, but when serialised the story kept him concealed for fourteen pages, and provides him with a suitably grand entrance, having been preceded by his incredible devices. To a degree time has caught up with Franquin’s fantastic imagination in 1960. We now have driverless cars, and if gyroscopic hovering vehicles and hypno procedures don’t yet exist, they’re concepts even younger readers are likely to have come across elsewhere. Their use, however, still impresses, as does the way Franquin and Greg twist convention with their plot. Because that plot is adventure with a strong place for technology, there’s an expectation of where it will lead, but the writers in 1960 hadn’t seen dozens of blockbuster action movies like we have, and that ensures a freshness to what otherwise might have been formulaic. The method of dealing with Zorglub over the final pages is particularly pleasing. As well as Spirou, Fantasio and Champignac, there are roles for Spip the squirrel and Marsupilami, so all in all very satisfying, and nice to see Z for Zorglub in English at last.

It’s not apparent, but this is actually the first of a two part story, with Shadow of the Z picking up almost immediately after the end of this adventure, and among other enjoyable aspects it provides the answer to a question posed here: Just how can Zorglub afford to construct all his devices? He was created late in Franquin’s Spirou and Fantasio run, but Zorglub has proved their most popular adversary, with later creators keen to use him. Tome and Janry’s take is found in The Z Rises Again.