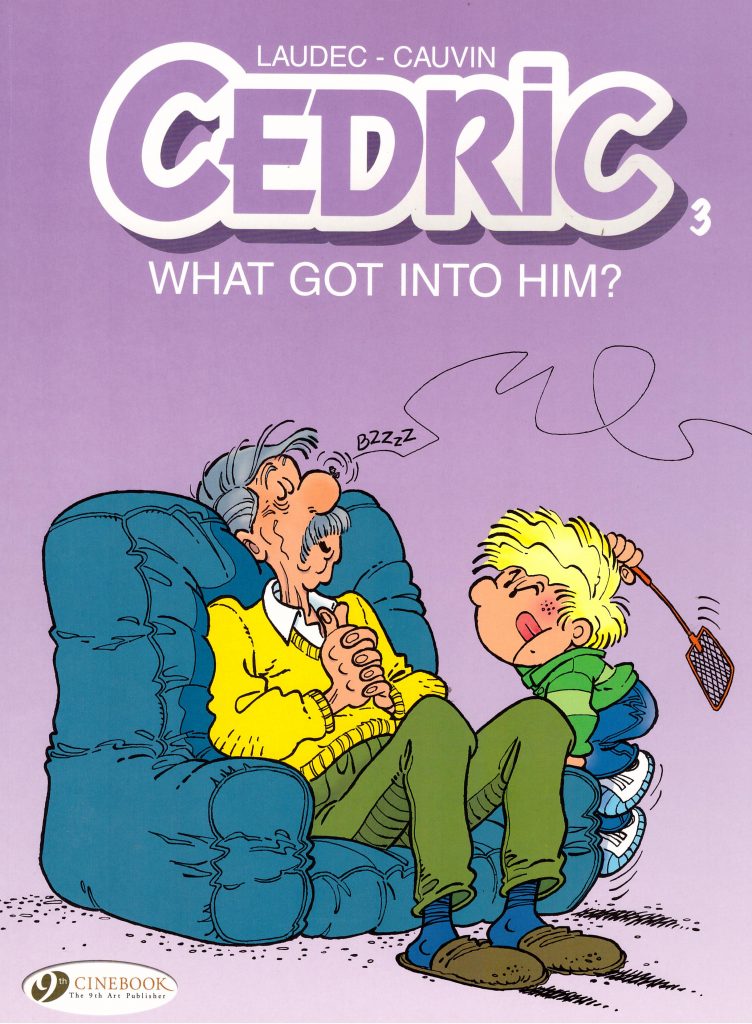 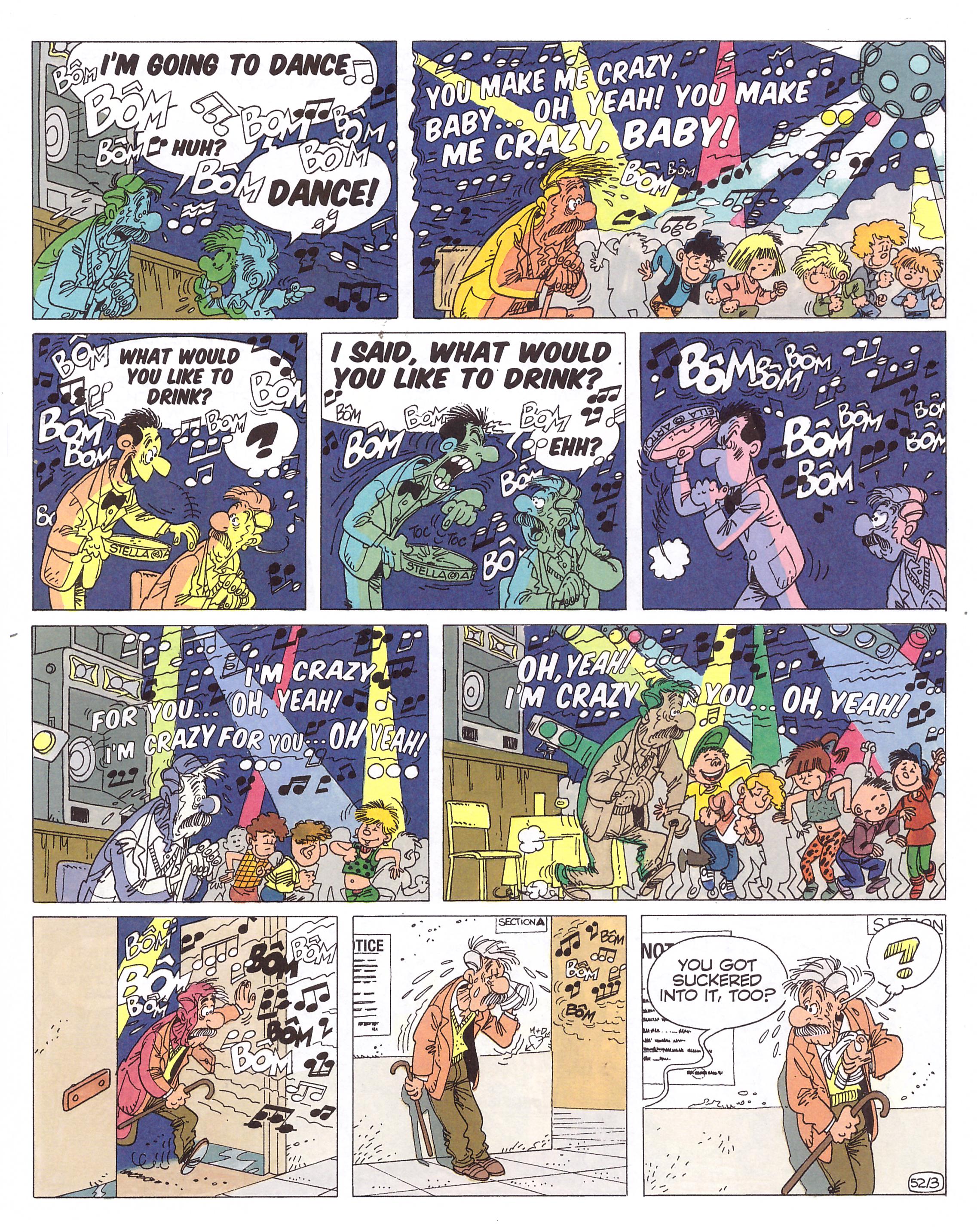 As previously, What Got Into Him? is a selection of stories of various lengths about largely loveable tyke Cedric, his family and his friends. Also as previously, it’s schizoid. You’ll have it pegged as quite the sentimental family gag strip, but then Raoul Cauvin will surprise with a genuinely heartbreaking episode, or one that takes an unsavoury topic and exploits it fully.

An example is a four page strip about head lice, in which Cedric is alternately attracted and repelled by the idea. Cauvin exploits the negative aspects, with Cedric taking a liking to the idea that if all the children have them then school will be closed. That suggestion comes from his grandfather, offered from his usual position in the armchair, and Cauvin continues to develop his character both as iconoclastic mischief maker and figure of sympathy. That’s seen best in the opening and closing strips in which he recalls his dead wife and the times they had together, Cedric steering clear of saccharine content via some clever pacing. Individual panels take the time to emphasise what’s been said in the previous panel with the grandfather saying nothing, but sat in his chair looking morose. Whether this is Cauvin’s script or Laudec’s method of breaking it down is uncertain, but it’s very effective. Contrarily, Cauvin isn’t above jokes about the grandfather being an out of touch stick in the mud, intolerant of modern culture.

Laudec’s sample art feeds into that, from a strip where Cedric is accompanied to the school dance by his grandfather, the latter having an entirely different set of expectations. This strip is visually unlike any other in the book, Laudec emphasising the disorientation and discomfort felt by an old person at a 21st century dance. It also shows the fantastic loose style Laudec has, his people expressively posed and having some great looks on their faces. The bawling child depicted as a circle 90% occupied by an open mouth in a later strip isn’t Laudec’s concept, but he draws it very well.

Cedric is an excellent all-ages strip in the truest sense. Children will laugh at his escapades, and while adults will nod along knowingly, they’ll also be captivated by the elements designed to fly over children’s heads. The grandfather diffusing an argument between his daughter and son in law in the opening episode by pointing out that they never know how much time they’ll have left together is sublimely delivered. Hot and Cold is the next volume chronologically, but the setting and themes are universal, so there’s no need to follow Cedric in publication order.