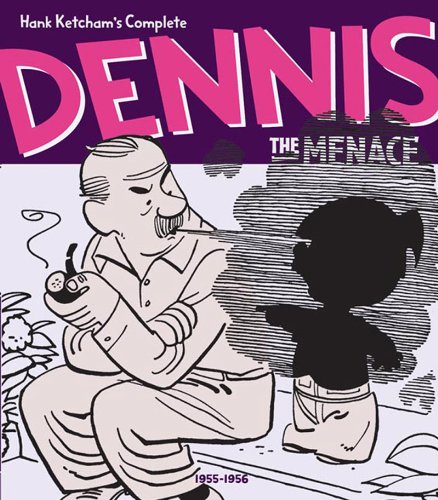 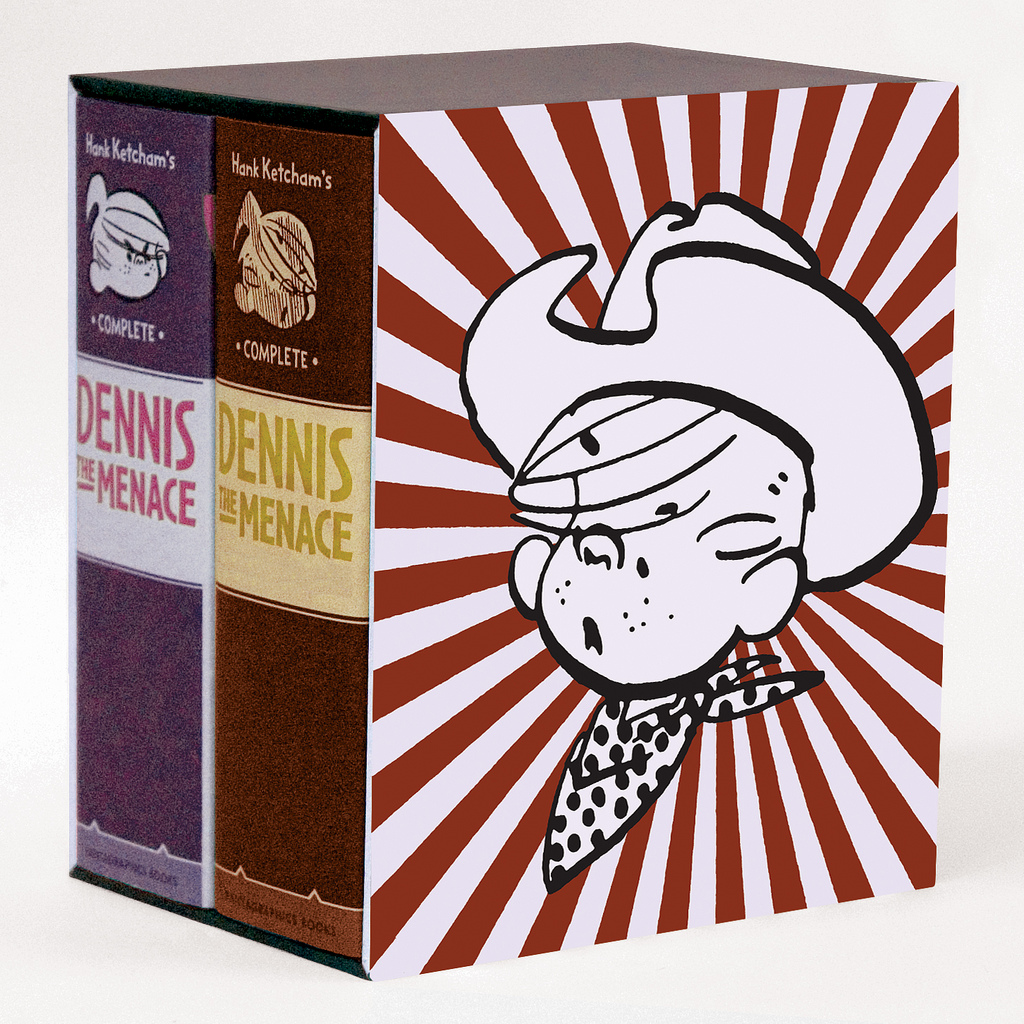 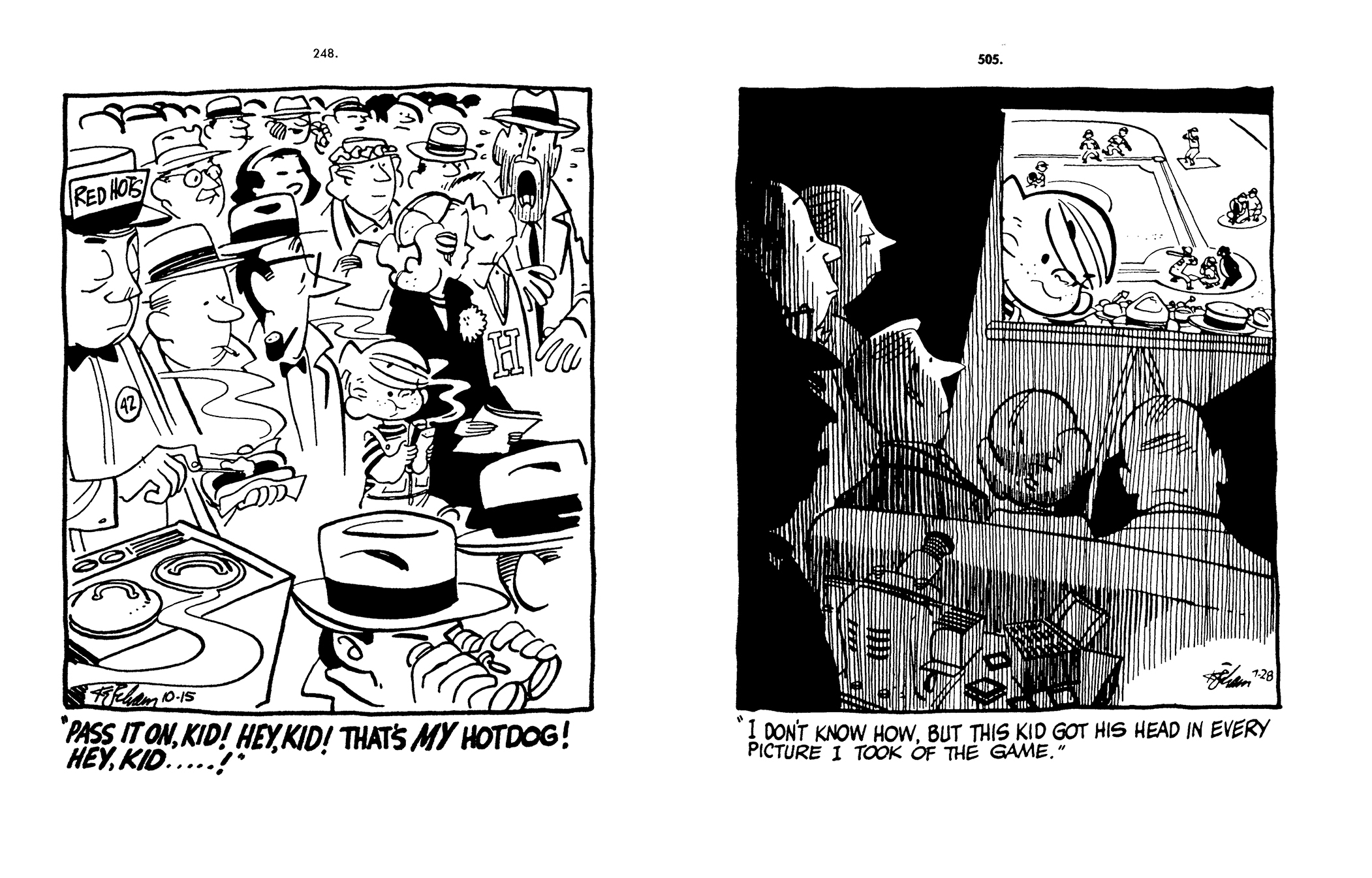 Everything you need to know about Dennis the Menace is in the title. Hank Ketcham’s newspaper cartoon was a single panel with a caption underneath, sometimes split into two or four panels. Dennis Mitchell, an incredibly hyperactive five-year-old boy, tormented his parents endlessly with his anarchic behaviour in and out of the house, in one of the most successful newspaper strips of last century. This beautifully designed series of volumes compiles every Dennis cartoon in very thick, square hardcover books with a bound-in ribbon bookmark. The bookmark is a particularly good thing to have because with one panel on every page, these books are around 650 pages long. Volume three contains every panel from 3 January, 1955 to 31 December 1956.

On 15 January 1955 Dennis and his dad Henry Mitchell stand in a used car dealership, a big sign saying ‘Cash for Cars – ‘Honest Ade Bennett’ in the background. A cigar-chewing man is looking under the raised bonnet of a car at the engine, and we can tell the car belongs to Mr Mitchell because Dennis is saying “Hey, Dad, you were gonna sell him a LEMON! Where is it?” Mr Mitchell glows with shame. You’d think his parents would learn, but a large number of the jokes in this volume involve Dennis repeating things he’s overheard and plunging his parents into difficulties at parties, in church, and in other social situations. When he isn’t embarrassing his parents, he’s annoying the neighbours: “I’m gonna work for Mr Wilson! He’s gonna give me five cents a day to stay away from him!” or even disturbing other grown-ups, as in a panel from page 247 when someone who looks exactly like President Dwight D. Eisenhower is holding a telephone: “You have a collect call from whom? Dennis who?”

Hank Ketcham’s drawing begins its graphic experimentation in this volume as he starts to play with line, texture, lighting and design to craft pictures that are amazing to look at. The settings might be corny and the jokes almost too predictable for modern readers, but the intricate way these panels are constructed more than makes up for it.

This third volume is also available slipcased with volume four, Hank Ketcham’s Complete Dennis the Menace 1957-1958 in a boxed set.