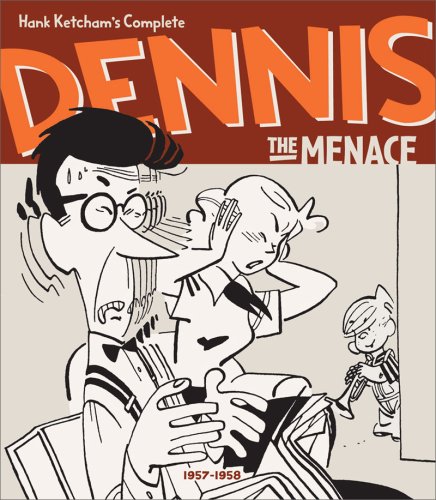 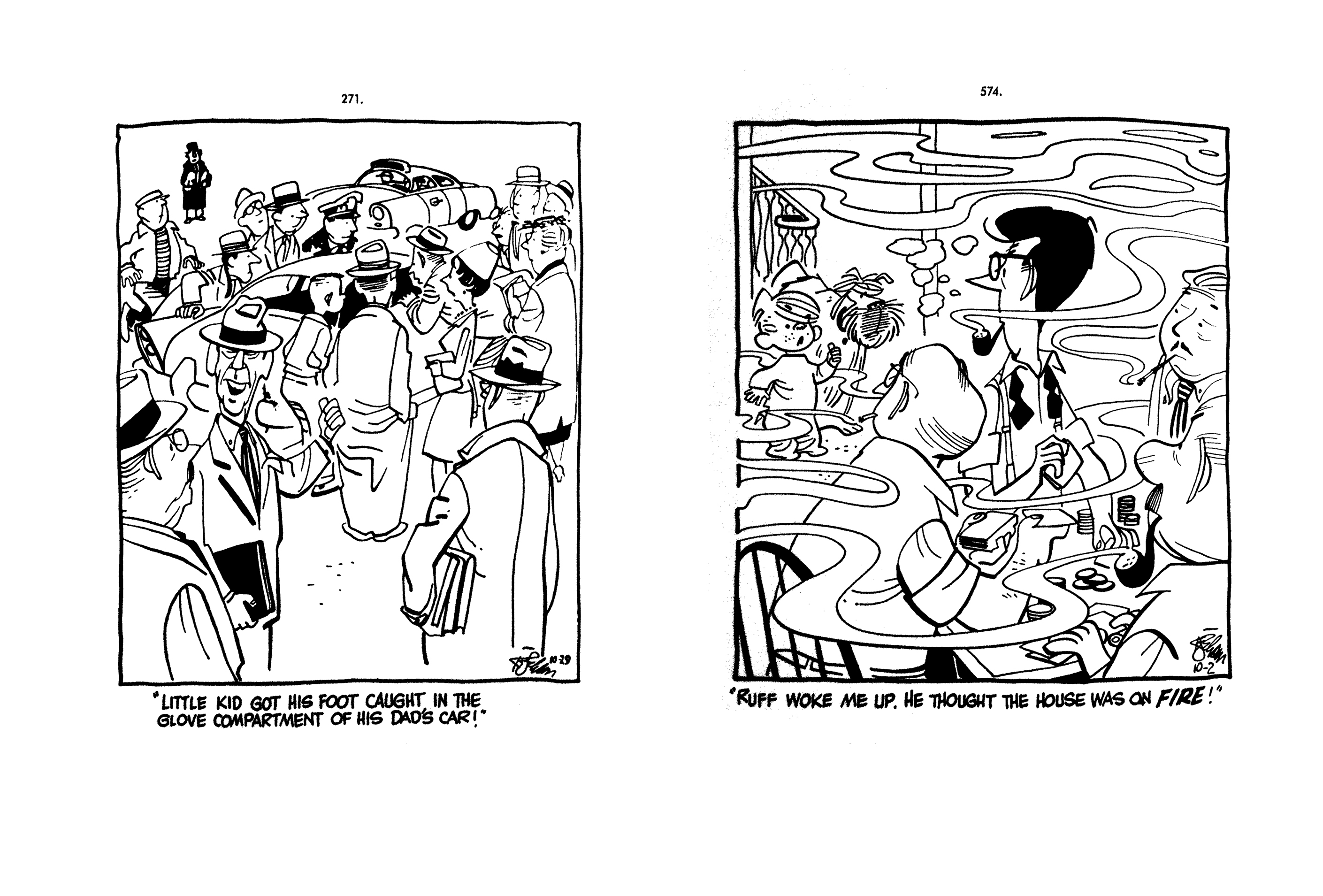 On page 442 of this fourth volume of Hank Ketcham’s Complete Dennis the Menace, two thirds of the panel is occupied by a very elaborate drawing of the engine of a steam train. All the details are carefully rendered in light and dark strokes, giving the image weight and solidity, making it feel dramatically huge and powerful as it fills the frame with its iron bulk, steam rising into the air above it. Opposite the train, in a little sliver of white space, are a transfixed Dennis and behind him, his parents, Henry and Alice, laden with suitcases. Dennis is about to walk towards the train. The caption is just three words: “Leave it alone!” It’s a perfectly constructed joke. Those three words transform the image. You are immediately redirected from admiring the drawing to looking at that machine through Mr and Mrs Mitchell’s eyes, and what they see isn’t an impressive man-made feat of engineering. It’s just another opportunity for trouble. Every exquisitely rendered detail of the machine is one more potential item for Dennis to wreak havoc with. By now, his personality and capabilities are so well defined that we don’t need to see him in action every time. A reminder will do.

The eighth year of Dennis The Menace shows Hank Ketcham totally in control of his universe, turning ideas into a stream of brilliantly executed visuals underpinned by the knowledge that nothing and nobody is safe from the tirelessly disruptive little boy. This 670-page, square hardcover volume is a great collection of panels by Ketcham that get better year on year, adding detail to the main characters so that now the jokes are cleverer than just generic naughty boy gags. There’s enough variety in the cast and in the settings to stop things being too predictable, the graphics are always attractive and often a great deal more than just that. The classic years of this strip start here.

This fourth volume is also available slipcased with volume three, Hank Ketcham’s Complete Dennis the Menace 1955-1956 in a boxed set.