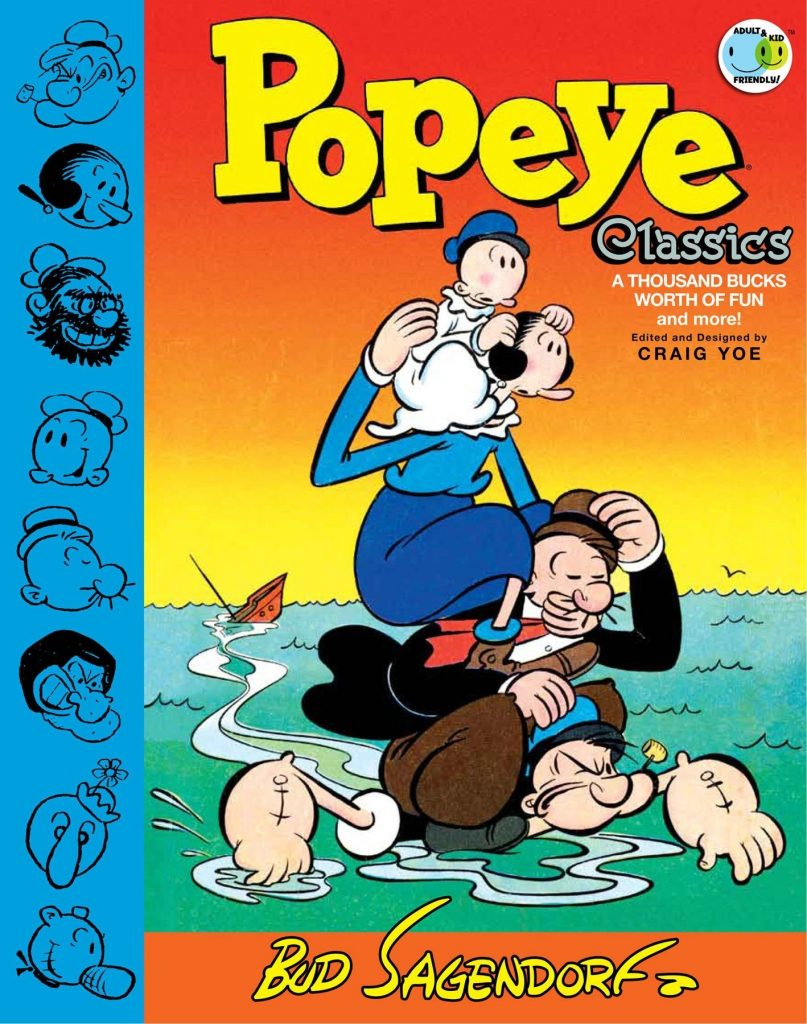 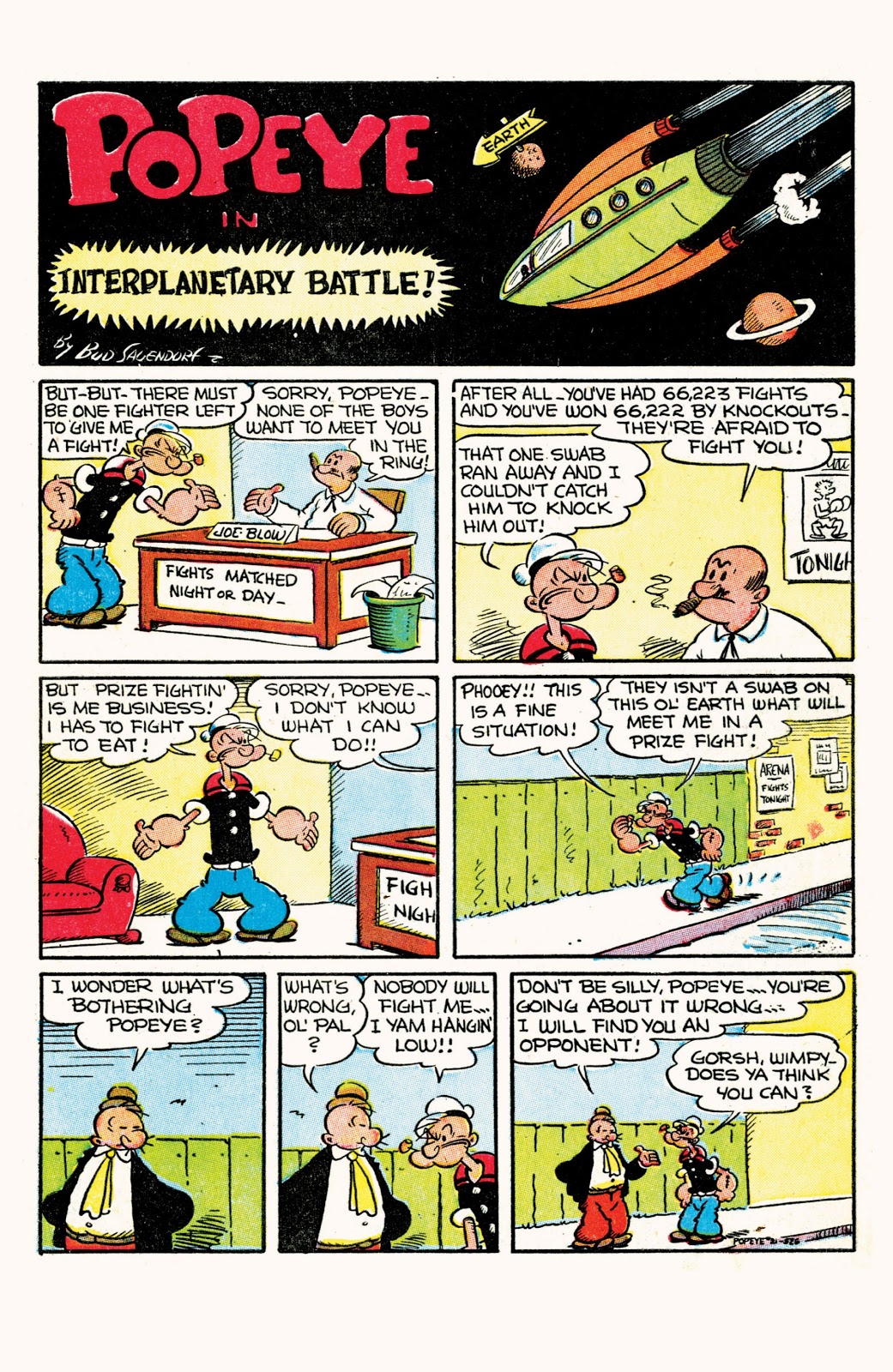 Born in 1915, Forrest “Bud” Sagendorf was barely 17 when his sister – who worked in the Santa Monica art store where Popeye creator E. C. Segar bought his drawing supplies – introduced the kid to the master cartoonist who became his teacher and employer as well as a father-figure. In 1958, after years on the periphery, Sagendorf finally took over the newspaper strip and all the merchandise design, becoming Popeye’s prime originator. His loose, rangy style and breezy scripts brought the strip itself back to the forefront of popularity, but before then he’d spent almost a decade producing Popeye’s comic adventures, and another five irrepressibly inventive issues are supplied here. They cover mid-1952 to mid-1953.

As seen in earlier volumes – King Blozo’s Problem and More last time round – Sagendorf was a smart guy who kept abreast of trends and fashions as well as understanding how kids’ minds worked, the result being these tales are timeless in approach and delivery. In the era of rapid television expansion, cowboys were King, with westerns dominating both large and small screens as well as plenty of comics. Thus, many sagas featured Popeye as a horse-riding sagebrush wanderer who ran a desert railroad when he wasn’t prospecting. Yet there’s also ‘Interplanetary Battle’, which taps into the era’s other mass obsession: a growing fascination with UFOs. On Earth prizefighter Popeye cannot find an opponent brave enough to face him, so Wimpy innocently seeks to aid his old pal by broadcasting a message to the universe. Sadly, what answers the clarion call is a bizarre, shapeshifting swab with sneaky magic powers.

The breadth of Sagendorf’s imagination still astounds with wonderfully surreal plots and twists. In these stories Popeye and his back-up cast meet a horse who attempts to assimilate with humanity by wearing clothes, start a spinach farm, tackle pirates, and journey to a hidden kingdom on a desert island ruled by a perilously familiar tyrant. Less adventurous farce ensues when Popeye is compelled to take over the redecoration of Olive’s house after an unseemly moment of jealousy, we see Swee’ Pea push the limits of everyone’s patience to score an ice-cold treat, and Olive tries to make Popeye and his dad Poopdeck Pappy clean up their scruffy sea-going vessel.

A new back-up feature is introduced, starring sassy kid Sherm, and his most inventive episode incorporates a host of puzzles and mazes to keep reader interest honed as they help Sherm on ‘The Long Way Home’.

A Thousand Bucks of Fun almost lives up to the title. It’s another treasure trove of timeless entertainment, all-ages yarns that are evergreen examples of surreal narrative cartooning at its most inspirational. Weed Shortage and More is next. 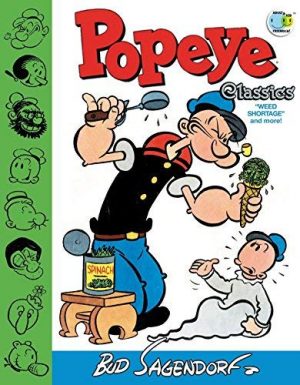