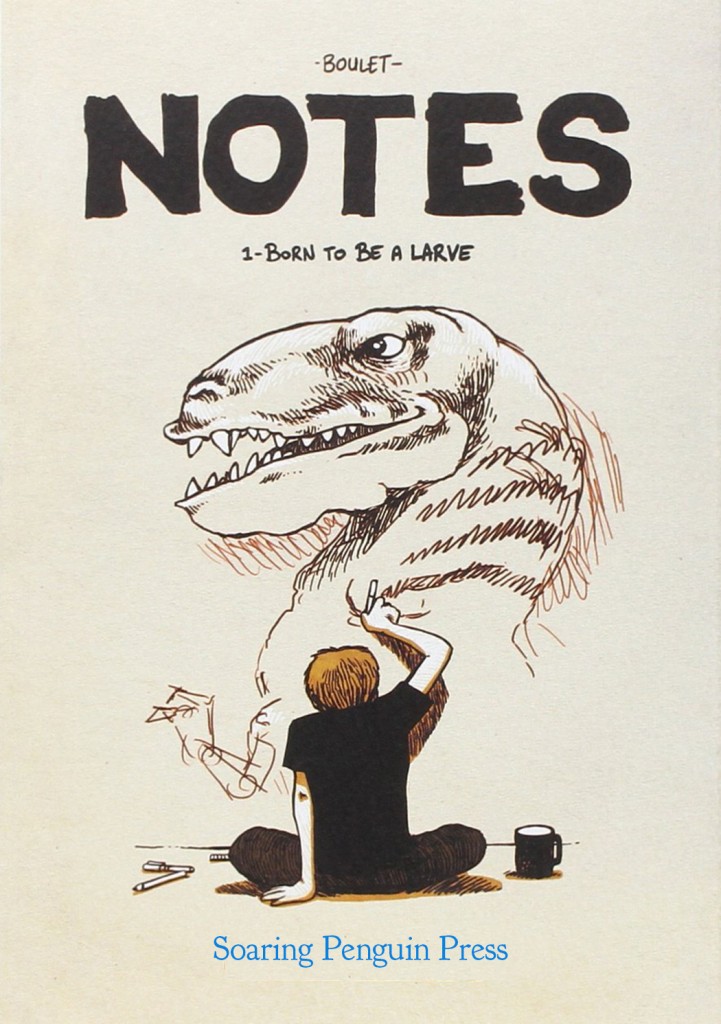 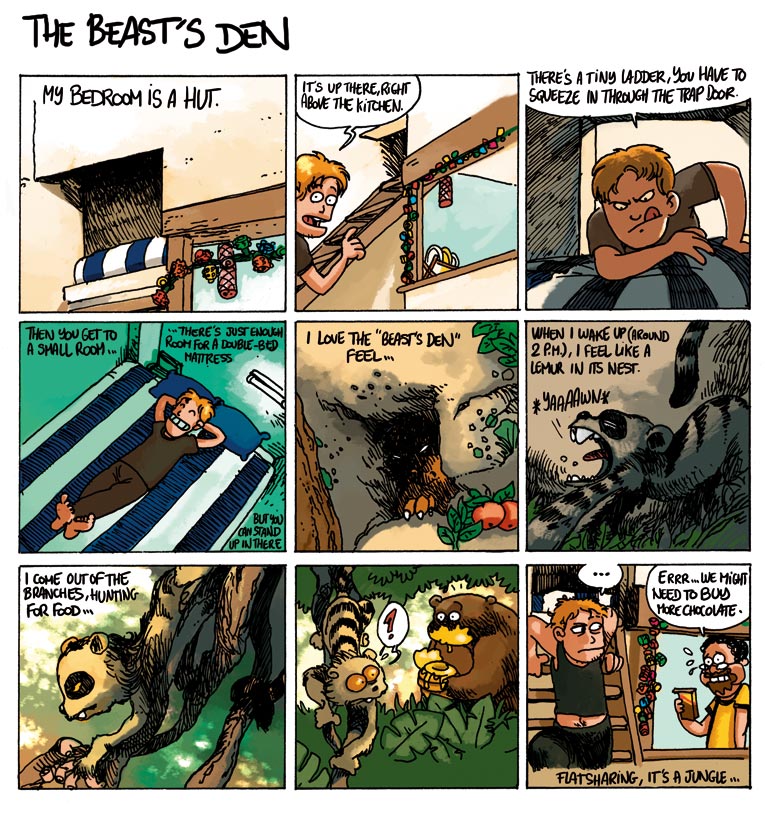 Though Borne to be a Larve appears initially unprepossessing, it turns out to be rather a treat. Nothing Earth-shattering, but nevertheless funny and charming.

Boulet is a pseudonym for French comics artist Gilles Rousel, who has been working in the industry for over a decade, and nowadays is most famous for this work on Dungeon Zenith. In 2004 he began a blog, publishing autobiographical material about his life as a comics artist in Paris. The first collection, covering the first year of the blog, interspersed with additional pages commenting on the process of collecting the blog, appeared in 2008. Eight years later, this has been translated into English, though in a version by Boulet and Nora Goldberg, different from that actually employed in the English version of his blog.

There is little in Born to be a Larve that you haven’t seen before. The tales of the difficulties of work, rivalries with other artists, not entirely savoury flatshares, occasional excursions into Boulet’s sex life, more regular accounts of his struggles with public transport, and a cheese dish that gets out of control, are the usual stuff of the autobiographical comic. It could, with some degree of fairness, be said that it’s a bit indulgent for a comics artist to write about being a comics artist, though one can only really be autobiographical about one’s own biography.

However, regardless of originality, Born to be a Larve works. It works because Boulet is funny, charming, and self-deprecating. Any apprehension about the collection, as foreign-language autobiography being a very hit-and-miss affair evaporates, and you’ll be pleasantly surprised to find yourself smiling throughout, and sometimes even giggling.

Boulet employs a number of different art styles – always cartooning, but sometimes more detailed, some times less, sometimes with small figures in many panels (the standard for blog posts; see sample image), sometimes with larger figures in fewer panels (the standard for the material added for the collection), sometimes painted pages (later blog pages), sometimes coloured in the computer. Far from annoying, this variation makes little difference other than distinguishing one story from another. All the art complements the stories well. Boulet also uses a lot of different storytelling styles, pretty much all successfully.

Born to be a Larve can definitely be recommended. Further volumes are available in French, and hopefully more English translations will follow.