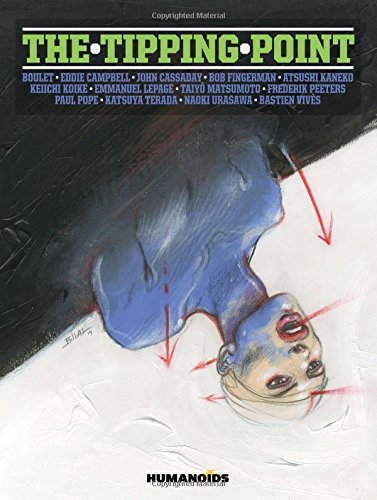 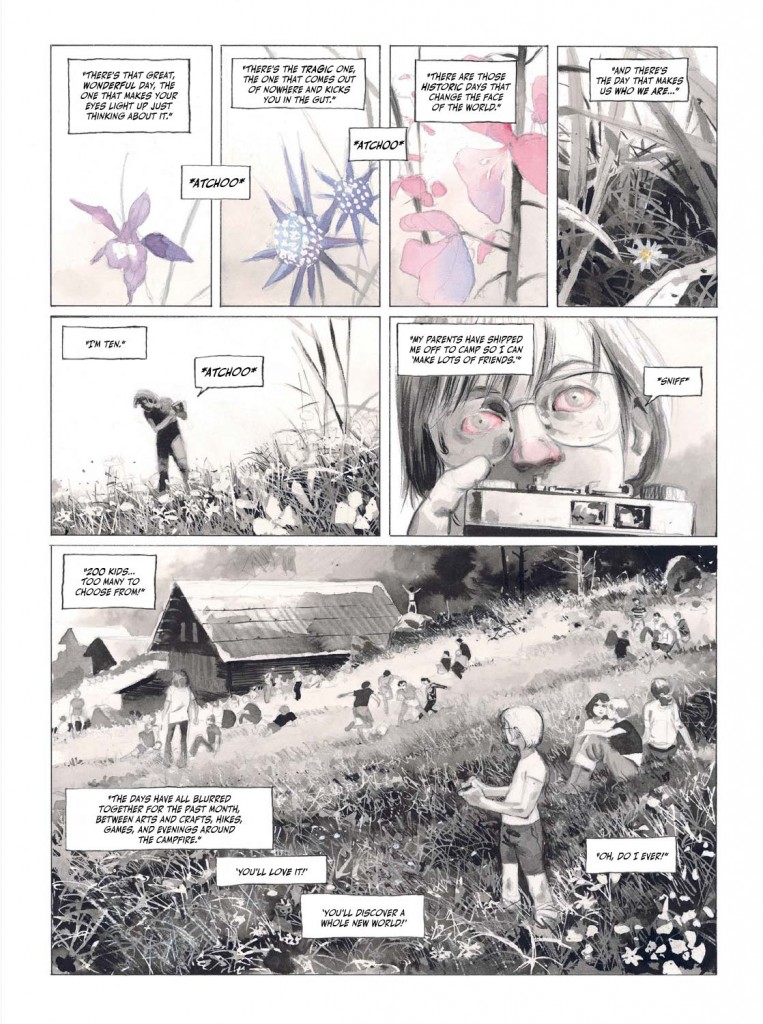 This anthology was released to celebrate the 40th anniversary of Humanoids publishing, created in 1975 when several French creators disenchanted with working on conventional material believed there’d be a market for something new and different. They were proved spectacularly right with their Metal Hurlant magazine, and in time their enthusiasm begat an English language imprint.

Although Humanoids now publish work in which artists collaborate with writers, this anthology returns to the spirit of those founders by only featuring strips both written and drawn by their creators. The net now is global, thus we have the work of Japanese creators alongside very different approaches from their European counterparts, and three North Americans, John Cassaday, Bob Fingerman and Paul Pope.

Cassaday’s style will be the most familiar to the greatest number of English-speaking readers, and he confounds type by adapting a sequence from Huckleberry Finn. It’s as unexpected as his black and white art, which avoids the static look that sometimes affects Cassaday’s pages while showcasing his decorative design skills. In some panels he almost moves into abstraction.

Abstraction, artistically at least, features in Emmanuel Lepage’s coming of age story, again primarily in black and white and beautifully drawn, with the sparing application of colour incorporating mood. It’s featured as the sample art. Colour is also important to Atsushi Kaneko’s ‘Screwed’, where he uses a dot screen effect and two colours to evoke the pulp Japanese comics of the past. He infuses a pulp feeling to his story as well, of a hit gone wrong, but at a time and place where bigger fish are frying.

As a collection this material very much plays against type for much of the content, which seems to lack the wild science-fiction so beloved by Humanoids’ founders. With few exceptions the short stories here are introspective or personal. Who’d have thought, for instance, that the ruminative work of Eddie Campbell would ever appear in a Humanoids anthology? With a science fiction landscape opening the strip, Naioki Urasawa’s ‘Death Planet’ appears to be closer to the Humanoids of old, but instead becomes a discussion piece about duty and responsibility with a daft ending. Fingerman’s cartooning is in the European tradition, but not that established by Humanoids.

Around two-thirds of the way through, however, we reach the material that one could imagine interesting Humanoids’ founders. Of the earlier pages they’d admire the art, the abstraction, and probably the whimsy of ‘Hanako’s Fart’ by Taiyo Matsumoto, but starting with Pope’s ‘Daughter of the Mountain’ the strips begin to tap into the spirit of adventure and discovery that infused the earliest Metal Hurlant. ‘Fish’ by Keiichi Koike begins in ordinary fashion, but transforms into mind-bending SF with a side plate of spiritualism, and Katsuyu Terada’s ‘Tengu’ is more of the same. His art is far more delicate, but his spirit matches that of Philippe Druillet, with Koike invoking Moebius.

The scattershot approach of creators given free rein has resulted in some tremendous art. If story content isn’t the highest priority there’s masters at work to be studied in Tipping Point, and over disciplines that range from simple cartoon storytelling to fine art composition. It’s a visceral hit, and a fitting celebration of a game-changing moment for comics. 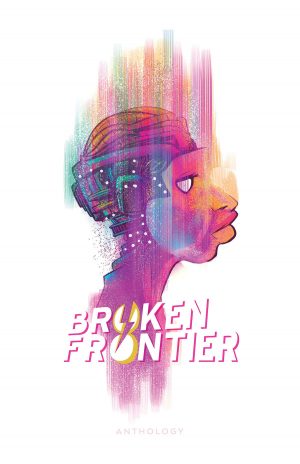 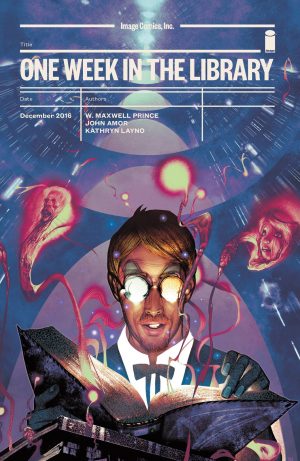