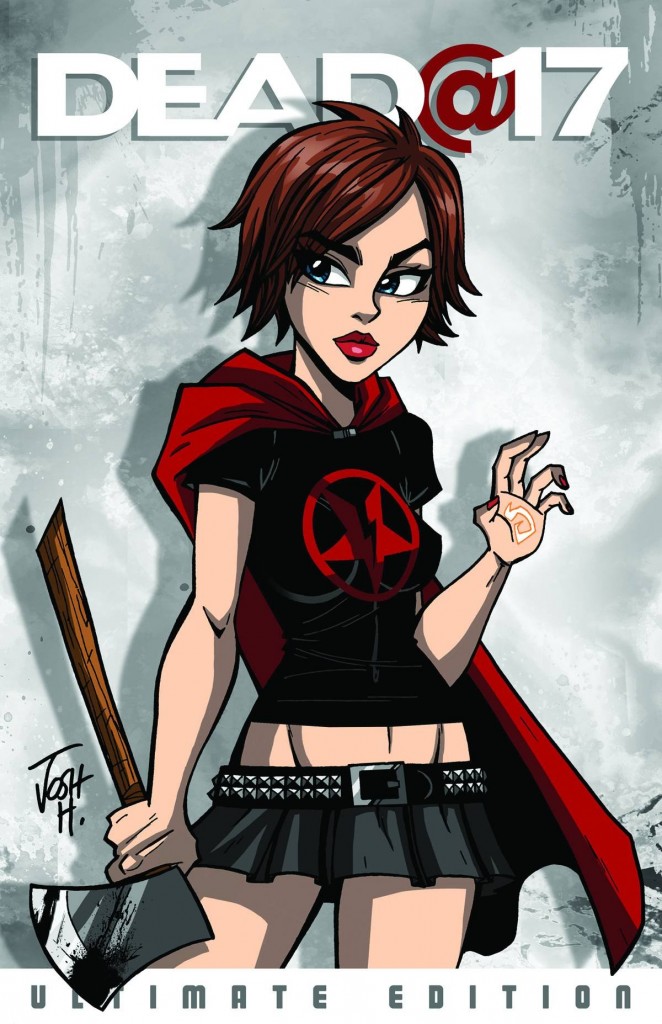 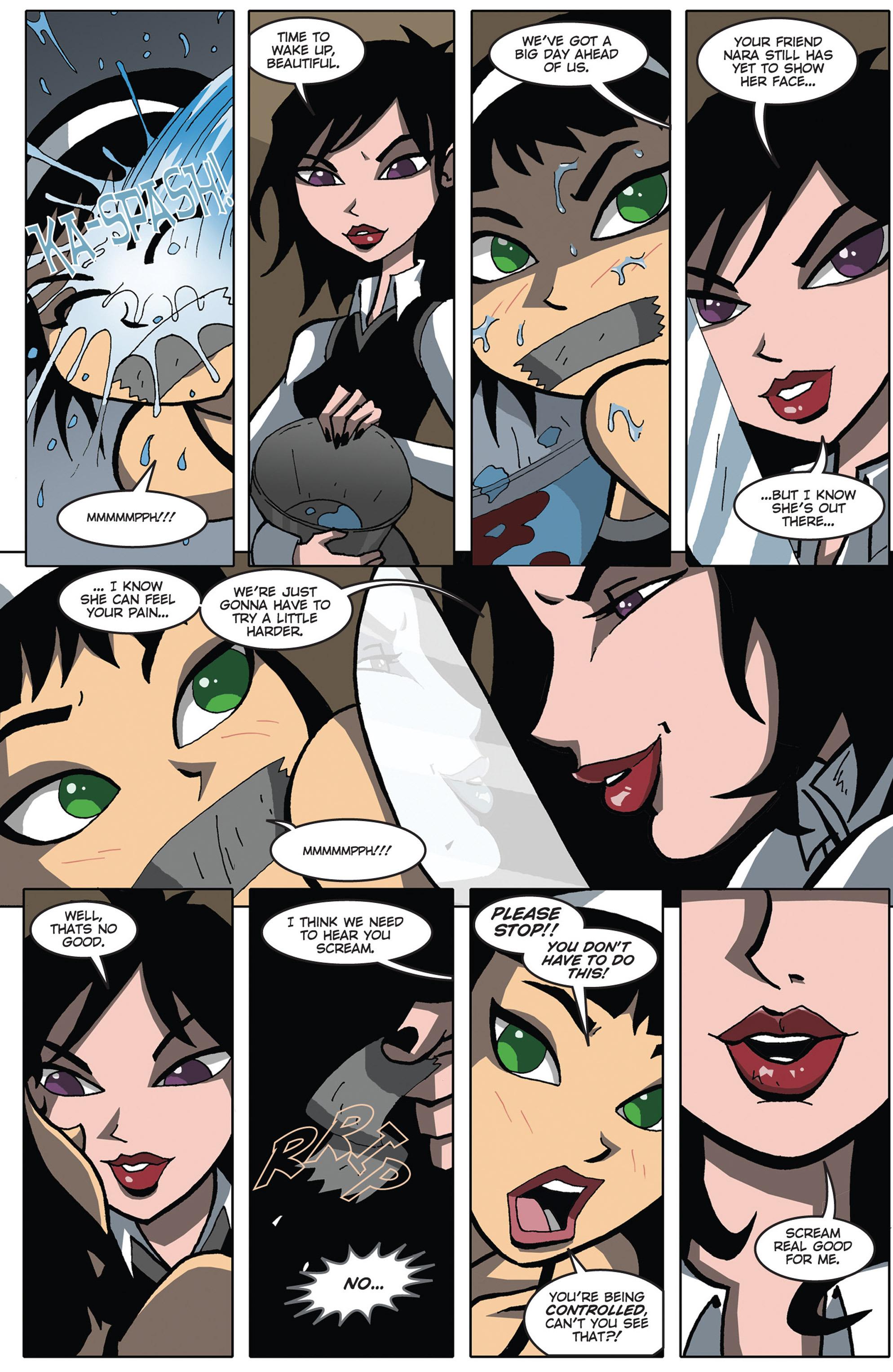 Dead@17 is eventually revealed as an epic horror series with biblical overtones, yet begins emulating Buffy the Vampire Slayer and straight to video horror films. It’s quite schizoid, but the glue holding everything together from the very beginning is Josh Howard’s quality as a cartoonist. At times it appears his influence is Bratz dolls as his teenage girls all have large heads with big eyes and impossibly slim bodies. Howard starts by employing considerable objectification, his cast of young women frequently in action in their skimpies, yet that improves as he matures as a person and an artist. This is a development visually charted in this collection of the first four Dead@17 graphic novels.

Beyond the art much about the first couple of them is very ordinary, but on the first page it introduces Nara Kilday and Hazy Foss, seventeen year old friends whose relationship and progress is the foundation stone of the series. It’s Nara who assumes the fate of the title, but her death is a temporary condition. She’s revived as part of a larger purpose, which is to prevent a demonic invasion of her Dartington Hills home. From there she learns much of what she now is, and why.

That’s picked up over the following three books, over which Howard becomes a far better storyteller, giving more thought to his plots, adeptly foreshadowing events, providing shocks, introducing interesting new cast members, and personalising them well. There are problems, however with the final story, in which people required for later use drift through to no great purpose until the ending chapters, which is where Howard does pull everything together. While his female cast are generally sympathetic and well written, Howard’s not so good with his male leads, and they’re discarded as the series continues. He further never quite settles on exactly what he’s presenting, and the ground shifts from story to story, with the best of them the third with its biblical overtones and strong characters. In this material Howard never becomes the complete writer, but a characteristic of the series is how he’ll surprise with an interesting observation or comment.

Dead@17 grew a fanbase gradually, so while this content is available as individual graphic novels, they may not prove the easiest to find. The first is just titled Dead@17 after which there’s Blood of Saints, Revolution and The 13th Brother. Three further graphic novels followed what’s collected here, beginning with Afterbirth, and they’re united with this content in the Complete Collection.