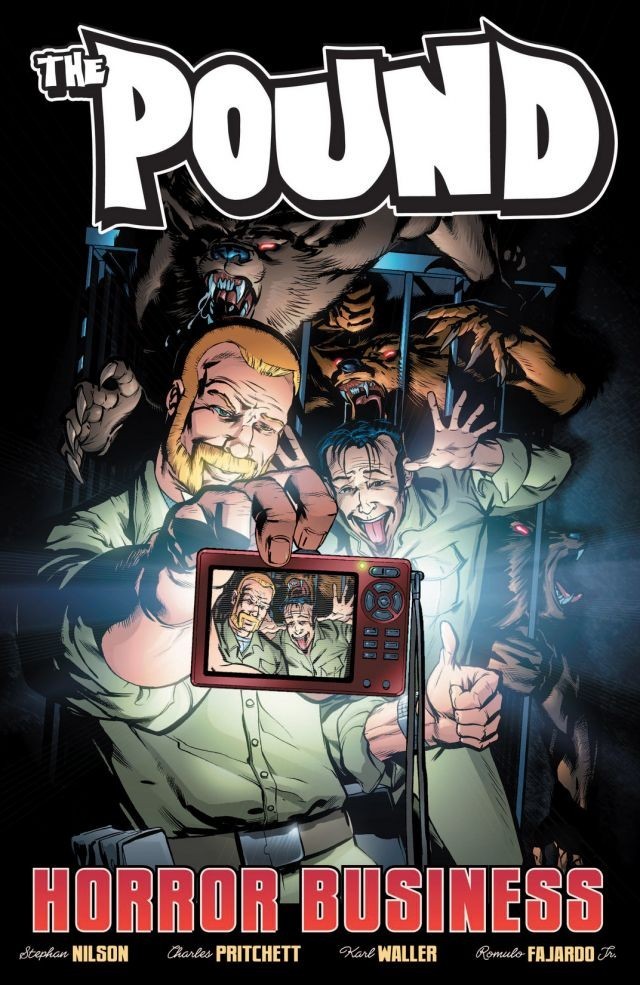 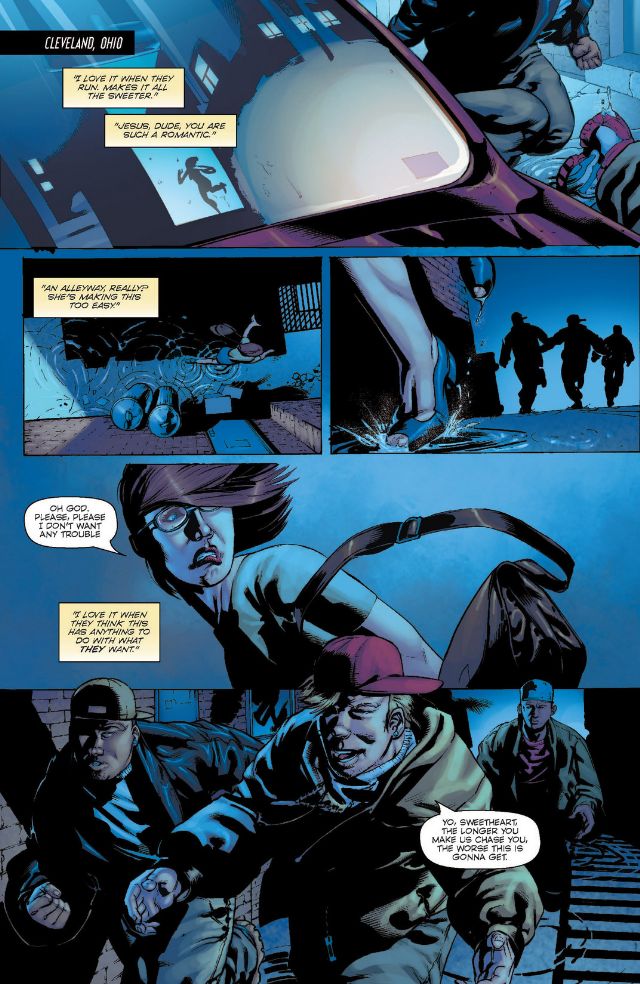 Scott Allison has been laid off from his job at the county dog pound due to the economic crash and resulting budget cuts. It’s not the first time. Something else will come up. His partner Howie Lynch is using this as an opportunity to start something new, to be his own man, even if Scottie only said that to make Howie feel better about redundancy. So instead of waiting for the county pound to give them their old jobs back, Howie persuades Scott to join him in their own business simply named The Pound. At the moment they are happy to pick up all the night shifts no one else wants until their reputation improves. Scottie isn’t that happy but he has a family to look after. Then they get a call to pick up a large stray dog in a local high school after-hours, and end up to their necks in a world where werewolves, vampires, and other creatures of legend exist. They might only be animal control, but Scottie and Howie are the only ones who stand between the rise of the monsters and the city of Cleveland.

Things that go bump in the night with a modern day spin are hardly a new concept, and by the time The Pound came along the Twilight craze was starting to settle. Creators Charles Pritchett (the letterer here) and Stephan Nilson separate The Pound from the rest by making their protagonists your normal run-of-the-mill blue-collar working-class guys, very likeable and very relatable. Another clever approach is for writer Nilson to take every notion, every idea, every horror concept ever conceived (literary, mythically, cinematically) and mock the hell out of it. From Twilight to The Wolfman, the classic and the new, it is all lovingly skewered. Again, the parody’s not original, but the idea of two working class guys taking the opportunities given to them is actually a stroke of genius. No sense of destiny or grand calling, just doing it because nobody else is, and then figure it all out later. Scottie and Howie are animal control experts who use the methods at their disposal, so whether it’s a squeaky toy or darting the hell out of a lycanthrope, this is hilarious fun.

Ultimately, the story is let down by its artwork. Not that Karl Waller’s art is awful, because the portraits, backgrounds, and monsters in general are quite smart. This is ultimately a horror story, with horror elements, but the art just does not go there. There is no accompanying sense of eerie creepiness. Characters look great when talking or standing still, but lose their soul during action scenes where the movements are stiff and ineffective. In short, it lacks the scare factor.

Nilson and Pritchett are a pair of guys who probably love the monster genres, thinking they are good and stupid at the same time, and their writing ensures Horror Business is wildly entertaining. Like 1980’s film classic Big Trouble in Little China, you have a blast at the sheer utter madness of it all and there are worse ways to pass an evening.

The Pound continues the monster fun in Ghoul’s Night Out. 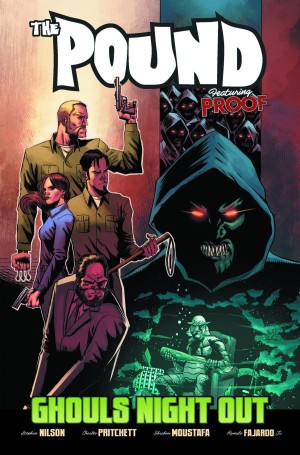