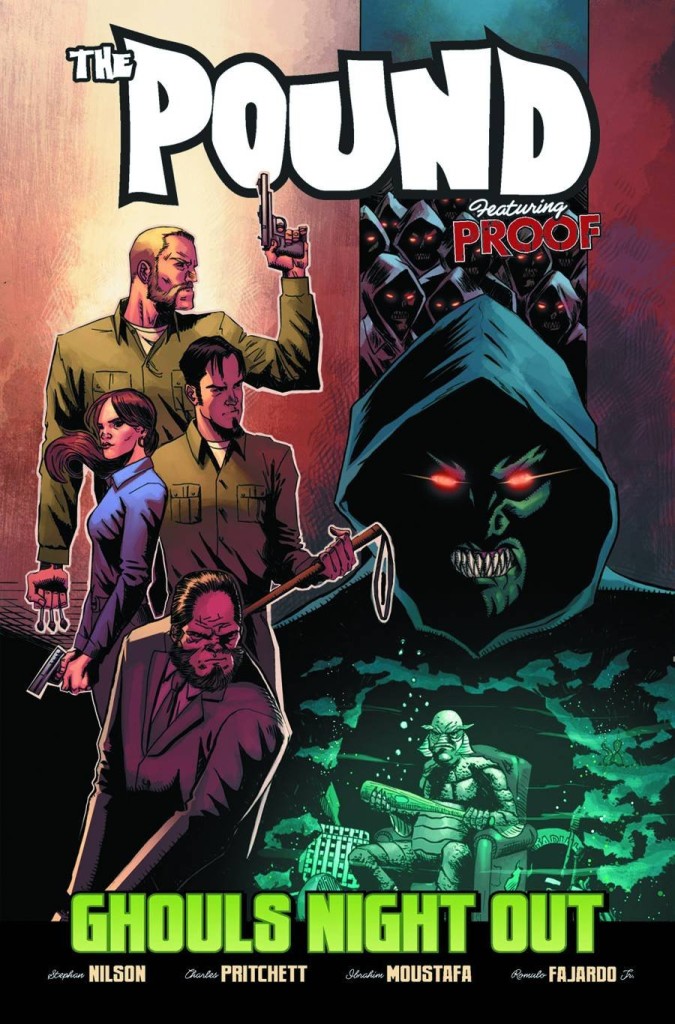 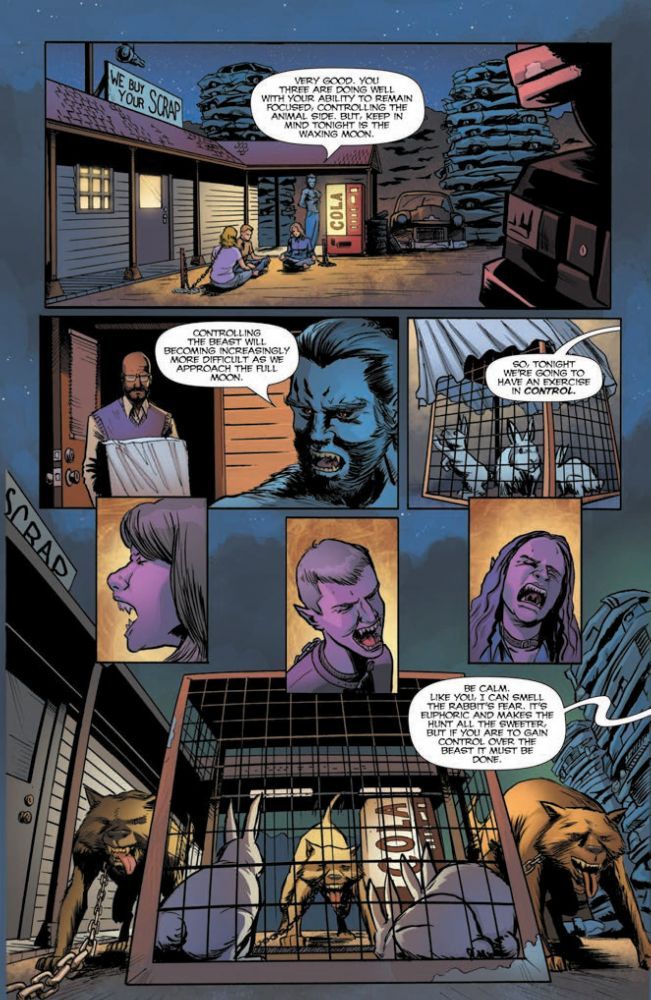 Scott and Howie have just begun to settle into business as unusual, when the county sheriff starts employing them to control some of the county’s weirder “animal” control issues. This is despite not quite believing them himself. First on the list is an old movie legend who hates golfers and just wants to be left in peace. Turns out he feels quite at home at the Pound, even becoming useful in his own way. Which is a good thing, because the ghouls and lesser monsters are staging a revolution against the weakened upper castes, and Scott and Howie are going to need all the help they can get.

The aftermath of events in Horror Business has upset the delicate balance of control in monster society, inadvertently endangering a years old pact between the US Government and Homo Monstrum. Agents John ‘Proof’ Prufrock and Ginger Brown arrive to assess whether The Pound are a threat to National Security or its unlikely protectors. What’s strange is that most of the monster community seem to know more about Howie and Scott than they are letting on, more even than the boys know about their own private lives. So not only will they have to save Cleveland again, but also help the monster clans who previously tried to kill them and deal with personal revelations that are going to change everything. Just another day at The Pound then.

Writer Stephan Nilson makes Ghoul’s Night Out a riot of fun, the creative team never taking themselves too seriously even in this crossover with the cast of Proof. Gil (the monster movie legend) is a clever and comedic addition as is the revelation of what Homo Monstrum species Amenta’s clan is. It’s full-throttle adventure, but so fast-paced that there isn’t time to really add more flesh to the frame of this story. It lacks substance and falls foul of the clichés it generally parodies. The Pound’s charm lies in Howie and Scott being ordinary guys using their skills in extraordinary situations, but some of the personal revelations threaten to derail it. Predictability could interfere with the future of the story.

Ibrahim Moustafa’s artwork is as mixed as the storyline. It is bold, clean and uses simple backgrounds to good effect, and the characters themselves are drawn well. Some scenes are very good, but he’s not solved the problem Horror Business had with ineffective action sequences, which is exacerbated here because there is a lot more action than in the first volume. It’s also chaotic and hard to follow exactly what’s going on, so given that brawls tend to be chaotic and not beautifully choreographed, this can be overlooked to some extent, but they’re not as captivating as other frames. Like its predecessor Ghoul’s Night Out simply doesn’t have even a hint of the creepiness good horror needs, Romulo Fajardo’s colouring too bright and airy. Moments of dread are fleeting rather than sustained.

The saving grace of The Pound is its likeable characters, and while this isn’t quite as good as book one there is the potential to develop into a great series. The last page suggests another outing but nothing has materialised as yet, and this took a year long Kickstarter campaign to raise the funds. If you prefer your horror light, fun, with plenty of prods at Twilight and other denizens of the creature dungeon, then you might find this pleasantly entertaining way to while away the time before the graveyard shift.