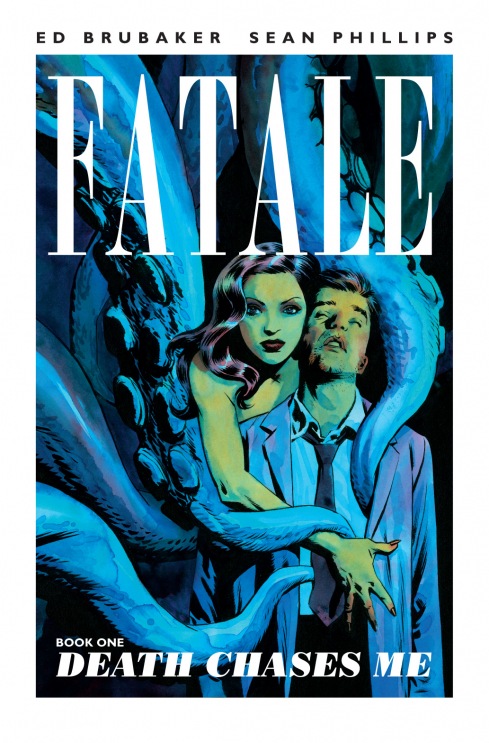 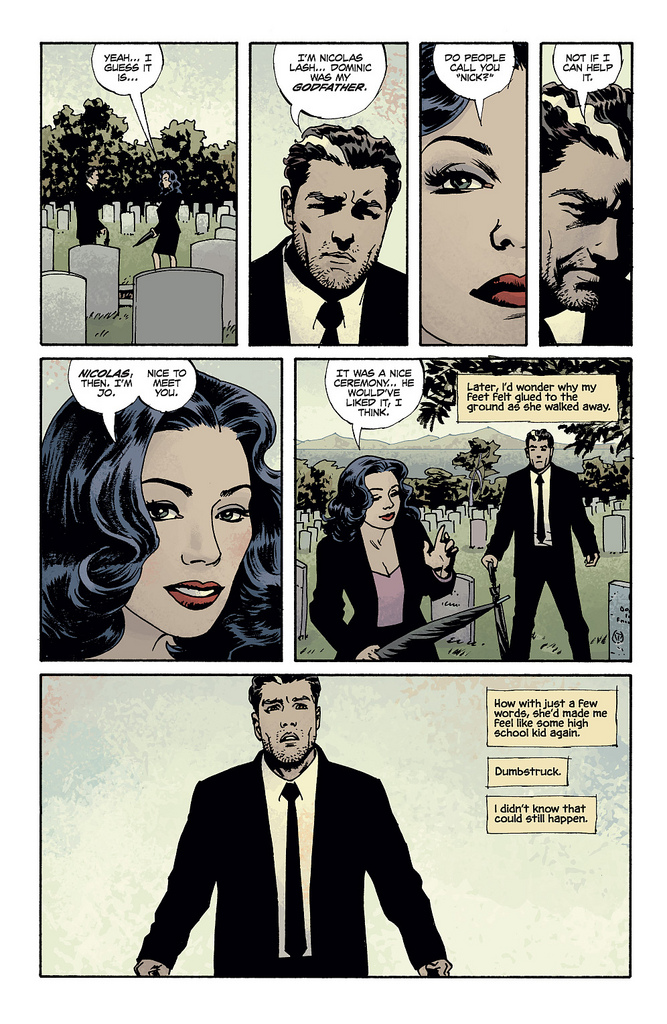 Fatale was originally billed as a twelve issue series, but destined for more. Penned by Ed Brubaker and stunningly rendered by artist Sean Phillips, it has all the elements of crime-noir with its bleak setting and leading dame who needs protecting by strong men. It’s just that any male who becomes involved with this dame tends to see his life disappear into a chasm of ill fortune at full throttle, drawn into a world that is not all it seems.

At the funeral of his godfather Dominic ‘Hank’ Raines, Nicolas Lash meets Josephine, a woman claiming to be the grand-daughter of an old acquaintance of Raines here to pay her respects. She bears an uncanny resemblance to a photo of Raines with her grandmother, and when she rescues him from strange thugs, Nicolas’s life is dramatically altered. Flashing back to the mid-1950s, Brubaker supplies a wonderfully congruent story as bleak and gripping as the best noir. It twists and turns as we meet a young Raines who becomes involved with a mysterious and enigmatic young woman named Josephine, thrown into a world beyond his imagination and on a collision with Jo’s lover, Detective Walt Booker.

Brubaker’s script packs in tragedy, betrayal, and dark mysteries that play on conspiracy theories and tales of dark orders willing to pay for immortality and power in blood. This is classic noir: with a dark supernatural edge, an edge that is gradually revealed in a way that makes you wonder if you really saw what you think you just saw. It is a technique used often in film, employed so masterfully here with the help of Phillips’ absolutely superb artistic renderings.

There is amazing detail with the characters in the foreground, colours smudged and blending with dark shading to set some bleak settings. It’s apparent there is something mysteriously dangerous about Josephine and this world she inhabits, the shadows alluding to a dark side we initially see glimpses of. When the horrors do arrive it is short and sharp, and utterly terrifying. Phillips is masterful, adding an unsettling level that simultaneously draws inspiration from, and pays homage to, the noir genre as a whole.

The supernatural world layered on the natural is something Steve Niles and his artistic collaborators achieved well in Criminal Macabre, except Niles undercut his horror and tension with humour. There are no laughs here, in either Brubaker’s scripting or Phillips’s art. It is bleak, tense, dark, and desperate, but does it ever sweep you off your feet and drag you along! Brubaker and Phillips’s tactic of switching perspectives between Nicolas, Hank, Walt, and Josephine over two different eras is effective, creating very broken individuals willing to use others for the own gain as the protagonists, and barely more honourable than their foes.

Death Chases Me garnered positive critical praise, Brubaker and Phillips both nominated for a number of Eisner awards. Colorist David Stewart won the Eisner Award for Best Colouring, only the eighth time he has received it (he has won it a total of nine times).

The team continue to add depth and detail to this gripping story by travelling forward to the 1970s in The Devil’s Business. Both are collected in Fatale: The Deluxe Edition volume one. 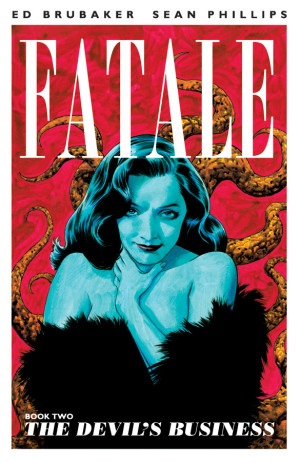 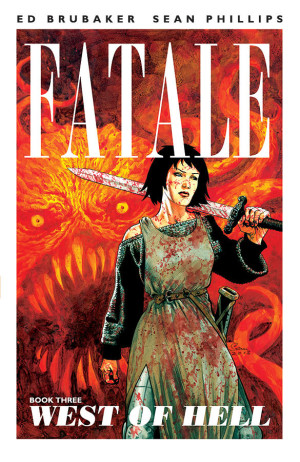 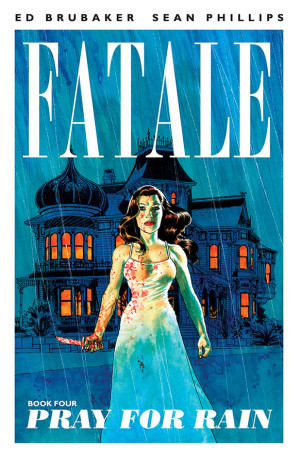 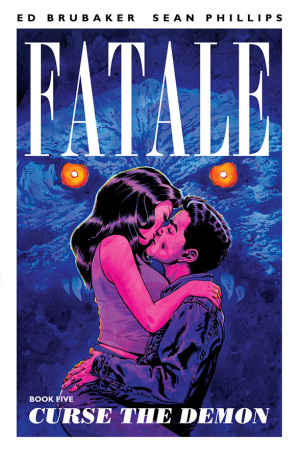