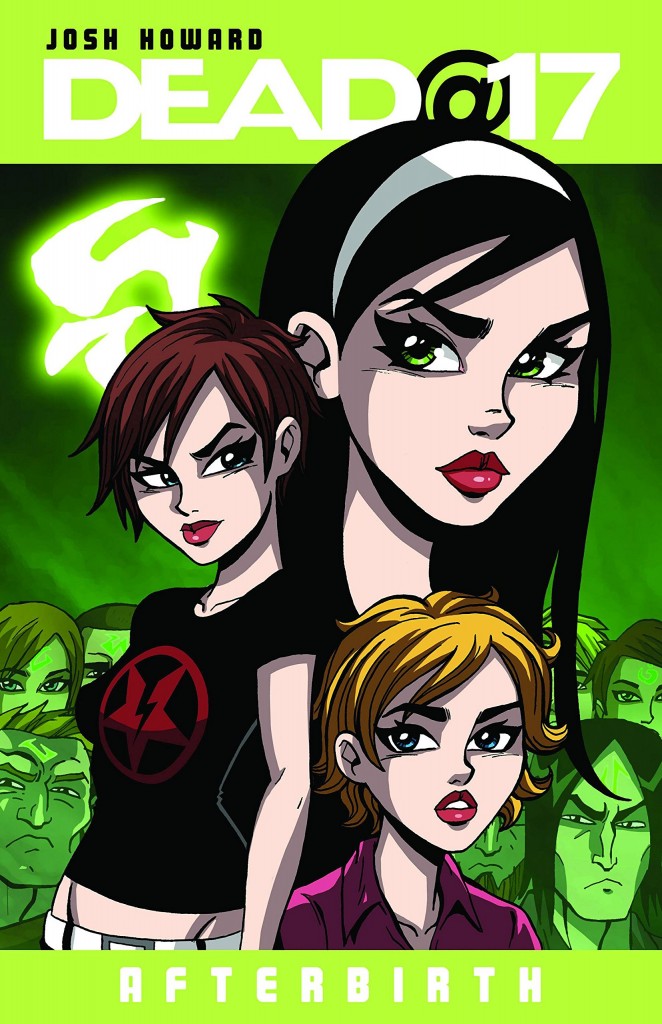 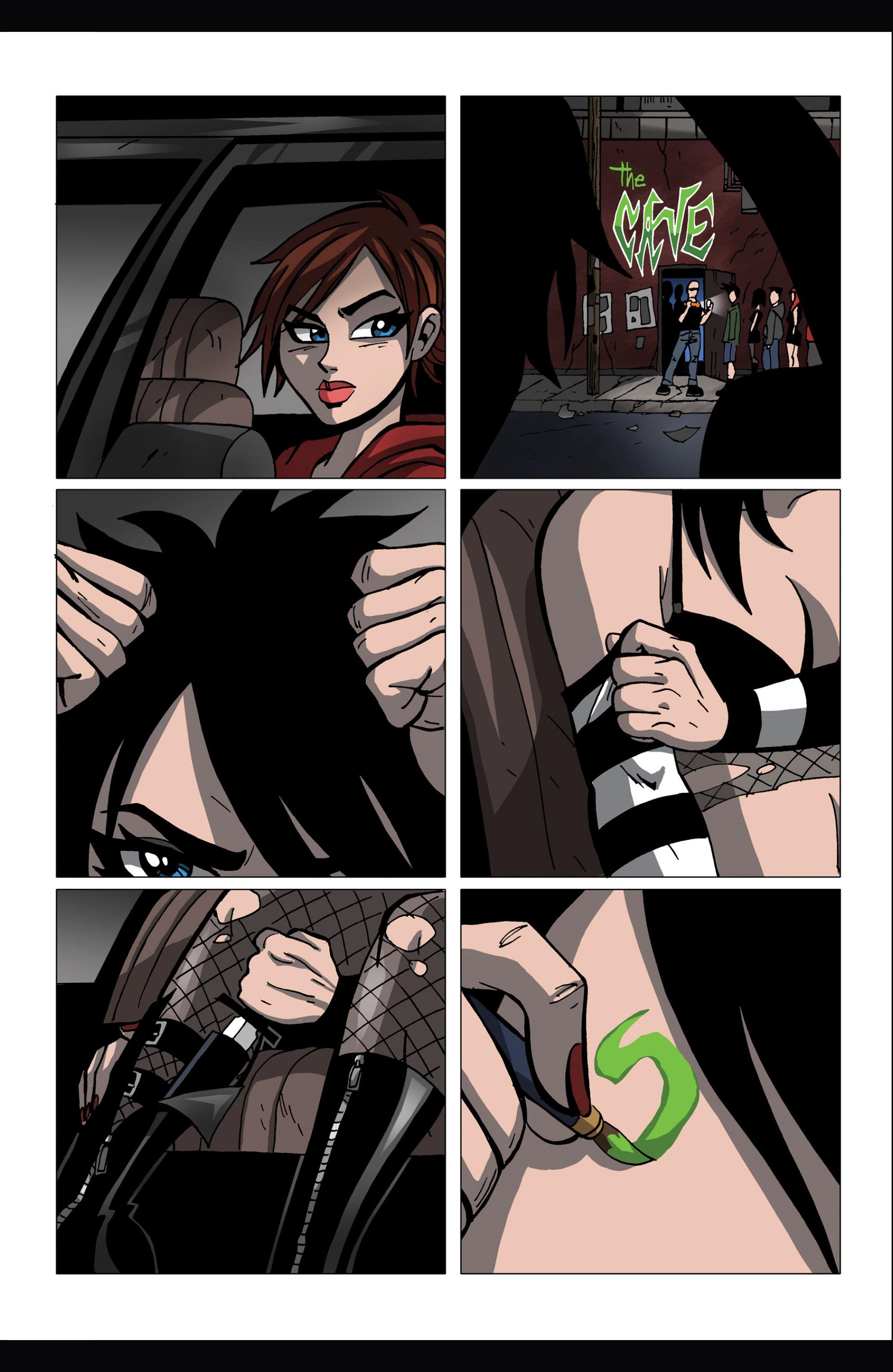 They’ve grown up together, but a lot has happened since Nara Kilday and Hazy Foss turned seventeen. Nara has died and returned to life, while Hazy has given birth. Time, however, has passed differently for them, with Hazy now in her late twenties, but Nara, now bereft of supernatural powers, several years younger. Things aren’t going so well. Demons are manifesting on Earth with greater frequency, and Hazy is experiencing belated after effects of what she went through in The 13th Brother. That’s in addition to being the guardian of the key that opens the gates to hell.

Dead@17 has to this point always been a series that looks good, but to a great extent that’s disguised the overall thrashing about, with Josh Howard never quite convincing when it comes to his plots. There has been an overall picture, and it needed the patchiness of The 13th Brother to pull the elements together. In Afterbirth Howard finally solidifies an ongoing plot, and it kicks Dead@17 up a level. Nara is cast as an outsider, the voice in the wilderness, although operating furtively. She knows exactly what’s going on with people on whom a demonic sigil has appeared. While society at large is debating about a virus and quarantine, she knows they’ve willingly associated with demons, and is out there slashing and hacking with her axe. Howard’s always had the capacity to surprise by inserting an interesting philosophical concept into what’s broadly a straight to DVD horror scenario, but here it occurs more often, and it adds a depth to the cast.

Until now Nara’s been able to deal with demons, but they now have a smart, wealthy and calculating emissary on Earth, and his manipulation keeps the plot boiling very nicely. The ultimate aim is still to open a gateway to allow demons to invade Earth, but this requires the complicity of Nara and Hazy, so while a stalemate seems to be the status quo, the plot makes this an engrossing game of cat and mouse.

As ever, Howard’s art raises the overall standard. Animation style cartooning might not seem the obvious choice for a run through horror movie scenarios, but it works well in both distancing the horror in places and accentuating it in others. Some scenes in the final chapter sail close to horror cliché, but the manner in which they’re illustrated prevents this. It also draws the sting from a point to which the plot has been leading, but will nonetheless shock as a fine piece of storytelling.

Afterbirth is the best in the series so far, leaving Nara in a very different place, and even better is to come, starting with The Witch Queen. Both can also be found in Dead@17: The Complete Collection, along with the rest of the series. 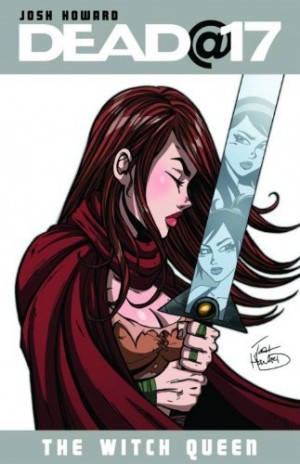