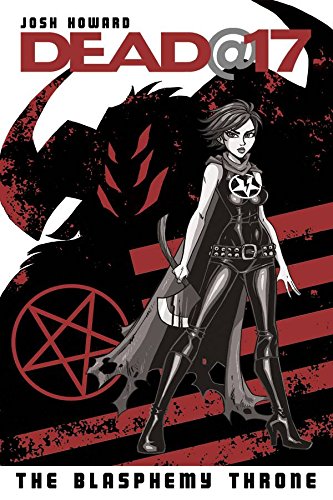 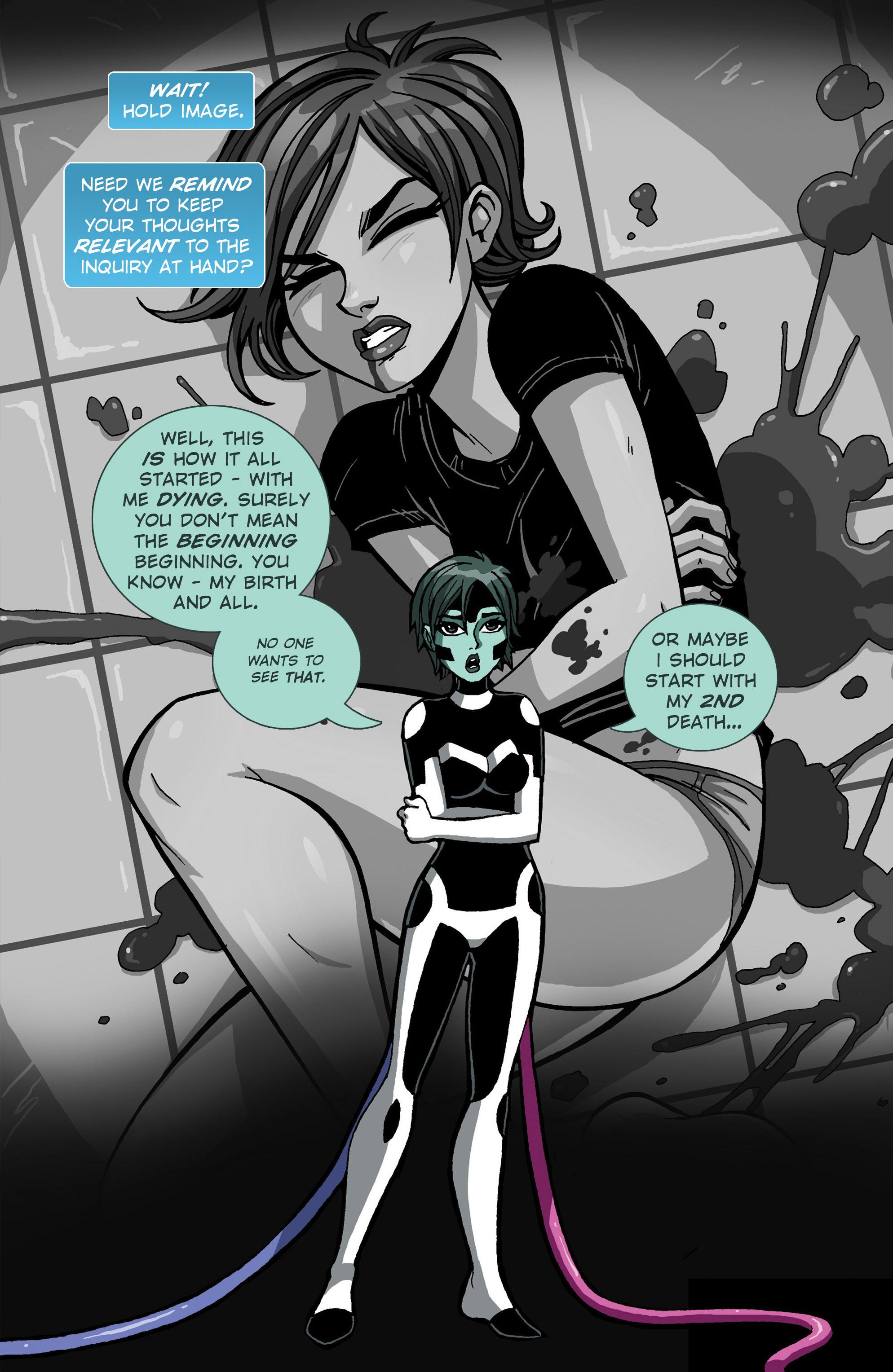 This final graphic novel concludes the story of Nara Kilday, begun by Josh Howard almost a dozen years previously, and it’s the series high point. With a slight stutter around The 13th Brother, Howard has been improving the story slowly volume by volume, and what’s anomalous and pleasing about The Blasphemy Throne is that he does so by expanding the plot to incorporate new elements and those he’s toyed with previously without ever really exploiting to the fullest.

The Blasphemy Throne begins well with Nara’s appearance unexpected and she’s seemingly unconcerned about the very different Earth she was returned to as The Witch Queen concluded. We learn more about her pre-demon slayer days and discover that Earth has changed. A lot. To all intents and purposes it’s now under demon control, and those humans who’ve not succumbed to their seduction by wearing their mark are now a persecuted minority. Furthermore we’ve now jumped forward a few years and the end of days is imminent.

There’s never been any doubt at all about Howard’s cartooning ability. He lays out his stories well, populates them with attractively drawn people and additionally here has to draw a representation of God. It’s quite the assignment, and what Howard comes up with is bizarre and unsettling, yet also memorable, which is as it should be. He’s also stretched with other aspects of the artwork, and comes up with some unique solutions. His weakest point has always been the demons, which never appear that threatening, and seeing as they’re integral to the ending, that’s a drawback.

It first seems as if Howard has moved toward science-fiction, but biblical elements recur from earlier in the series, and from there he moves into what appears to be a satire of the war on terror, where the erosion of freedom is sold as the price of protection. Once all the players are introduced Howard moves his plot into action movie territory, and that may be a problem for some. While the plotting is undeniably stronger and Dead@17 has been built around sympathetic characterisation, it’s also a series that’s subsisted to date on the standbys of horror cinema now almost avoiding them entirely. The squidgy demons are back for the final thirty pages or so, but will that be enough? Perhaps returning other characters from earlier in the series will suffice.

For all that, some portions of the story plain don’t make sense, and there’s no concessions for anyone who hasn’t read the entire series. Characters drift in and out and anyone just picking up this conclusion will be left scratching their head more than once. Howard has other lapses such as presumably knowing just who everyone in his final chapter is without clarifying it. At times it appears Nara’s in two places. Maybe she is due to the Gemini effect, but we can’t be sure. That said, he maintains a tension and uncertainty to the end, and it’s also good to see far less reliance on women on their underwear. There’s a lapse right at the end, but one that can be justified given the circumstances. The way Howard ends the series on the final page is original and noteworthy, and makes up for a lot.

The entire series is available as Dead@17: The Complete Collection.