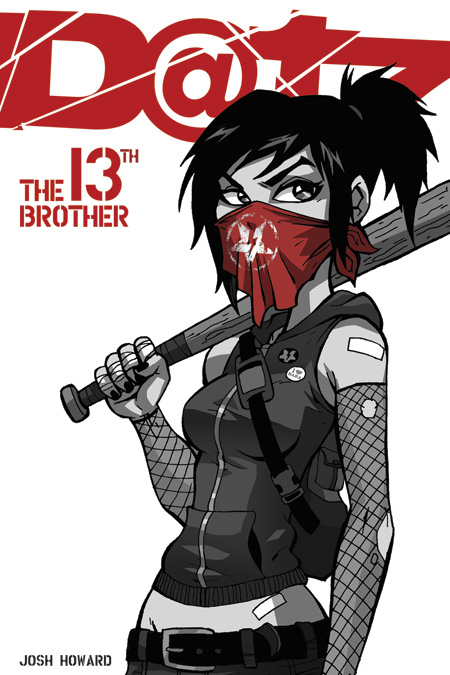 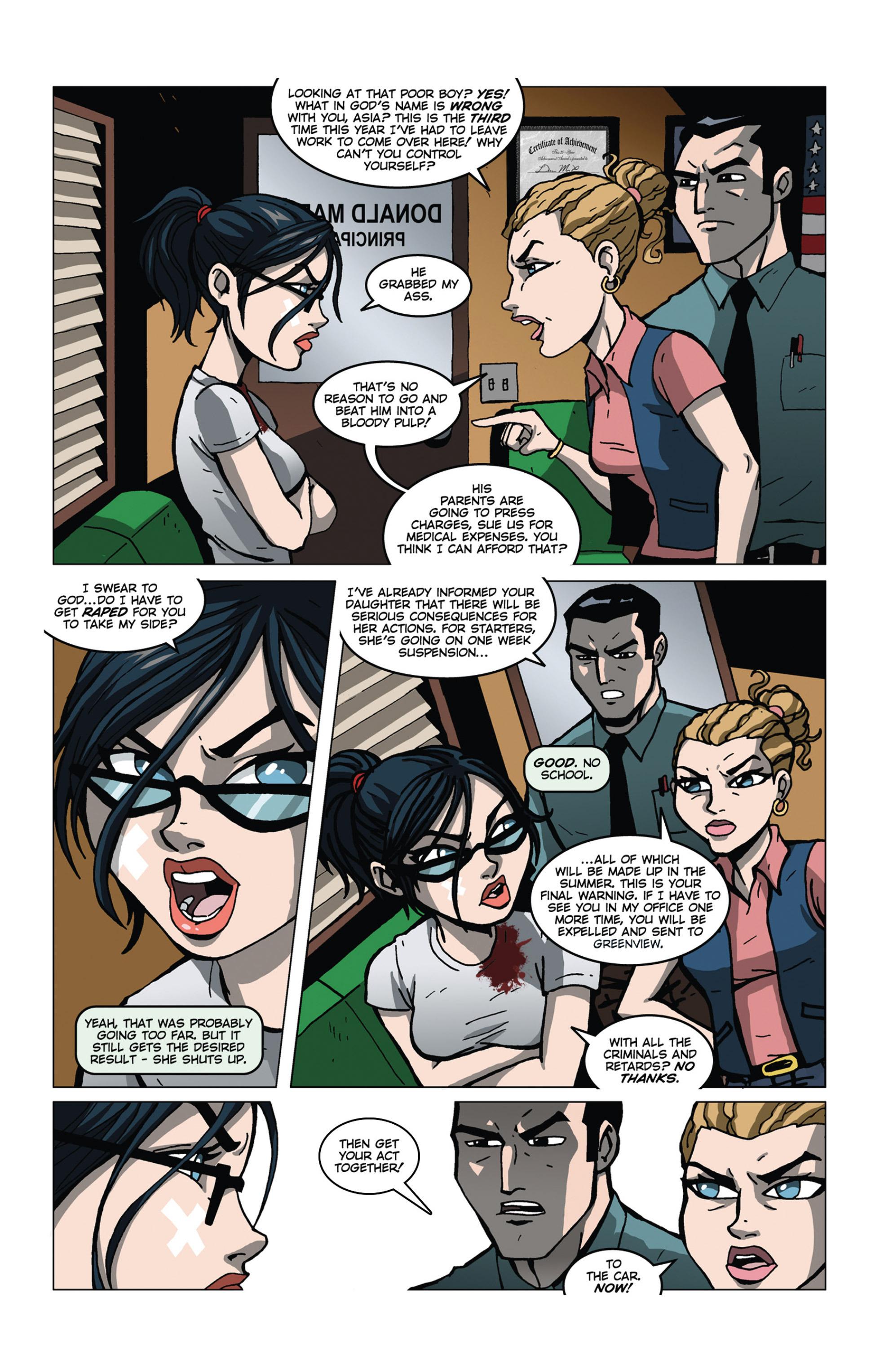 Josh Howard certainly starts us off on the back foot. A form of decisive conclusion to the previous three graphic novels occurred in Revolution, and while to date every one of them starred Nara Kilday, she appears absent from The 13th Brother, Howard instead introducing a number of teenage girls in Dartington Hills, Nara’s home town. Although most remain unaware, Dartington Hills is still targeted by the demonic fraternity, and it all appears about to kick off.

The first young woman we meet is Asia Black, who’s being bawled out by her mother in the principal’s office after beating up a boy attempting to grope her. She’s about to turn eighteen, so fits the title profile, but has a torrid birthday party ahead of her.

While technically there’s not a title character, it’s a brave move on Howard’s part to progress his ongoing story without Nara, but it’s a decision that weakens the series. Until The 13th Brother the overall progression has been upward, but discarding a charismatic lead character who’s been developed over the course of three graphic novels in favour of mystery is a mistake. It’s as if Nara has been mentally dismembered and portions of her personality allocated around the new cast.

It’s not until beyond the halfway point that what Howard is doing begins to mesh. By now he’s removed Dead@17 well away from the Buffy influence, and there’s a dramatic and tragic quality to much of the second half of The 13th Brother, but weighed against the remainder it’s still a mis-step. Furthermore, Howard introduces several characters who drift in and out with little purpose until the finale, which applies to previous supporting character Hazy Foss. She’s ultimately important to the conclusion and Howard has a good revelation about her, but Hazy’s overall use is clumsy.

An unusual verbiage characterises this story, but as ever, Howard’s cartooning is a saving grace. The 13th Brother is still a slight retrogade step, however. As a series Dead@17 grew slowly, gaining more readers with every new story, so before Afterbirth everything to date was gathered as the Ultimate Collection. Alternatively the entire Dead@17 saga can be found as the even larger Complete Collection.