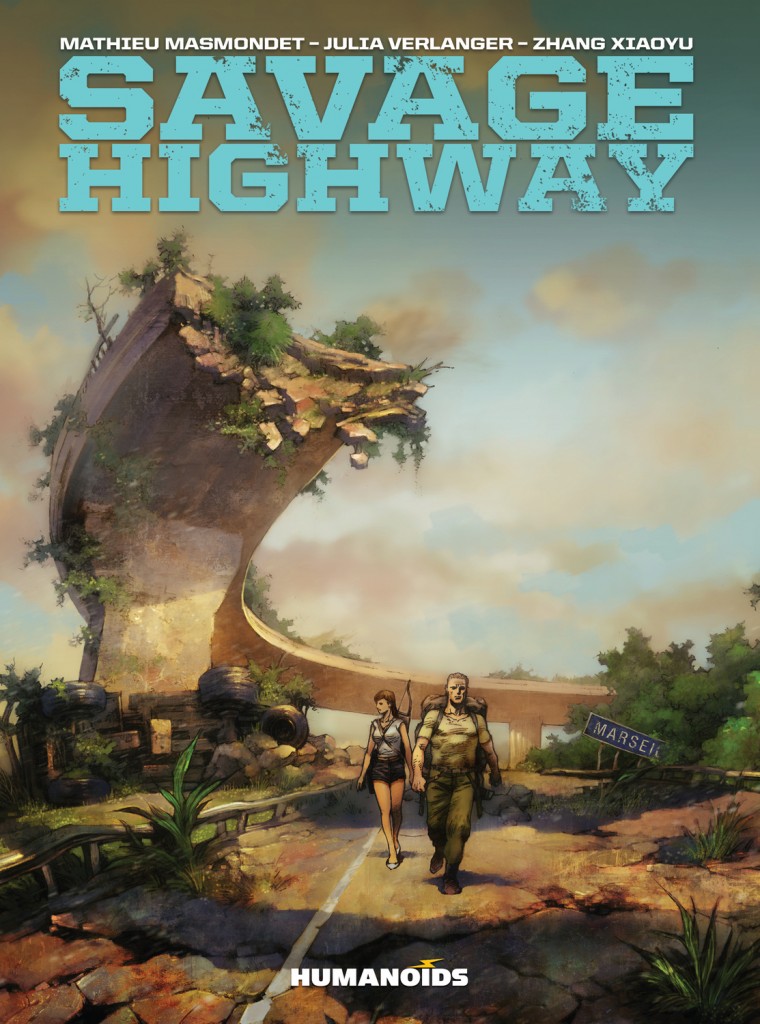 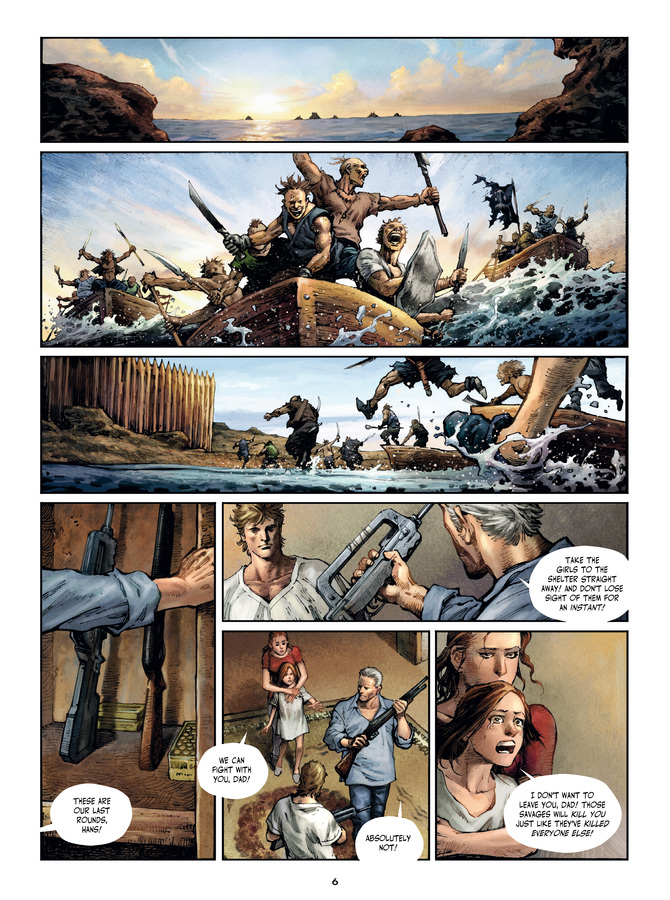 Julia Verlanger’s 1976 novel L’Autoroute Sauvage pre-empted Cormac McCarthy’s The Road in presenting a bleak post-apocalyptic society where pockets of humans barely survive, and those that do have to prey on others.

When we first meet Helene she’s charged with keeping her younger sister safe as they escape an attack on the island where they live. She hears her father being murdered by a gang of marauders, but her sister Anna is captured. Later we learn of her horrific experiences from that point to when she meets a well-armed alpha male who kills the three men attempting to rape her. Her rescuer is Mo whom she harangues about travelling to Paris where she believes her sister is. This is despite being told Paris is extremely dangerous for anyone, let alone unaccompanied women.

Mo and Helene wander vaguely in the direction of Paris encountering distressing examples of humanity, as assorted groups have created ways to justify abhorrent behaviour. These range from plain old-fashioned gangs to organised forms of religion. Along the way they hook up with a fellow loner Jin as we learn about Mo’s past. This is well conveyed, with adapter Mathieu Masmondet leaving it to artist Zhang Xiaoyu to inform about the past.

Xiaoyu is some artist. He has the European action style down pat, although sometimes there are hints of Richard Corben about his work, and his characters populate credible environments. It’s been some while since disaster struck, and Xiaoyu’s depiction of what’s left is both stunning and depressing.

There’s a narrative convenience about Savage Highway with regard to major characters eventually coming across those who did them wrong in the past, and nagging unexplained aspects irritate as the book continues. Mo is perfectly capable of speaking when he needs to, so why is he silent most of the time? Toward the end the actions of a previously seen character are at odds with what they’re saying, and this makeover appears at odds with timescale involved. These elements wouldn’t occur if the remainder of Savage Highway was compelling. It works as action adventure, but even within this combination of three original French albums there’s repetition. There is a revelation of how humanity devolved into scavengers, hunters and thugs, and this was probably unsettling and new to readers of Verlanger’s novel in 1976, but the idea has been recycled too often since and any originality has long since evaporated.

The most puzzling problem, however, considering the plot is the work of a woman, is the poor attitude toward women throughout. The most ignorant male writer couldn’t really have managed any worse. There are times when Helene is seen as nothing but a sex toy, with which she’s occasionally complicit, and this extends beyond the boundaries of the world she occupies. Her character is also frustratingly inconsistent. She lives in this beggars can’t be choosers world, has few survival skills and friendly protection is a life-saving choice, yet she’s offensively demanding at times.

When Savage Highway works, though, it’s exciting and very much lifted by the art. The feeling of unease is well perpetuated, and mindful of movie rights, it’s unlikely anyone today would end the story in the way Verlanger did, so that delivers a powerful surprise. This is ironic given that Savage Highway is being fast tracked as a movie project by Humanoids, and with the graphic novel supplying sparkling storyboards it has every possibility of success.