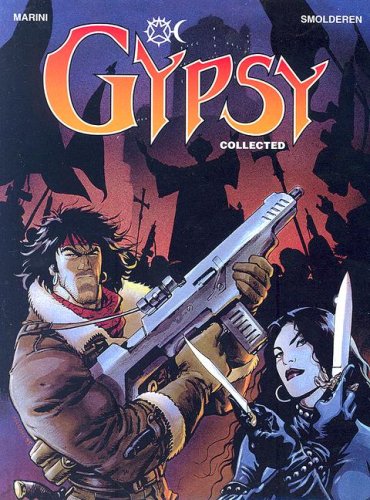 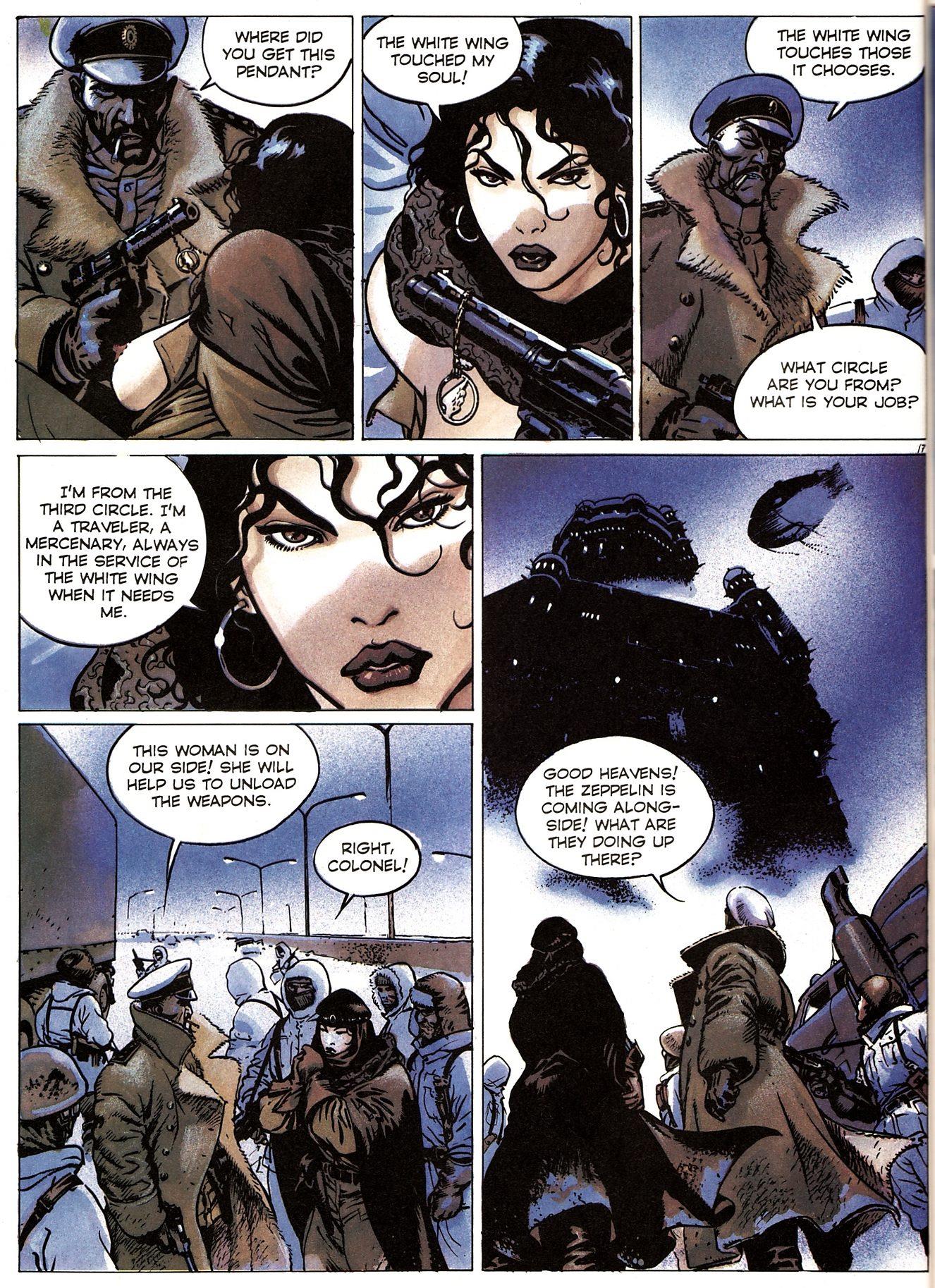 With the primary attraction of Gypsy being the stunning artwork of Enrico Marini, it beggars belief that anyone would consider the ideal format for its presentation to be this smaller than usual graphic novel production. It’s also odd that it’s titled Gypsy Collected, yet only collects the first three of six books published in Europe, and then later translated in Heavy Metal magazine.

The opening two books, The Gipsy Star and The Fires of Siberia were previously issued in a larger format as individual graphic novels from NBM. The Day of the Czar is here seeing its first English language book publication.

We’re viewing a world in the near future when out of control climate has created a new ice age. Despite this, Marini never lets a sense of realism intrude on his illustrations of naked women, who, it seems are capable of withstanding temperatures that require males to wrap themselves in several layers of clothing. Our lead, Tsagoi, is the Gypsy of the title, a violent man who’s adapted to violent times by being becoming the most brutal thug around. He earns a living driving goods along the perilous C3C highway ringing the Northern hemisphere in his reinforced truck and living quarters.

As this book opens he’s joined by his younger sister, evicted from her private Swiss school when he could no longer cover the fees. In Thierry Smolderen’s plot Oblivia is the voice of concern and disgust. The first two books are considered in greater detail in individual reviews, so let’s concentrate on the third.

At the conclusion of The Fires of Siberia Tsagoi was left separated from his truck, but, purely by chance, having made a very influential ally. The weapons he was originally transporting to Siberia come to have a significance, there’s a three way battle ahead, and a corporate heir missing since the first volume turns up in surprising circumstances. Smolderen delivers a little more plot than previously, as we delve into the complexities of who rules areas of Russia, meaning this is slightly more thoughtful than the preceding work.

Smolderen knows what he’s going to get when he hands his plot to Marini, though, and there should be enough of Tsagoi in action (in all senses) to satisfy. In addition to the gratuitous nudity of previous books we now have gratuitous urination to boot, and by the end of the story we’re back to the series as originally conceived with a man and his truck.

Were it not for the miniscule format this would be a decent presentation of a story arc, but the reduction does the art no favours. Those who want to see where the characters go from here are directed to Heavy Metal magazine for September 2001 and 2002, then January 2004.