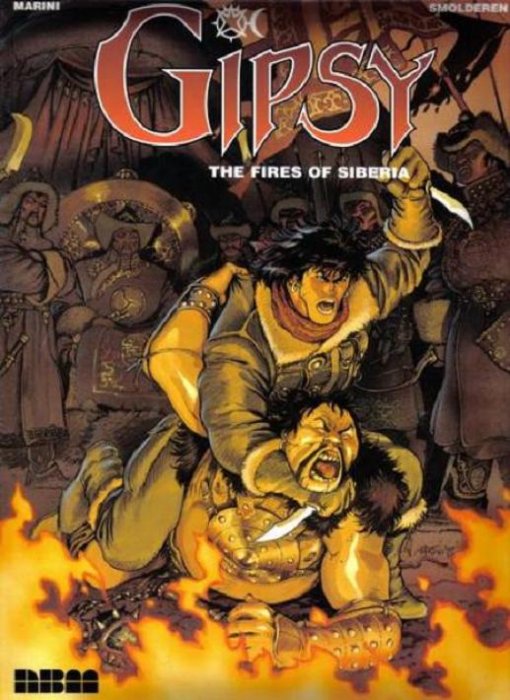 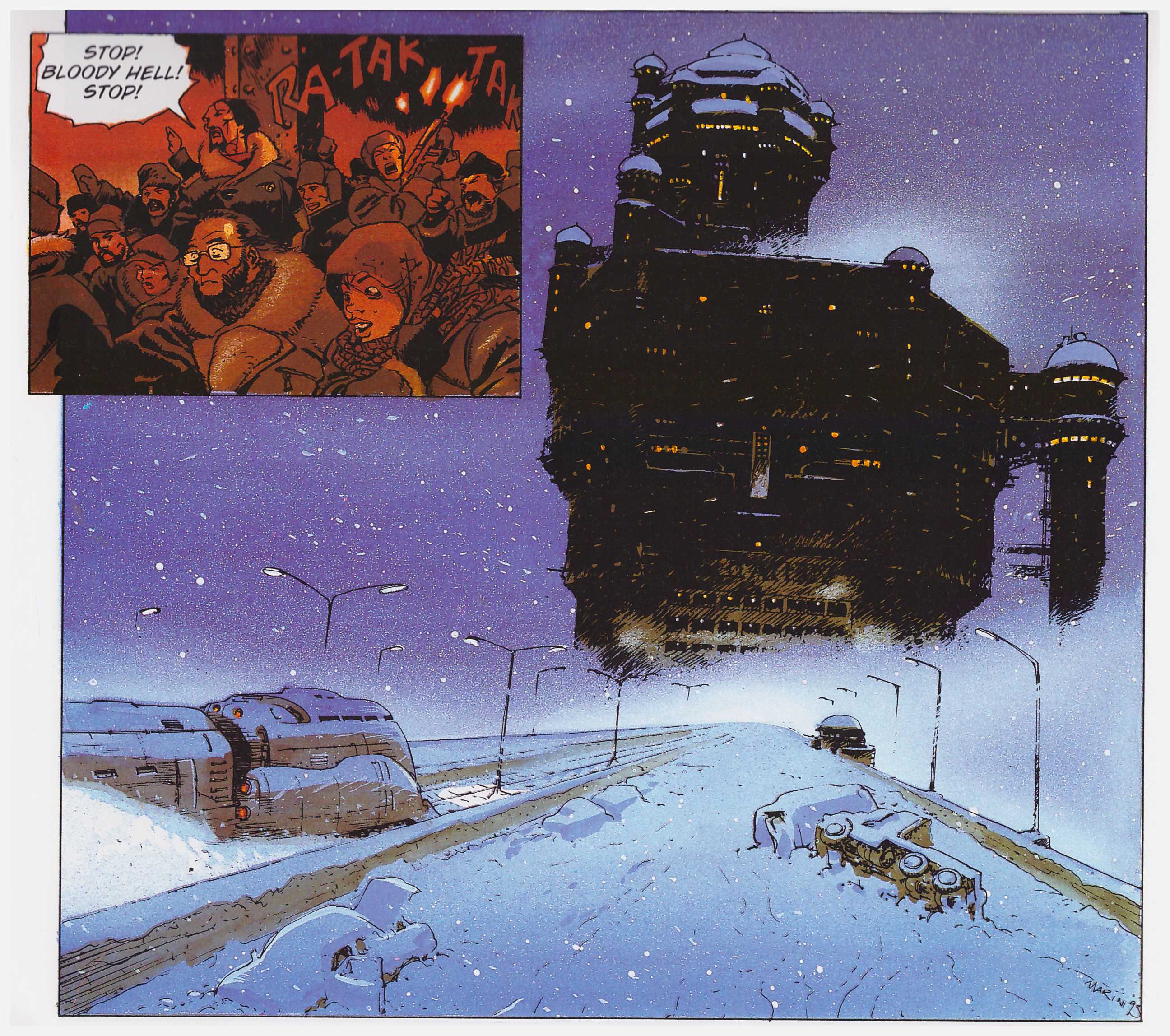 We open with the uncomfortable trio that closed the previous book. The wild Tsagoi is an expert truck driver in this frozen world, accompanied by his educated younger sister, and the mysterious Sorceress with whom Tsagoi has an up and down relationship. Quite literally in the opening pages. In The Gipsy Star Tsagoi was contracted to take a weapons shipment to Siberia, and here we see why. The local population under the control of the odious Slomo fear invasion from the fearsome Mongols, and without the weapons will be unable to see them off. Coupled with the cold, it’s not exactly the environment for Tsagoi to be wandering without his truck.

Thierry Smolderen’s plot is still very much all-action and light on depth, but this contrasts the previous book by sidelining the emphasis on technology. The Fires of Siberia is man against an unforgiving environment. This runs parallel to a plot about corporate political manipulation.

As previously, the real attraction here is the stunning action art of Enrico Marini. He packs his pages with attention to detail, and delivers maximum excitement. Gratuitous sexual content is high, though, and some might be offended by this. Don’t be fooled by this passing the Bechdel test either, as the relevant conversations are between two women in a lesbian relationship that’s nothing more than titillation for the boys.

The problems of the first volume all remain, though. The translation lacks attention to detail, Tsagoi’s flowery curses and exhortations don’t convince, and in a book titled Gipsy, he refers to himself in the third person as “Gypsy”. None of this will matter one jot to those attracted to the widescreen adventure on offer.

Unfortunately the book ends with the story to be continued, and NBM didn’t publish the conclusion. That can be found in the Heavy Metal published Gypsy Collected, which gathers both NBM books along with The Day of the Czar. There were three further Gipsy books published in Europe, and these were presented in Heavy Metal magazine.