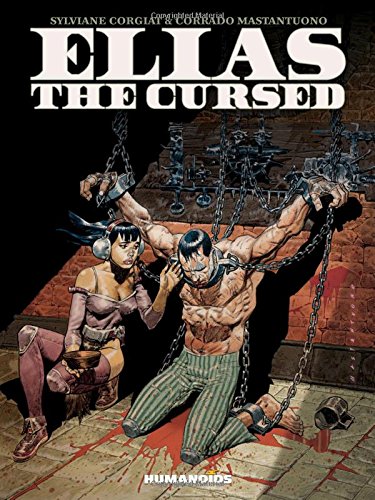 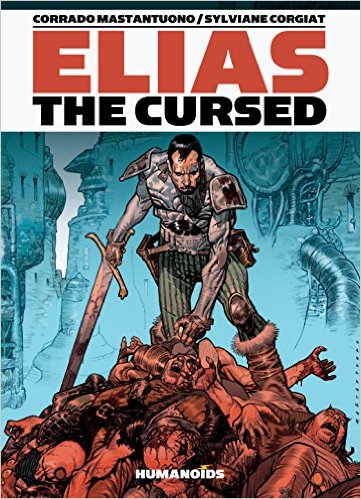 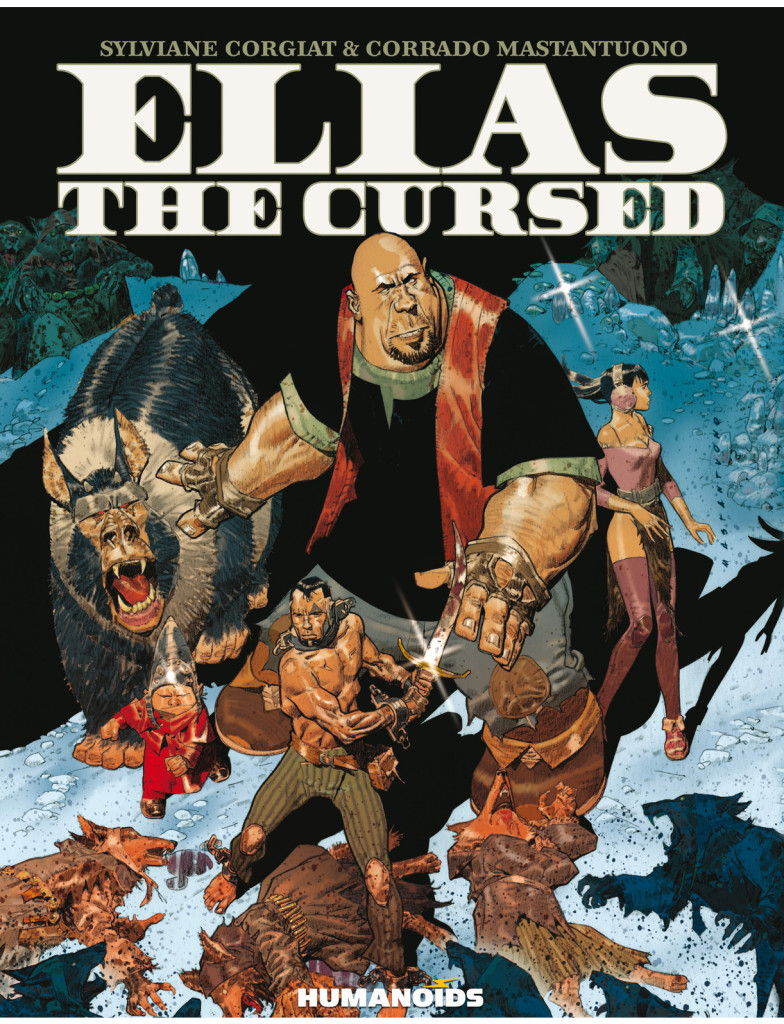 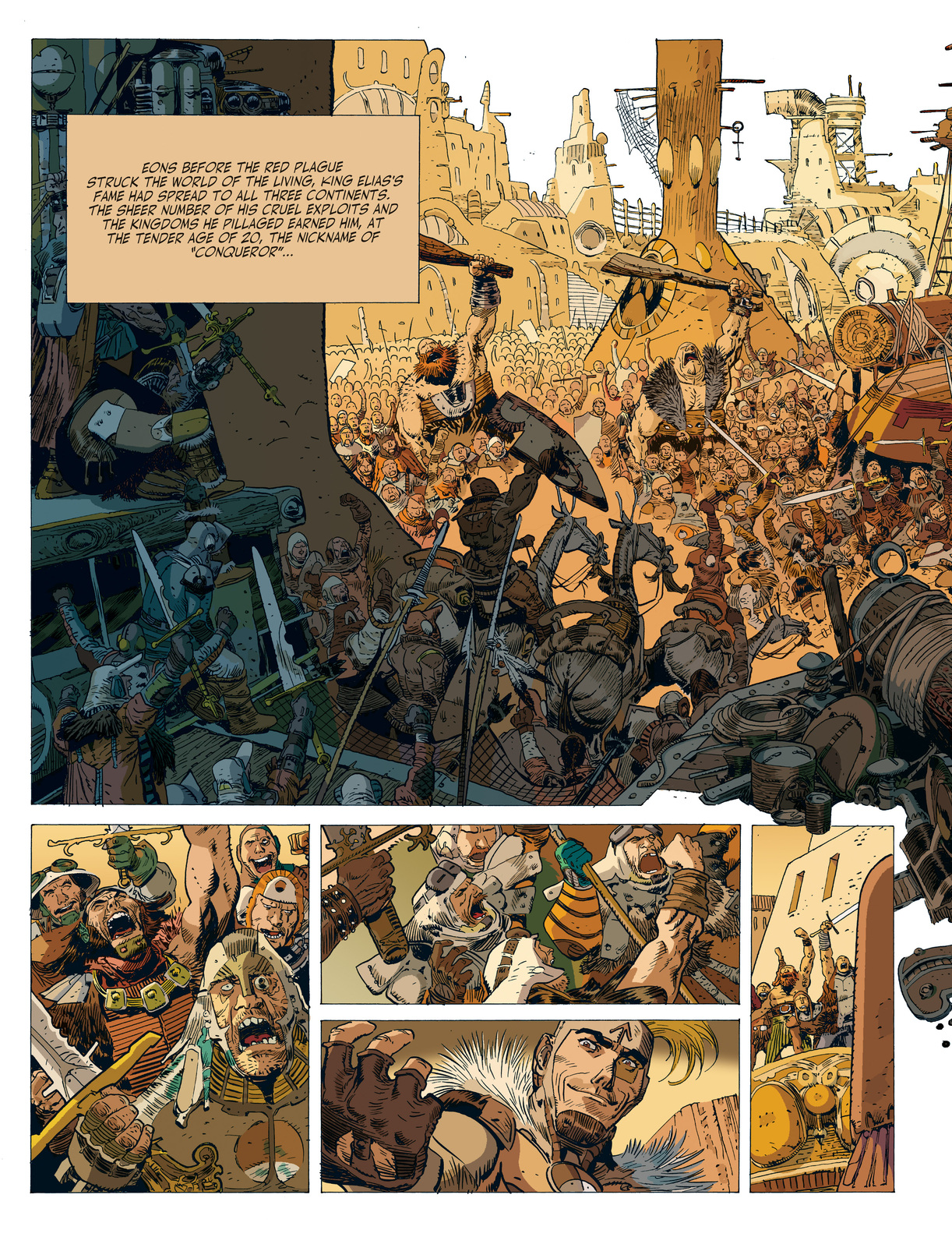 So why is Elias cursed? Well, the devil is in the detail, and there’s no shortage of detail here, both from writer Sylviane Corgiat, and particularly from artist Corrado Mastantuono.

Corgiat establishes early what Elias once was: a cruel, power-hungry and avaricious man who executed any possible challengers on usurping control of his kingdom aged 16. Elias is a skilled military strategist who expands his lands, but can’t match ambition with temperance. Placing a sorcerer under siege proves to be his undoing.

Several years later a lone and very capable traveller named Elias is first seen, claiming he travels to educate himself and on the road to the swamp town of Morgrove, a place where plague has ravaged the population. The period setting is a time when some are armoured, while horses and other, stranger, captured beasts are used as transport. Goblins exist, as do a race of humanoid wolf people, and, of course, sorcery.

Elias’ exploits are transcribed through the eyes of others, most significantly Bertil, a travelling companion he’s rescued from execution as a goblin, and the surprisingly capable Evangeline. She’s knowledgeable about the transfer of disease and how to prevent it well beyond the wisdom of the era. Corgiat has built in a set of cards as integral to the established sorcery, and Bertil believes a myth that the 32 known cards equate to an equal number of living species and each to a specific star that imparts an individual power. Anyone reuniting all 32 cards will also access further power, that to travel back in time and alter their destiny.

As for the art, just take a look at the sample image of that opening page. This isn’t a case of Mastantuono just luring us in with the detail, though, as he packs every single page with images you can really study. He brings to mind a slightly more decorative Jim Baikie or Joe Kubert, possessing a similar loose and scratchy style.

Elias the Cursed is rollicking adventure with enough secrets gradually revealed to sustain the 160 pages, which combine three volumes as originally released in France. As with all sword and sorcery, it’s not linear, and meanders, but Corigat is inventive enough to keep the attention. However, she does tend to throw in ideas without bringing them all to fruition, so the ending is somewhat open. Results have been achieved, but given what’s established, Elias and companions still have tasks ahead. In France the concluding volume was published in 2009, and as the cast haven’t been seen since it would seem these stories will remain untold.