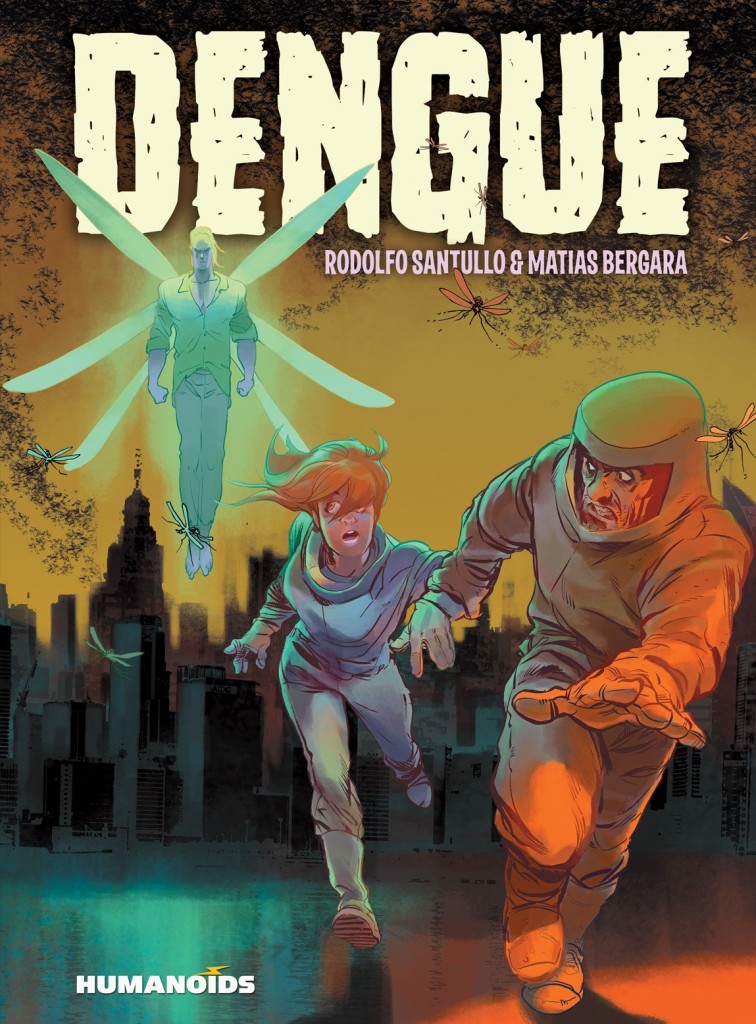 Dengue is a selection of connected short stories set in the very near future of an Earth transformed by the global spread of a virus fatal to humans. It devastates the population, and we’re presented with medieval images of huge piles of infected corpses burning in the streets. In the midst of all this the body of a noted entomologist is discovered, shot. He’d been participating in experiments to cure the dengue, but much of his research is missing.

A police procedural plot is the starting point as we investigate the un-named South American city living with the consequences of adapting to the safety procedures required in this new world. Football matches are played under domed stadia with air control devices, and a new species of mutated human has manifested directly from the infection.

Our protagonist is sardonic police detective Sgt Pronzini, the old-fashioned but upstanding law enforcement official that’s the staple of so many dramas. He, and indeed other characters, are drawn in a loose and exaggerated style by Uruguayan artist Matías Bergara that at times brings to mind Will Eisner. He may claim just to do what he’s told, but over the course of the book Pronzini discovers considerable quantities of dirt. Fortunately early on he saved the life of a very tenacious and ambitious journalist.

Rodolfo Santullo’s scripts take an interesting stance. Instead of presenting an equivalent of the zombie apocalypse he’s more interested in exploring the sociological and philosophical elements raised by the new state of humanity. Not that Dengue‘s short on action. At times it’s brutally violent, and it serves as a distressing comment on what we can be. Telling the story in an episodic fashion works to our advantage. Although each chapter can be read independently, they each progress the larger plot.

The serialised aspect, the science-fiction plot and Bergara’s art all bring to mind a South American equivalent of 2000AD, and in those terms it’s middling. It’s perfectly readable, and Pronzini is a likeable lead, but it’s not a graphic novel to which you’re likely to return.