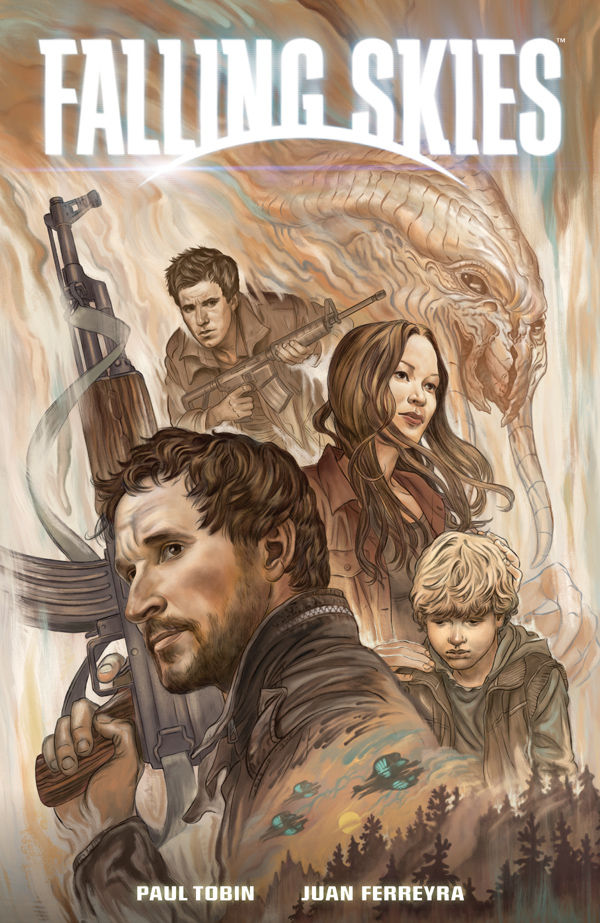 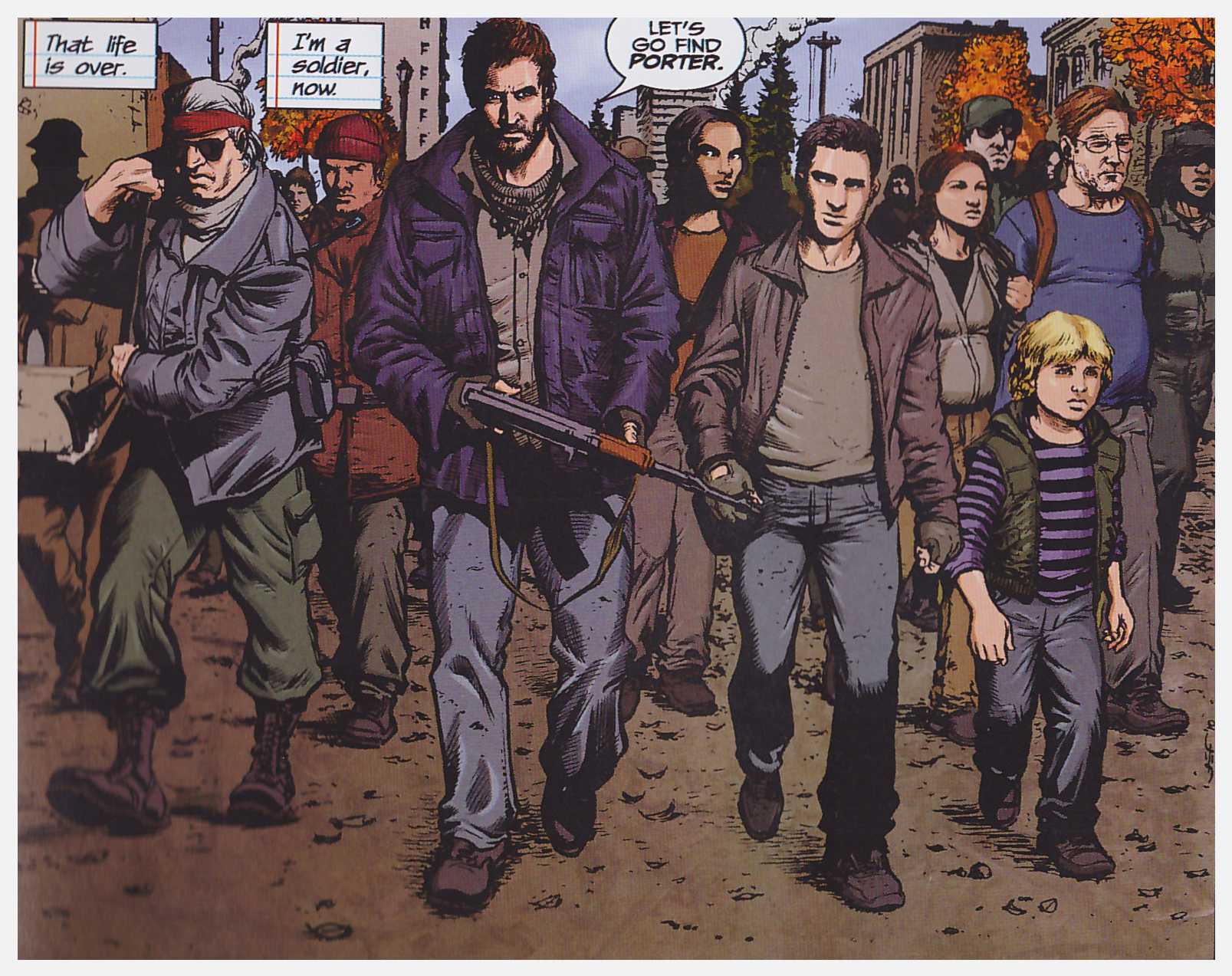 Now five seasons in, Falling Skies has been a considerable TV success with its plot of a group of characters bunched together to attempting to overcome the aliens who’ve invaded Earth for purposes unknown.

The TV series began six months after the invasion, with the resistance army in place and battle-ready. Given the chance to produce a tie-in graphic novel writer Paul Tobin’s choice is to focus on how the group coalesced and how they interacted in the early days, with narrative captions provided by Tom Mason’s diary, although these have diminished considerably by the conclusion.

The Mason family set the scene in the opening pages, Tom and his three sons scavenging for supplies, already wary of booby-trapped grocery stores and supermarkets. He’s instrumental in saving lives when some less savvy survivors draw attention to themselves by firing rockets at a Skitter plane, and learns of a resistance battalion being formed. From there Tobin plays out a decent action thriller, although those familiar with the TV show will have little problem identifying cast members who’ll not make it to the end of the book. If there’s one criticism it’s that the women are pretty well superfluous to events, only playing cameo roles.

Based on the notes accompanying his preparatory sketches artist Juan Ferreyra is his own harshest critic, all the more strange considering the wealth of decent cast likenesses he provides throughout the story. He’s better than some mere copyist, though, varying his layouts, not short-changing on backgrounds and convincing with his action pages.

A measure of Tobin’s success in delivering a readable plot is that this book can be read with no knowledge whatsoever of the TV series and it still delivers a suspenseful character-driven plot of a group of humans facing the unknown and seemingly insurmountable odds. Result all round.