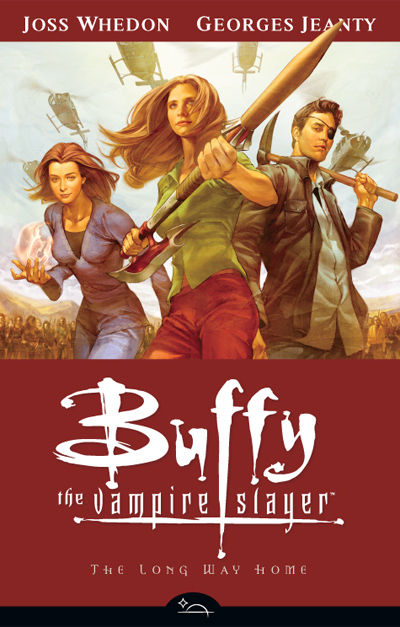 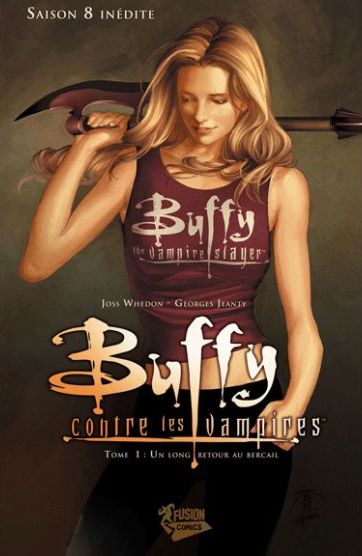 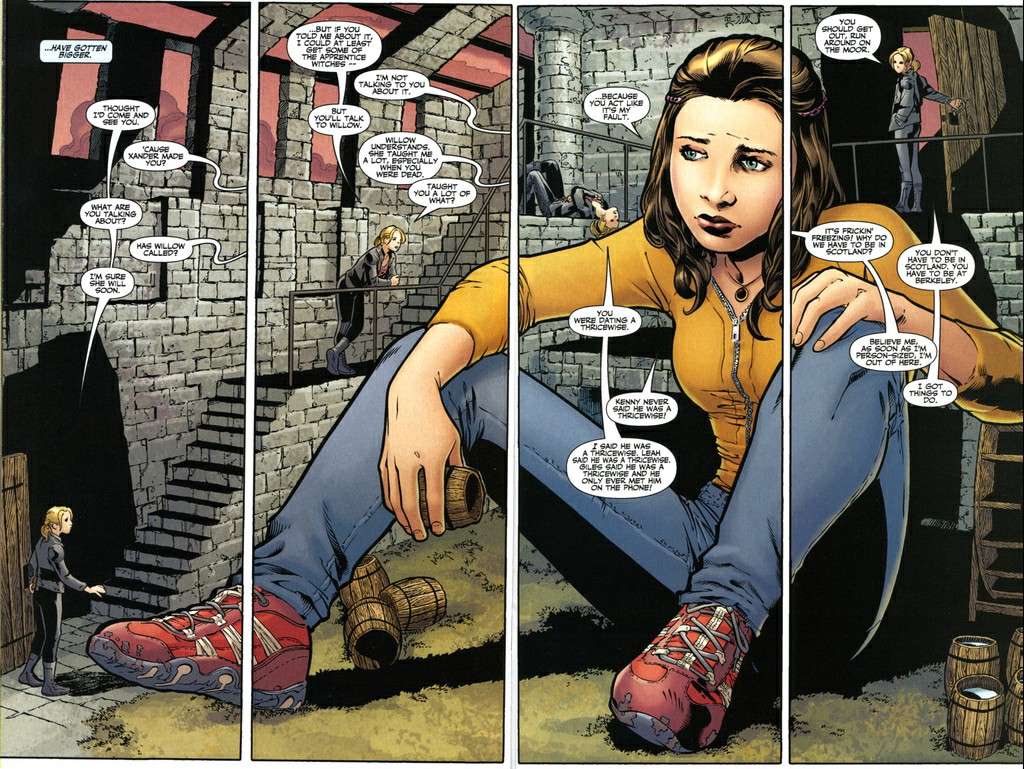 In 2007, four years after the last television episode of Buffy the Vampire Slayer was broadcast, Joss Whedon returned to his most famous creation, this time in the comics medium. Overseen by Whedon even when he wasn’t writing it, Buffy the Vampire Slayer: Season 8 is considered the official canonical continuation of the story. Picking up a year after the end of the television series, The Long Way Home spotlights Buffy and the army of Slayers created in the final television episode ‘Chosen’. They tackle the demons in the world, and are challenged by a military operation scared by the power of the Slayers, and a wider and more nebulous (as yet) threat called “Twilight”. Along the way, all the familiar characters, Buffy, Xander, Willow, Giles, return, as do a couple of old antagonists.

Georges Jeanty’s pencils are rather lovely. A frequent drawback of TV tie-in comics is the characters depicted bearing little resemblance to the original actors. Some of Jeanty’s faces are more recognizable than others – he draws a good Willow, and a less impressive Buffy, but his artwork is clear, and he has a good line.

The problem is with the story, and with the scripting. The television series had a satisfactory conclusion that rounded the story off nicely. There was no particular need for a continuation. Of course, Buffy fans want more stories, and ideally for those to be by the show’s creator. That’s not necessarily a reason to give them what they want, if Whedon actually has little more to say.

And that’s the impression here. Whedon’s television dialogue often sparkles, but that’s largely missing here. There are the jokes, and the pop culture references familiar from the show, but they never make the reader smile as much as they did on screen. A few moments have the old Whedon magic – the reappearance of Willow works well, but then there’s a strip poker gag which seems both out of place and a bit tacky.

For the most part Whedon gives the impression that he’s not really very interested. It’s a fair guess that had Whedon’s movie and TV career not been going through a fallow patch in 2007, Season 8 would never have existed. The Long Way Home is perfectly competent, but Buffy the television series was so much more. The series continues with No Future for You.