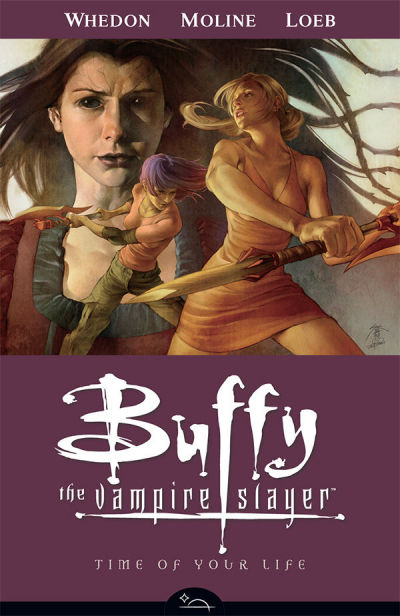 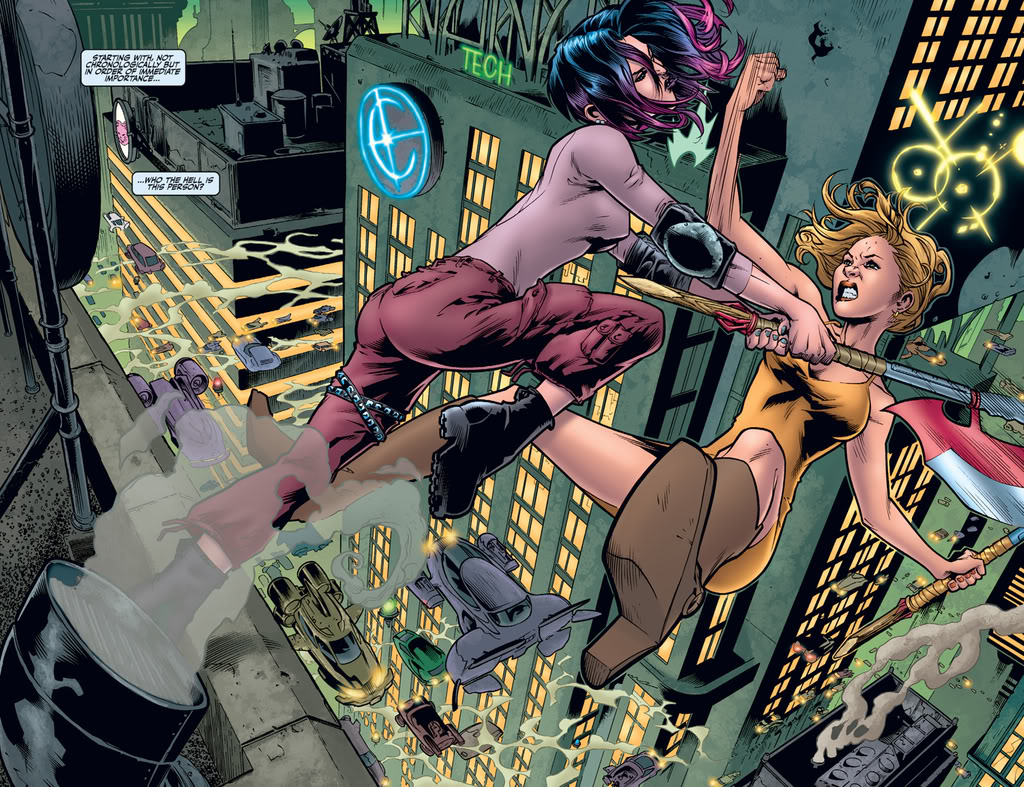 Back in 2001-2003, Buffy creator Joss Whedon wrote a comic series called Fray. It was loosely tied-in to the general Buffy continuity, but set so far into the future (the 23rd century) that there could be no real clash between it and developments in the TV series. Until, that is, Whedon ended the TV series with every potential Slayer in the world becoming an actual Slayer. The problem then was that in the Fray timeline, there is once again only one Slayer.

Time of Your Life seeks to address that issue. It’s the fourth volume of Buffy the Vampire Slayer Season 8, and the second to be written by Whedon. Buffy finds herself magically transported into the future, where she encounters Melaka Fray, and also comes across an old friend/enemy. Meanwhile in the present, events continue to move forward.

This is also the first Season 8 arc not drawn by Georges Jeanty. Instead, the artwork duties pass to Karl Moline, who was the original artist on Fray. His work fits well stylistically with Jeanty’s, so there’s no  traumatic transition. The retention of Andy Owens as inker on the work helps the sense of continuity.

This is competently written, and Whedon moves the plot on when he needs to; at the end, he has achieved the object of reconciling the present-day Buffy timeline with Fray’s future. But there’s still a sense that this is not Whedon’s best work.

The collection is completed with ‘After These Messages … We’ll be Right Back!’, the first in a series of standalone stories that continue into the next volume, Predators and Prey. This is written by Jeph Loeb and drawn by Eric Wight, within a framing sequence by Jeanty. It takes Buffy back to the setting of the abandoned Buffy animated series. It’s a nice bit of fun, but it’s hardly vital to the overall story.