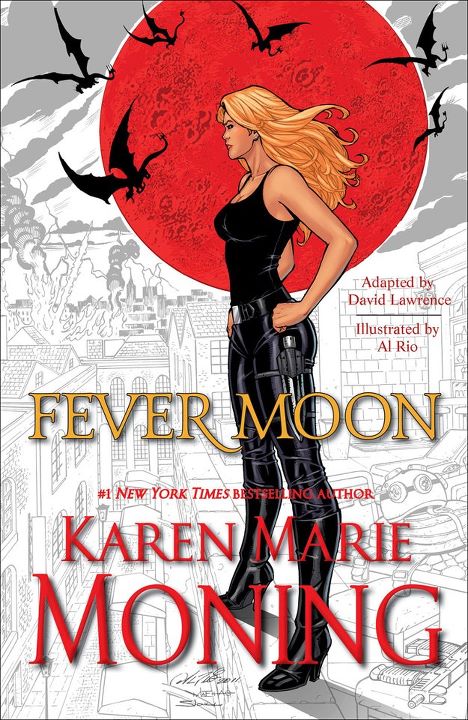 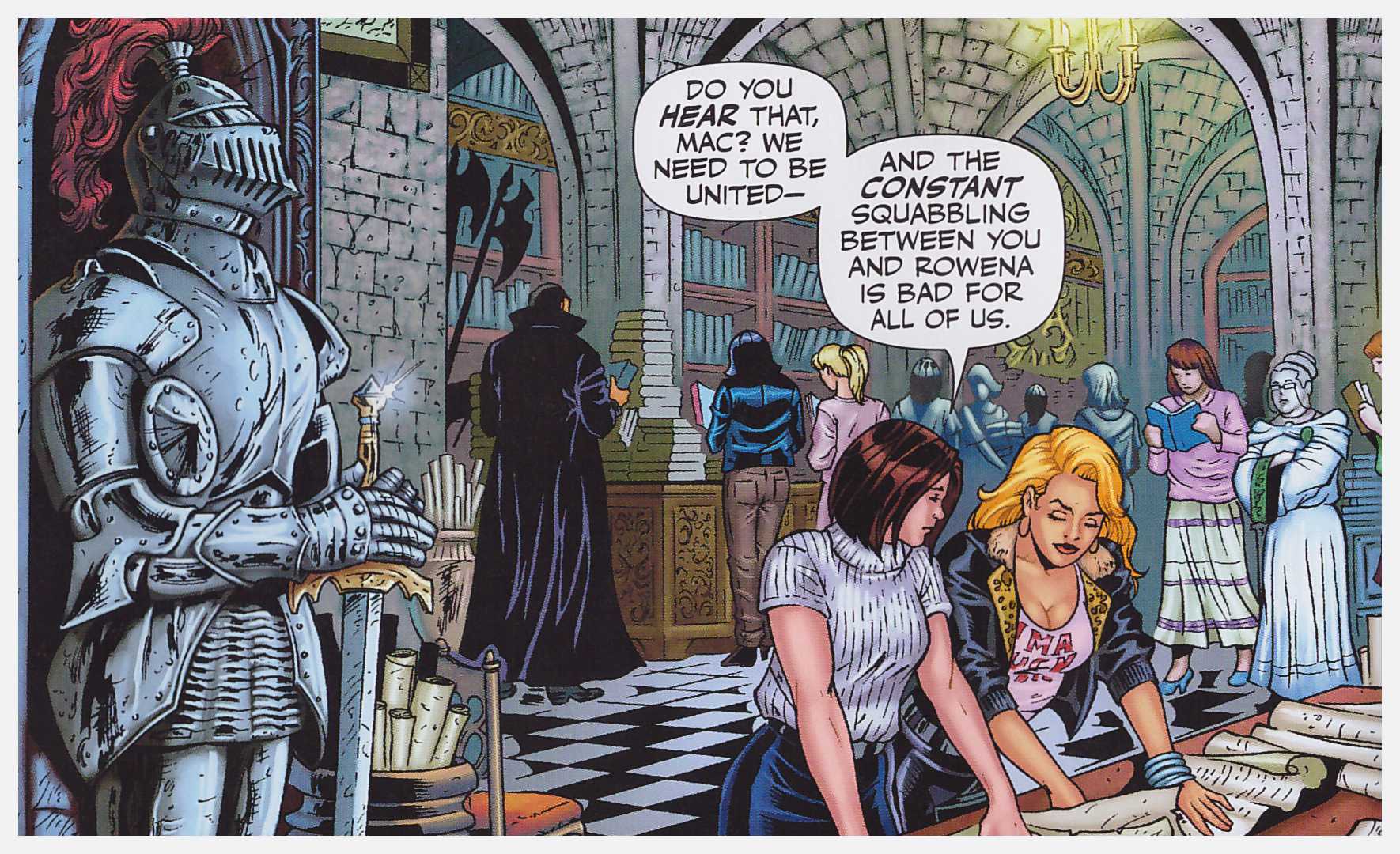 Karen Marie Moning’s Fever novels have sold in their millions, but Fever Moon is an original story rather than an adaptation, plotted by Moning and adapted by David Lawrence. The basis of the fantasy series is a world transformed by the release of the ancient Fae from Celtic myths back onto Earth, and not for the better. This new Earth is a violent and dangerous place where life is cheap, particularly if the Fae you meet is one of the Unseelie.

Moning created a complex structure for her Fae society and the humans who interact with them, and it’s a few of these who’re the focus of the story. Mackayla Lane, for reasons noted below, is a female equivalent of Blade the vampire slayer, an Unseelie arse kicker. She occasionally simpers at Jericho Barrons, a slab of meat who hangs around dropping provocative or abstruse statements. When not leaning on him for strength, she’s making snarky comments and fighting him off. Here at least, it’s not a well-handled version of the old Tracy/Hepburn cinematic relationship.

What brings Lane and Barrons out at night is the emergence of a demon who’s constructing a face by stealing a portion at a time from those it encounters. Victims are left minus a cheekbone or nose, while the demon pieces together its jigsaw.

On one level Fever Moon is a daft fantasy chucking assorted clichés into the air and juggling them around. It’s boosted by the busting out all over lead, who covers one base as a strong and capable woman, and another as an object of desire. As drawn by Al Rio, she’s standard superheroine chic in provocative slogan-bearing t-shirts or vests, suggested by Moning.

Some may consider this offensively perpetuating gender stereotypes, but delve a little deeper into this world and it descends from cheesecake and mystical tosh into a very sordid and disturbing place indeed. Lane’s thirst for revenge stems from being used as a sexual plaything by the Unseelie, but by magical means conned into believing she was having a good time. Her escape required extended sex with Barrons, and the experience left her able to sense magical weapons and freeze Unseelie by touch. Yes, her powers were seemingly raped into her. Someone’s psychological assessment would make interesting reading.

Rio is a decent artist who enjoyed depicting his architecture as well as women. His tragic death occurred during this series, so it’s Cliff Richards who completes the art, toning down the provocation a little, but not matching Rio’s storytelling skills.

The unpleasant background is only a minor piece of exposition, and for the many fans of the novels the remainder must be a comfortingly familiar environment drawing on readily identifiable inspirations. Taking one, Fever Moon entirely lacks the good humour of Buffy the Vampire Slayer. Originality is at a premium, but as Miss Jean Brodie once said “For those who like that sort of thing, well that’s the sort of thing they like”.