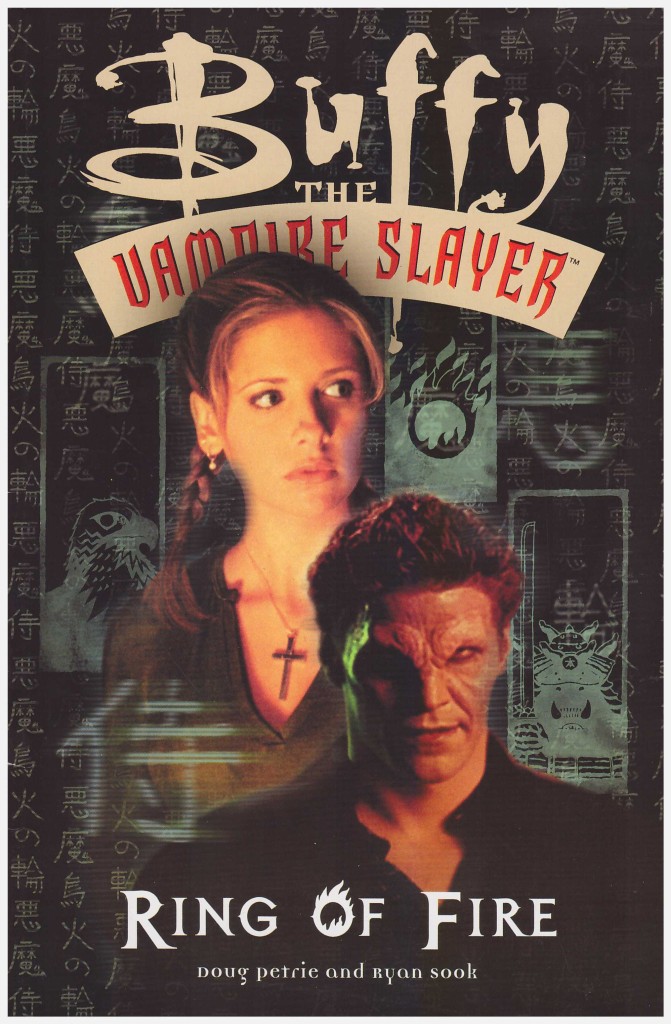 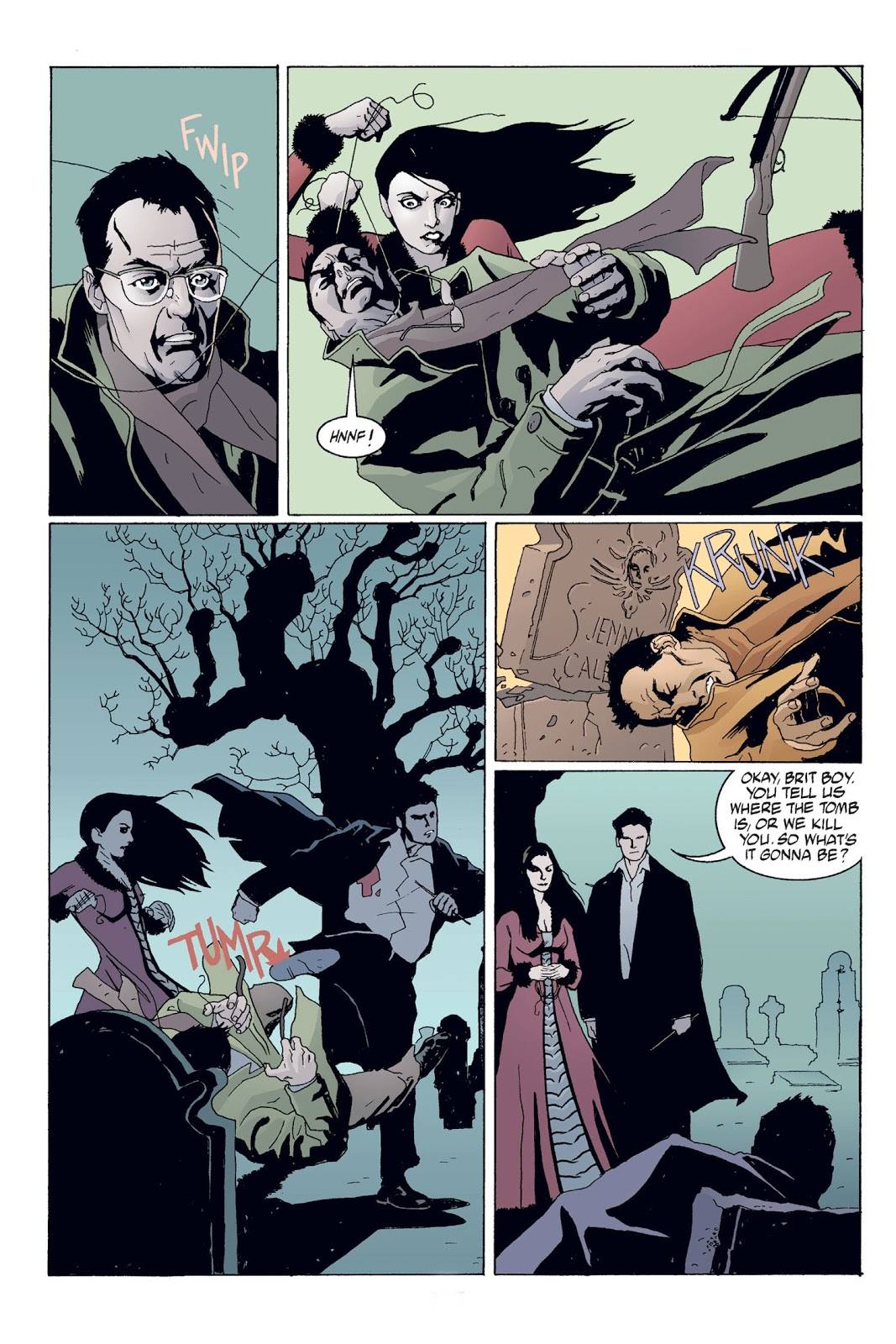 It’s fair to say that much of the Buffy material in comics has promised more than it’s delivered, but Ring of Fire is an unqualified success. Writer Doug Petrie notes in his introduction that this is the material when Ryan Sook took that leap from being an artist that gets the job done to one you queue outside the comic shop to meet. It was surely a transition Sook was already undertaking, moving away from his jagged Mike Mignola influenced art, nice as it was, into something that was uniquely his.

Petrie himself is no slouch at suggesting a visual image, mind. The story opens with a Japanese cargo ship being tossed about in a storm. At the bottom of the second page it’s revealed that there’s a man lashed high on the mast.

Among the freighter’s cargo is some mystical armour, once the property of a demon named Kelgor. Legend has it that if his corpse, now at rest in the USA, is reunited with the armour there will be terrifying consequences. Angel, Spike and Dru plan just that reunification. It’s a major level threat compounded by Giles being less than a hundred percent fit as he’s in mourning, and Buffy unable to help if she’s locked in a jail cell.

Petrie was a writer for the Buffy TV show, and transfers its spirit to the comic pages seemingly effortlessly. He’s spot on with the cast’s characterisation, and could call on Joss Whedon to endorse his work. The element Whedon highlights is the full on action sequences for which the TV show lacked the budget, and Sook delivers these in spectacular fashion along with excellent cast likenesses and imaginative layouts.

Several pages of layouts, production sketches and notes from Sook round out a good package. The story is set during season two of the TV show, and it’s difficult to imagine any fan being disappointed with Ring of Fire.