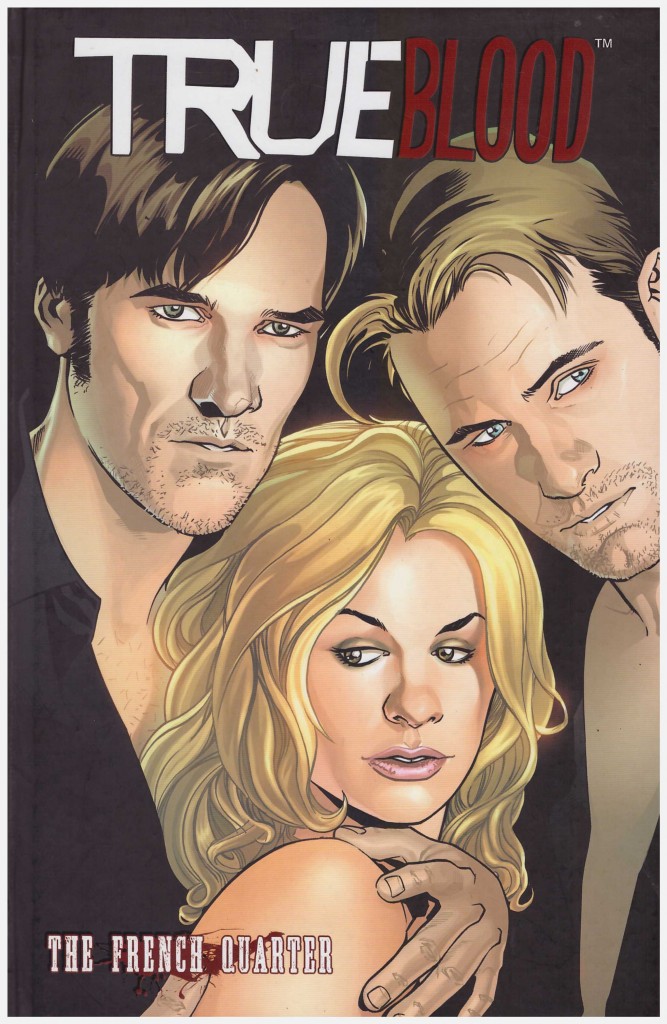 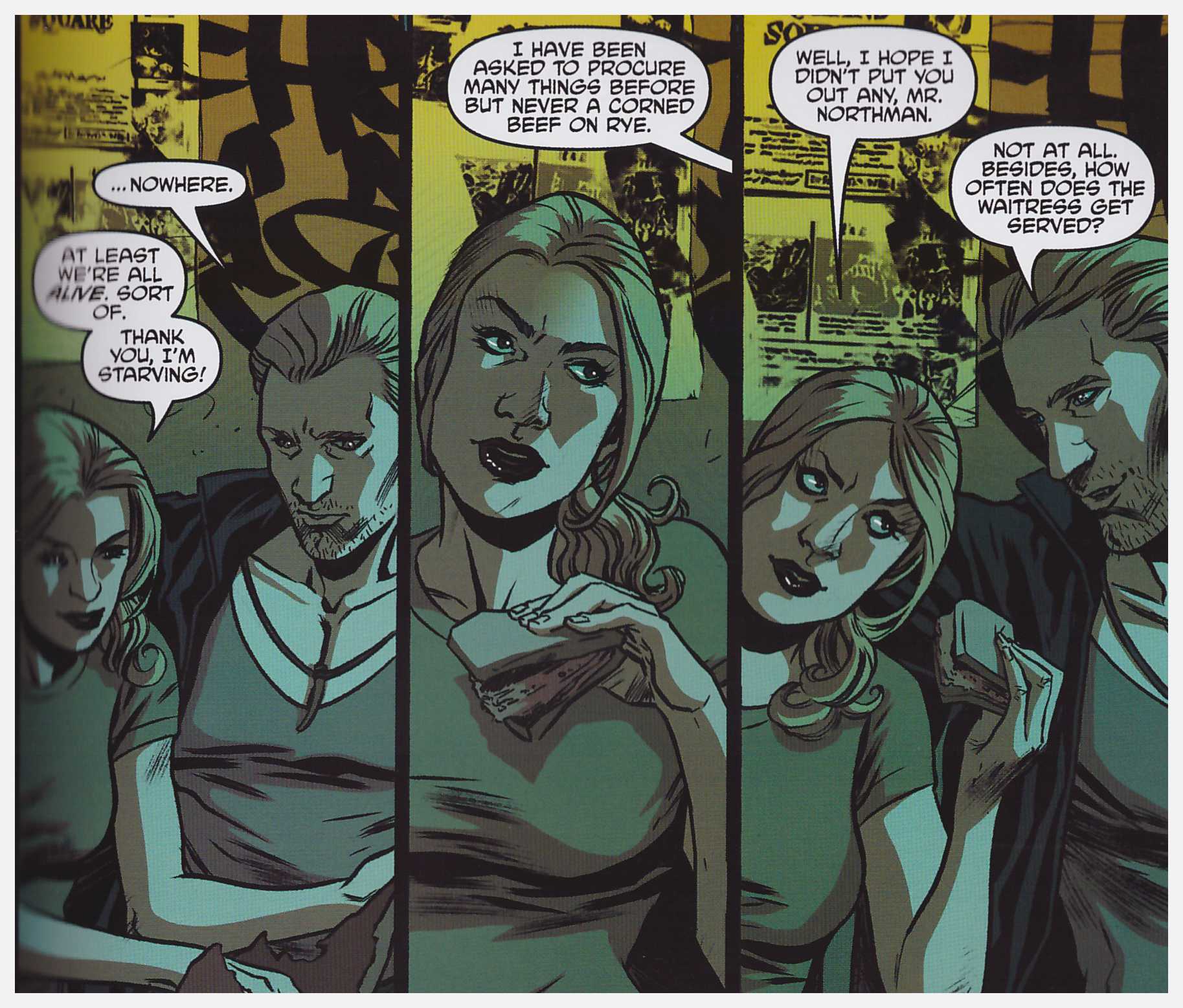 IDW’s original graphic novels based on True Blood continue with Bill and Sookie accompanying Eric to New Orleans where a vampire is repeating a pattern of 18th century murders that occurred in Paris. Left back in Bon Temps, Lafayette is engaged by Pam to work at Fangtasia.

This may hold some appeal to regular viewers of the TV show desperate for an extra hit, but for anyone with half a brain it’ll be turgid nonsense. There are plot inconsistencies throughout, characters modify their personality to the needs of the plot, their interaction lacks any subtlety and it seems no-one considered speaking the dialogue before committing it to print. Time and again it’s expository, pompous, or laughably posturing. “You know more than you are telling, Eric. I insist you bring us into your confidence”, or “This is the Big Easy, darlin’, I’m as real as it gets”, or “I’m going to peg you. Do you know what pegging is?”

At the end of the first chapter Sookie is standing in a house that explodes. The empty shoe and fluttering strip of fabric from her shorts are duly pictured. No, she was never going to die in the graphic novel, but the belief that True Blood fans will accept any old tosh is exemplified by her early appearance in the next chapter only slightly bedraggled and bemoaning the loss of her favourite sandals. It’s not explained how the killer knew details of the 18th century murders. One character has a condition, but never mind, it clears up.

The writers responsible for this sub-standard hokum are Mariah Heuhner and David Tischman. David Messina provides layouts for Claudia Balboni and Bruno Letizia. Their cast likenesses are adequate, but neither shines due to the odd decision to apply each page with assorted shades of a single colour. Never mind 50 Shades of Grey, here we have 50 shades of brown, or green, or orange…

Quality begins to head upward with the following Where Were You?, and if preferred, The French Quarter is collected with the earlier All Together Now and Tainted Love in the True Blood Omnibus.