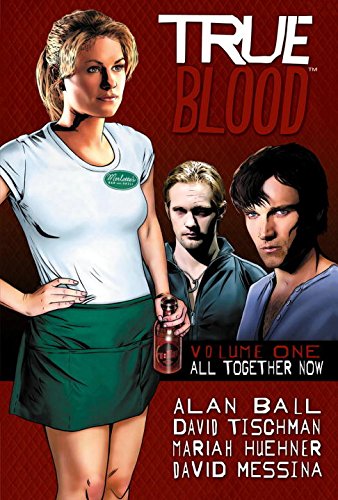 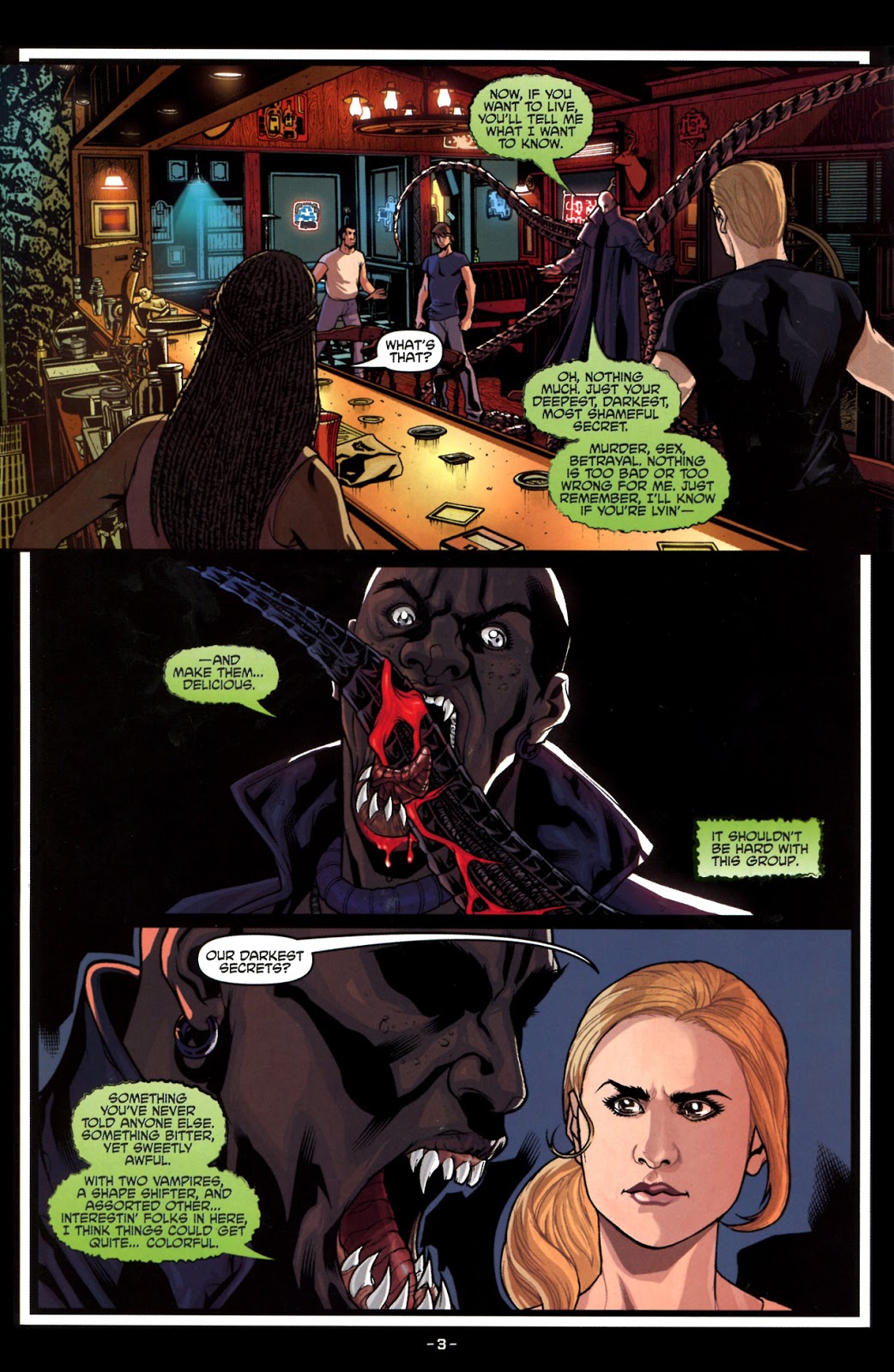 In the world of True Blood a synthetic form of blood has been generated, enabling vampires to come out of the darkness and live among humanity, specifically in the community of Bon Temps, Louisiana.

When was the last time you read a graphic novel with five credited writers and eight credited artists that was any good? For that matter when was the last time you read a graphic novel with thirteen creators listed? In theory All Together Now should buck expectations. After all, Alan Ball created the TV show, while Kate Barnow and Elisabeth Finch both wrote for it, with all having considerable TV experience on other quality dramas. Those three are credited for the plot, which is written by Mariah Huehner and David Tischmann, but not very well. The purpose is to investigate the cast, to let fans of the TV show learn a little more about them, and the means of doing this is sending one hell of a mean vamp into Merlotte’s, letting him throw his weight around to show who’s top dog, and then demanding a secret from everyone left standing. These are button-pushing, cheap drama for the most part, and surely even people invested in the cast won’t find them moving. If they do the bizarrely formal dialogue will drive them nuts.

David Messina is the primary artist, and he’s good, but the editorial instruction appears to be for page after page of cast likenesses with close-ups on their faces, and supplying that renders the art really static. He’s an adaptable artist, changing style for the flashbacks he illustrates, although slipping into exploitation too often. Several other artists also draw the flashbacks, the most distinctive of them Andrea Olimpieri, who has a real delicacy when we finally get around to Bill’s story from 1866, although Sam’s recollections of life as a dog also stand out, with Vanessa Gardinali going for a chalk effect.

Once everyone discloses their stories All Together Now drifts to end that will only make sense to people who’ve memorised their True Blood continuity. This isn’t very good. Perhaps Tainted Love will be an improvement. Alternatively both are collected along with the subsequent The French Quarter in the True Blood Omnibus.