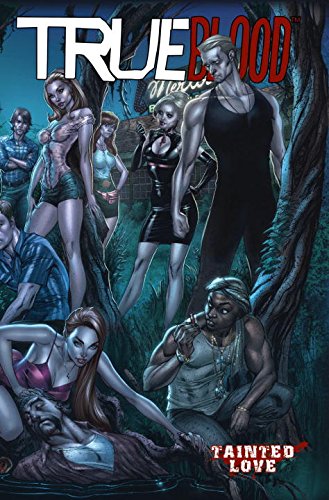 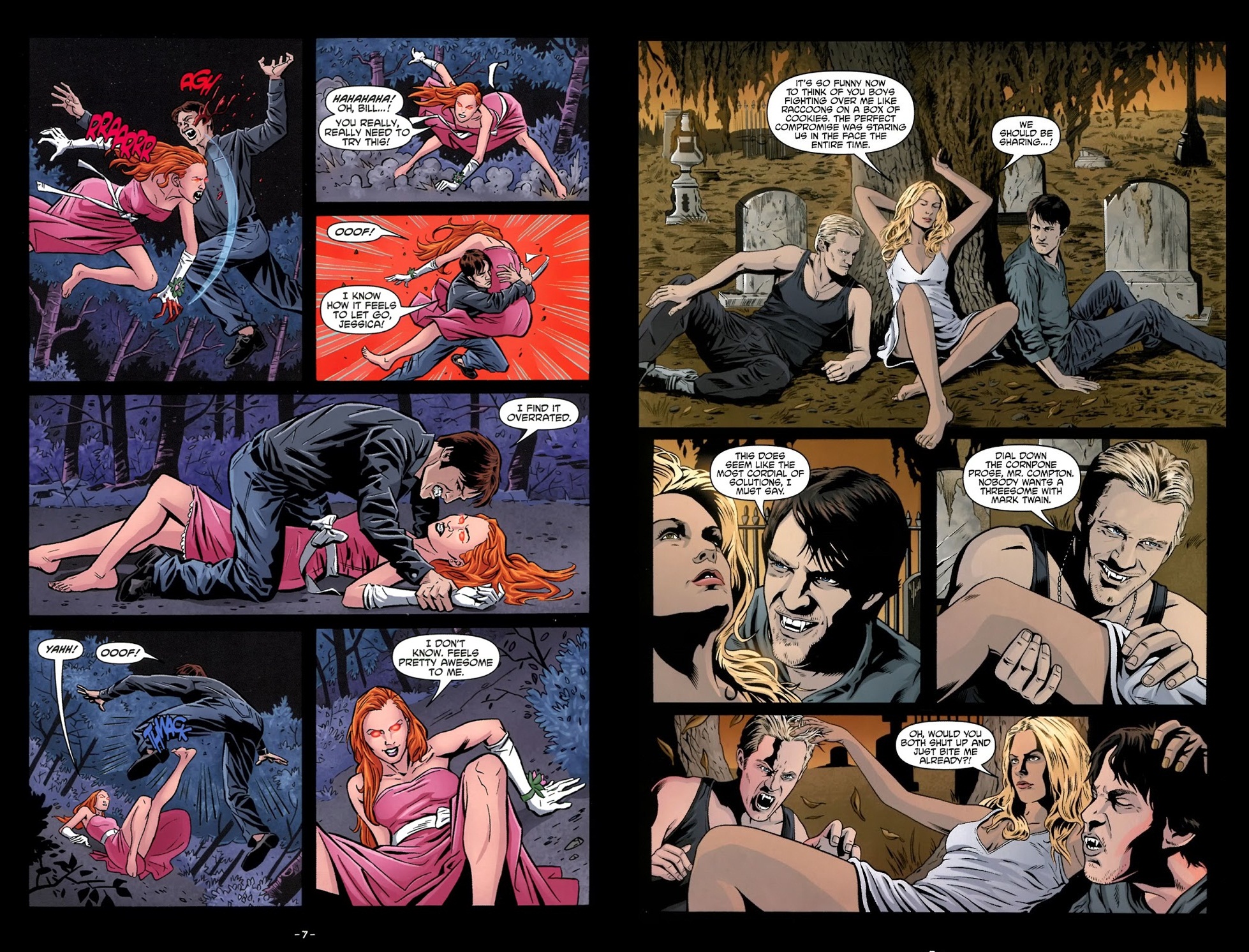 Tainted Love has a rather sweet opening as it’s prom time in Bon Temps, and Hoyt decides to throw a prom party for Jessica, who never had the chance to experience that before she became a vampire. Naturally enough, as it gathers most of the regular cast together, this is held at Merlotte’s, where they’ve just replenished the stocks of Tru Blood. It turns very nasty, and that’s down to a vampire terrorist group contaminating the supply in the belief that a synthetic substitute for real blood is weakening the vampire community, and they should turn back to their feral feeding. Could Eric be behind the campaign?

All Together Now was a disappointment, but by virtue of a coherent plot that remains true to the cast as established in the TV show, Tainted Love is by some distance the best of the first three True Blood graphic novels, all gathered together in the True Blood Omnibus if you’d prefer. In the absence of any specific breakdowns for the writing credits presumably Marc Andreyko and Michael McMillian’s writing was a full collaboration rather than a plot and script combination. McMillian, of course, plays Reverend Steve Newlin in the show, and creditably resists the temptation to give his character a larger role, concentrating instead on the main cast.

The art follows the strange pattern of Stephen Molnar providing layouts for Joe Corroney to pencil and ink over the first two chapters, before each then draws a chapter on their own, with both then providing pages to the final two chapters. It’s a mix that works, despite the artists having different styles. Corroney is technically the more decorative artist, at his best not far removed from Paul Gulacy, and good with cast likenesses. Molnar’s looser style (sample spread left) is more impressionistic, but has a greater liveliness to it. Both approaches work however, so no cause for complaint.

A prom sequence that’s perhaps too reminiscent of Carrie closes out one plot thread, while McMillian works in his TV character in passing as the second thread draws to a finale. Perhaps a little bit too much background knowledge is required on the part of people who don’t follow the TV show, but they’re unlikely to be reading Tainted Love. It adds some depth and background to Jessica’s character while presenting a decent thriller. If only all True Blood graphic novels were as good. The French Quarter is next.