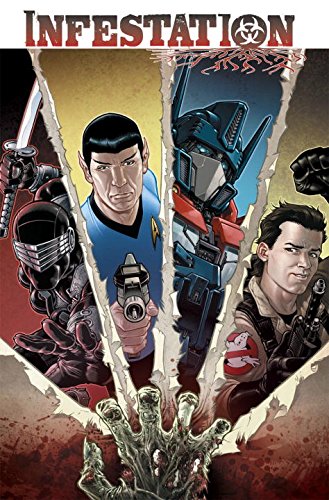 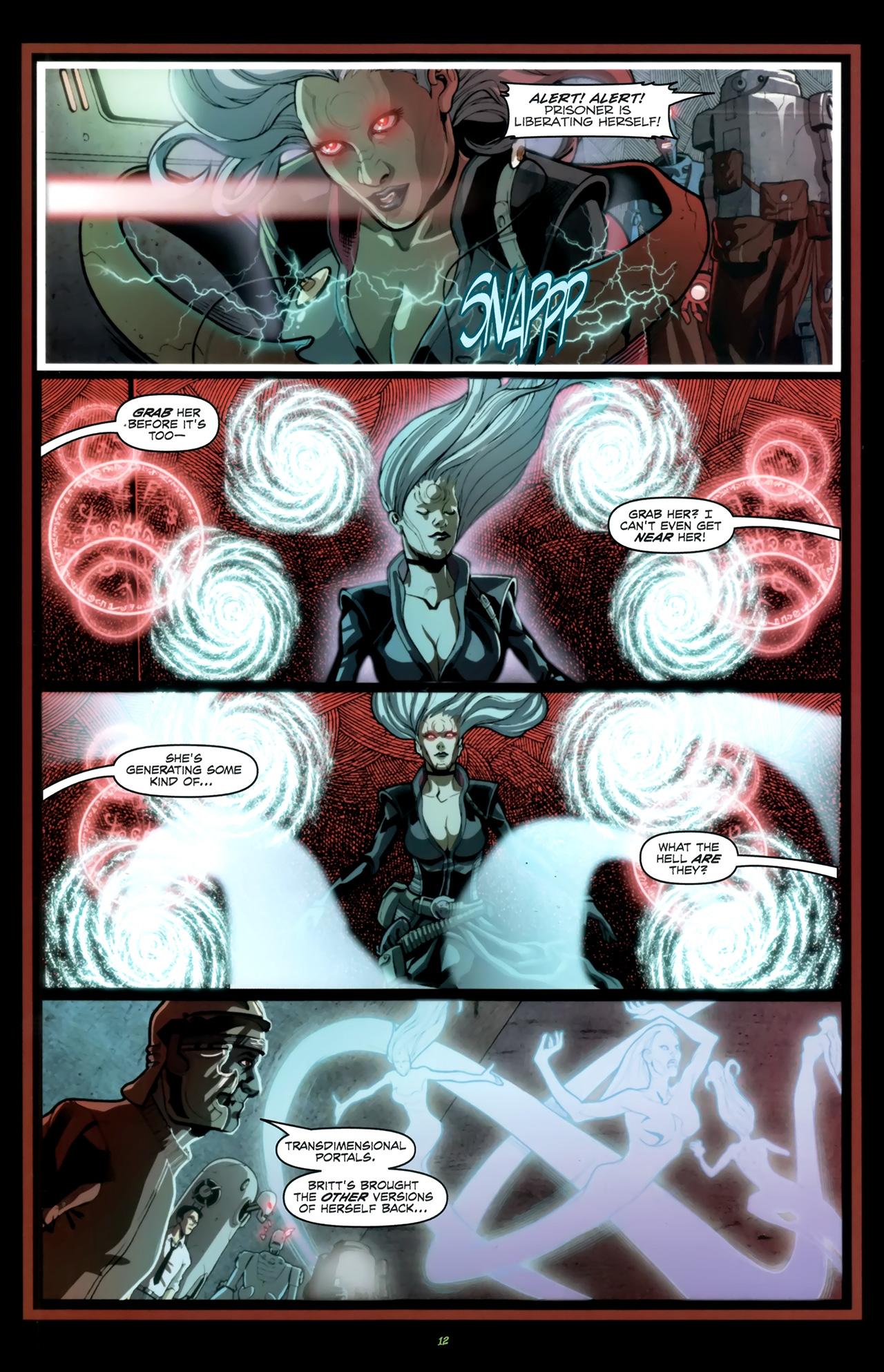 Infestation begins with the exciting idea of linking the worlds of properties licensed by IDW for comics. This is achieved by having four wildly different projects having to deal with manifestations of the same enemy. Think there’s no way the worlds of Ghostbusters and G.I. Joe can be linked? Think again. The first Enterprise crew from Star Trek and Transformers also feature, and the starting point for primary writers Dan Abnett and Andy Lanning is using the cast of CVO: Covert Vampiric Operations and some elements of Zombies vs Robots.

An opening chapter has the CVO crew investigating an incident in a secret New Mexico government base, and when their intrusion makes matters worse the threat spreads to other dimensions, and other creators take over. Except in the case of the Transformers, also handled by Abnett and Lanning, yet strangely the weakest section of the entire story, with very little moving the plot forward. Beyond that, it’s up to other writers how they want to interpret the threat of a zombie invasion. It’s handled most imaginatively by Mike Raicht as Cobra in the G.I. Joe world acquire a piece of infected technology. Raicht plays well with readers knowing the possibilities of what Cobra are messing with, while they don’t. The Baroness is central to a taut spy thriller, with artist Giovanni Timpano impressively detailed and imaginative with his layouts.

There’s a novelty to the Star Trek crew (original Kirk, Spock and McCoy iteration) never having come across zombies before, but Scott and David Tipton’s plot otherwise never transcends formula. While we know the cast as adaptable, their capacity to deal with a planet-wide zombie invasion so rapidly strains credibility. Of all the features, it’s most essential that cast likenesses are faithful, and there’s no letdown from Gary Erskine. It’s surprising to see Kyle Hotz allocated the comedy of Ghostbusters, and while his likenesses of the 1980s cast are more approximate, his style of horror art adapts surprisingly well to the feature. So does Erik Burnham’s plot, which is true to the movie characters, with comedy dialogue and situations, although in being faithful to the property, the mood departs considerably.

Infestation reads better as a single collection rather than spread over volume one and volume two, but it’s Abnett and Lanning’s framing sequence that works best, the opening and closing chapters standing separate from the remainder, and forming a single thrilling story. The writers use CVO’s somewhat spotty past logically, giving the characters a purpose, and come up with neat and simple solution to the problem at hand. David Messina’s art (sample page) tells the story well, and when the villain of the piece needs a physical manifestation, Messina creates something memorably disturbing. Divorced from what are intended as the selling points, it’s complete and effective. Infestation was successful enough to spawn a sequel, Infestation 2, looking in on other licensed properties. 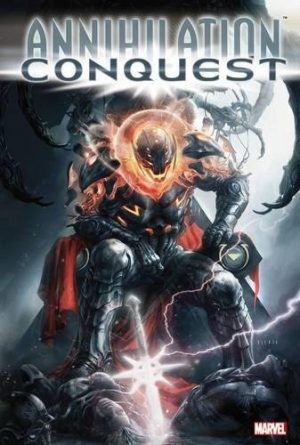