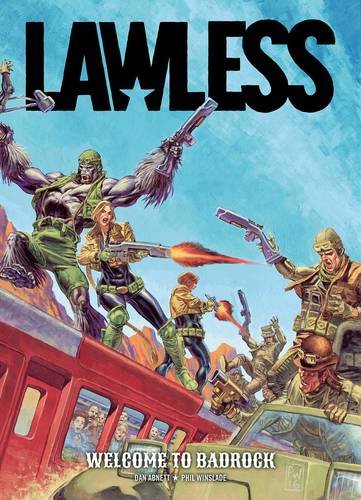 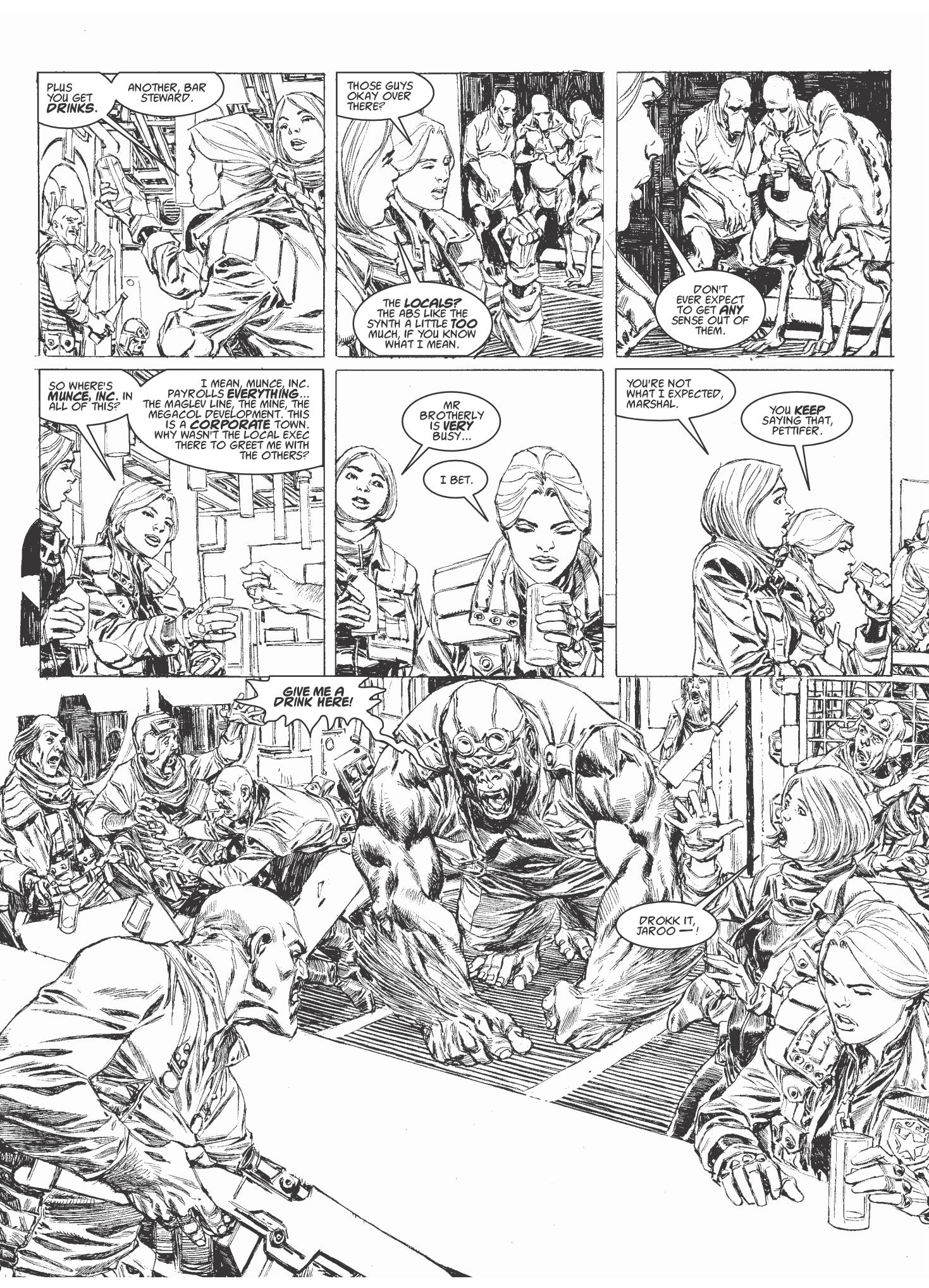 Located in a remote area of a remote planet, the town of Badrock has a new Mega-City appointed Marshal, Lawson by name, unconventional by character. She rubs the local dignitaries up the wrong way on arrival by preferring the bar to the guided tour, but also proves herself well capable of dealing with trouble when it arrives.

Dan Abnett drops so many common genre tropes into the opening chapters of Welcome to Badrock he induces the suspicion of working from a space western checklist. However, whether it’s the charm with which he rolls out the familiar, the spectacular art of Phil Winslade or the universal appeal of the setting, those chapters work and work well. Abnett grabs the attention, and he holds it all the way to page 169. He’s back in the territory he wrote about in Insurrection, but beyond passing references to a war, we’re into the final stretch before there’s a reason to know that.

Badrock exists pretty well entirely to service the mining operations of Munce Inc, making it in effect a company town. Beyond their crystal mines, Munce want to leave a legacy, and so are simultaneously constructing a planned habitat, the Colony Development, intended to be the foundation stone of a progressive population replacing the current shanty town. Within this, Lawson is the square peg in the round hole, dedicated to justice, but possibly not who she claims to be.

Winslade’s art is reproduced from his detailed pencils (or digital equivalent), giving the book a unique look. Winslade’s been a good artist from day one. He’s always been very detailed, but the detail now no longer distracts from where the eye should be drawn, and there are some spectacular pages such as Lawson’s visit to the mine. He further has a great way with a central image. In the story Lawson acquires a war-bot, defunct military technology that can be ridden like horse, and Winslade makes the most of that, and gets bonus points for the inclusion of an Albert Steptoe cameo. Just when you think you’ve seen the best of Winslade, much of the book’s final quarter is a prolonged action scene exploiting a Western standby, and the way this is choreographed is breathtaking.

Having established his location, cast and background, Abnett moves beyond an engaging rendition of what we’ve seen before and into new territory as Lawson begins to understand the area she’s working in. The diverse communities occupying Badrock each have a compulsive aspect to them, and they eventually become the root of the story, driving it away from expectation. The finale has been well seeded, so something Abnett had in mind all along, and drives to a finish that sets the glands salivating for Long Range War, where there’s much still to be resolved.

Beyond the fact that characters in 2000AD strips can swear these days, there’s something resolutely old fashioned about Welcome to Badrock, redolent of 2000AD’s early to mid-1980s peak. This doesn’t mean it’s dated, because quality is timeless. 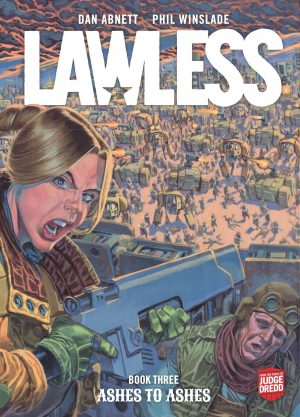