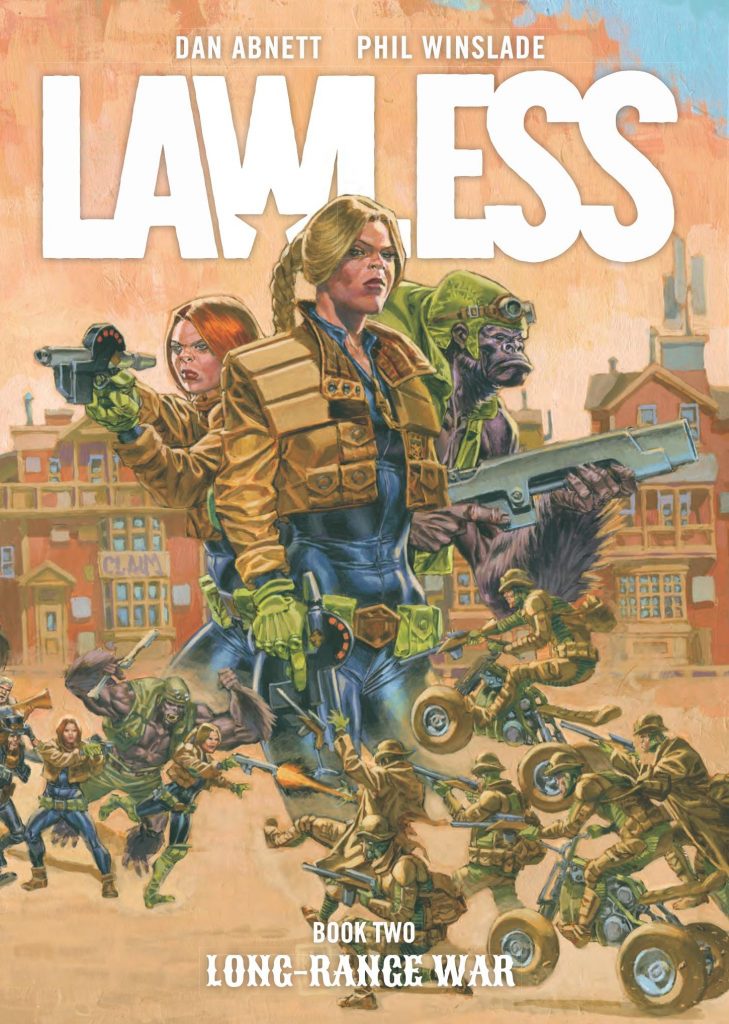 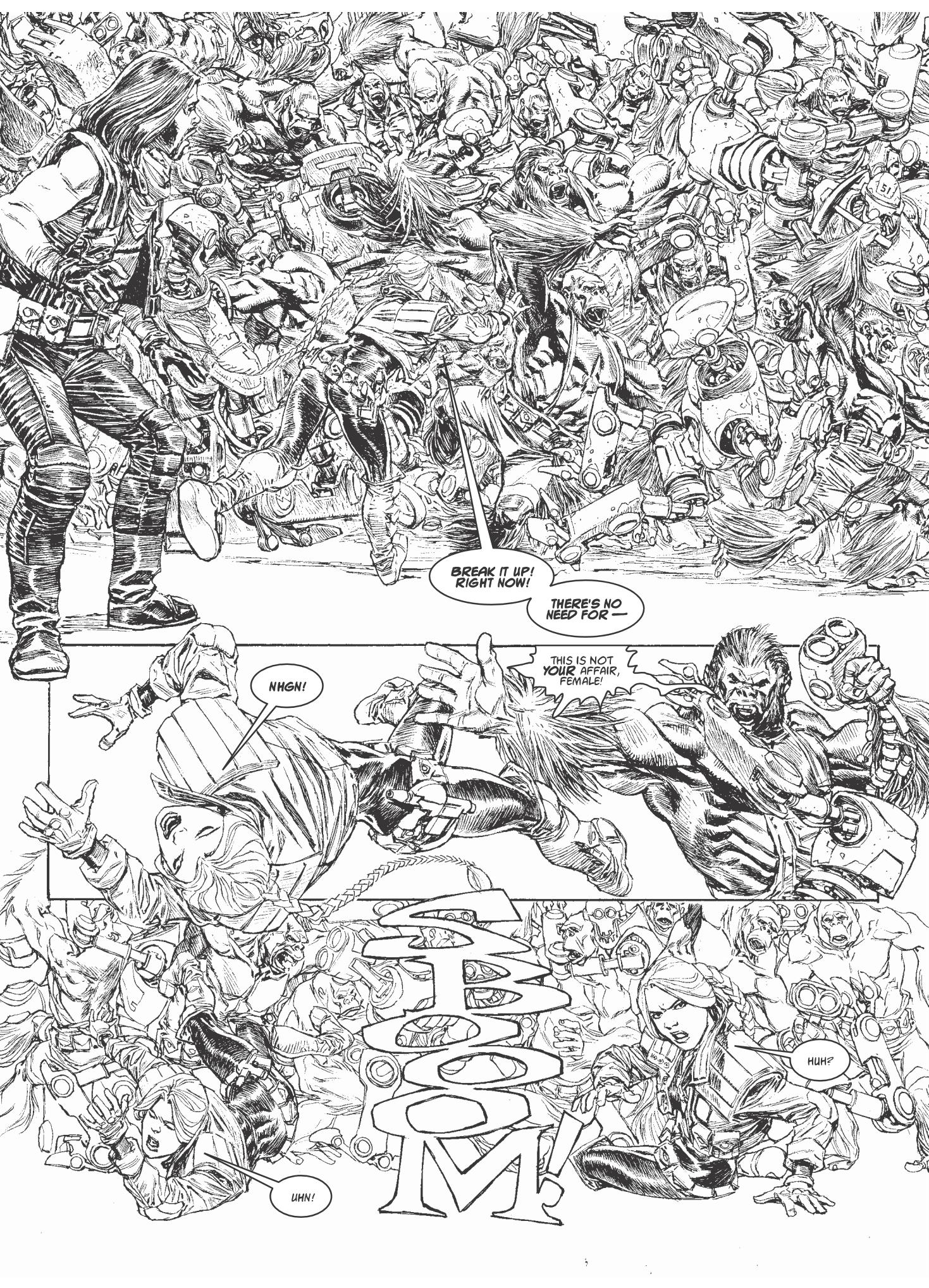 Badrock is a company town, established around the mining activities of Munce Inc, existing on an isolated planet, but not one so isolated it doesn’t have a Mega-City appointed Marshal. This is Marshal Metta Lawson, who may or may not be who she claims to be, but certainly served well in exposing Munce’s crooked activities in Welcome to Badrock. That being the case, Munce have begun their unviable asset disposal program, gumpspeak for isolating Badrock, jamming all communication, and rendering their technology useless in preparation for covering their tracks.

Long Range War begins as Dan Abnett’s equivalent of High Noon. Lawson is isolated in a town aware that all hell’s a’coming, and they start off too wrapped up in their petty squabbles to notice. Lawson, however, is a more effective motivator than Sheriff Will Kane, able to organise Badrock’s inhabitants. This is the long game, though, and while there are a few skirmishes this isn’t the apocalypse, which is postponed until the next book. That’s not to say there isn’t more than enough to capture your attention. A broad and eccentric cast have already been introduced, and most are seen again, with Deputy Nerys Pettifer really flourishing, but Abnett adds to the ensemble. Some of the new characters are one-chapter wonders, others seem integrated for the long term, if without a specific purpose to date, but they’re all diverting.

Would Lawless be anywhere near as good without Phil Winslade bringing it to astounding life? It’s certainly well written, but Winslade goes well beyond the course of duty in packing every single panel with detail. This is a book you can come back to again and again, open a page at random and see something new, but crucially it’s never to the point that your eye isn’t drawn where it’s supposed to be. He tells the story perfectly whether he’s creating magnificent vehicles with all tire tread visible or packing dozens of people into that saloon brawl. Perhaps there ought to be an official Phil Winslade Appreciation Day.

You might think that Abnett’s just indulging himself, pouring everything he’s ever loved about Space Westerns into one fine adventure. He is, but that’s not to say he’s beyond surprising with more than plot twists. An extremely effective calm before the storm chapter contrasts a good old-fashioned bar room brawl with a victim of domestic violence pouring her heart out. Visually it’s an effective juxtaposition, and the icing on the cake is when Abnett crosses over the dialogue between scenes. It’s not the only real world problem slotted into the stories, and they’re an effective reminder of humanity in what’s a cross between the ancient and the future.

It’s next time in Ashes to Ashes that the everything goes to hell, but there’s enough character-driven entertainment about Long Range War to ensure the postponement is no loss.