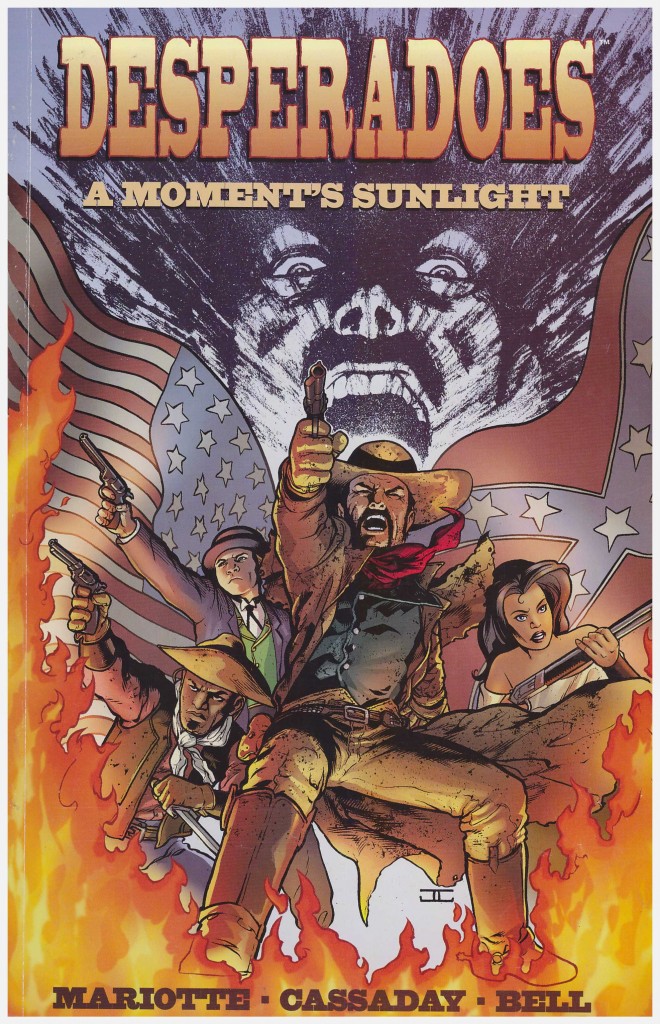 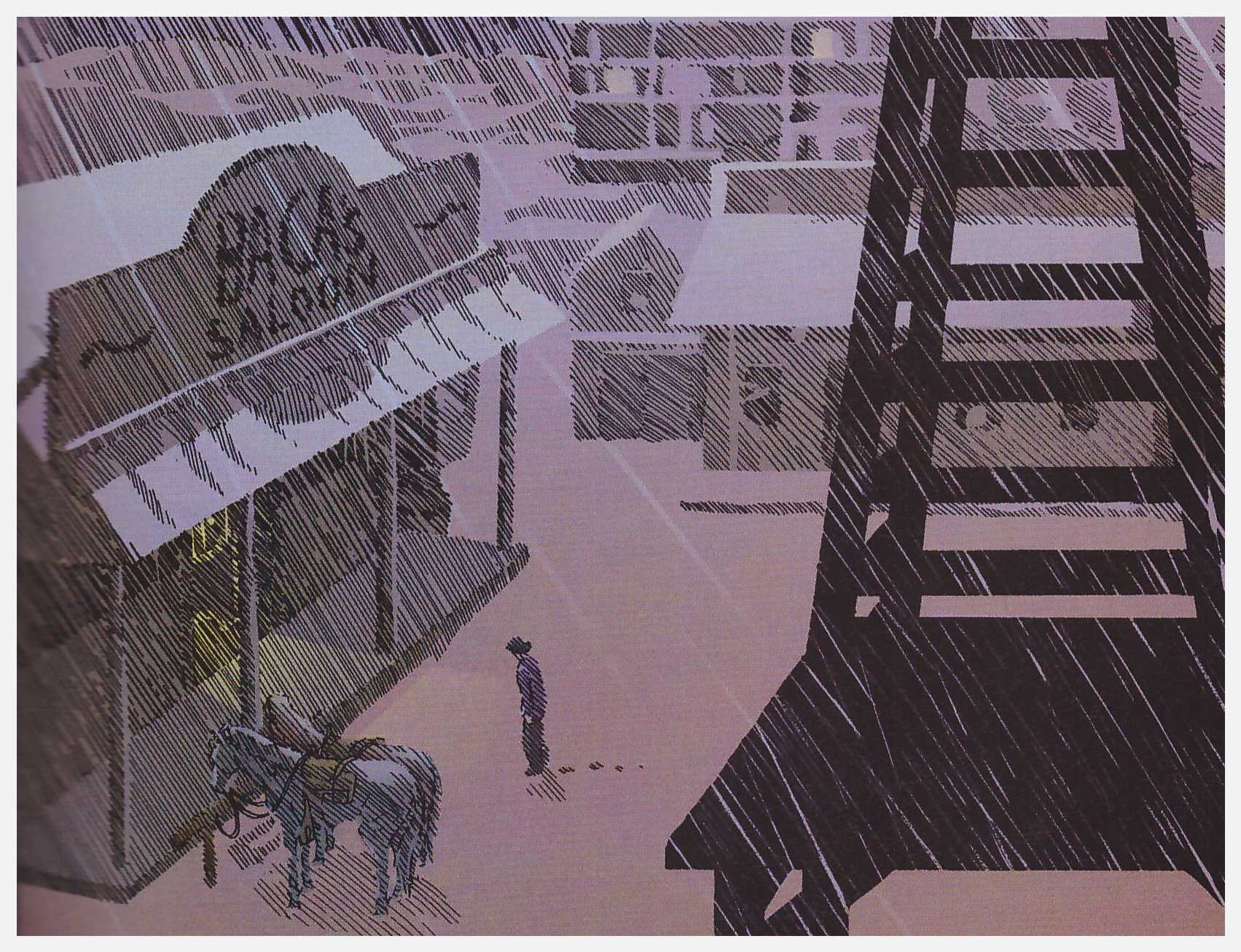 Jeff Mariotte’s opening captions for this story read “The American West in the year of our Lord eighteen hundred and seventy nine was a place of miracle and wonder, of powerful forces and magical acts. Not everyone who rode the Western trails knew about these things. This is the tale of some who did.” Can anyone fail to be dragged in by that?

In comics the supernatural Western has both a limited selection and a chequered history. It wasn’t Jonah Hex’s finest hour, and there’s a case to be made that Desperadoes is the best of the genre by default. That statement alone, though, would be to damn with faint praise.

It only takes a flick though the pages to see some fine art. When this was first published as a comic in 1997 few people had heard of John Cassaday, yet even early in his career it’s clear this is an artist who will distinguish himself. There are some awkward moments in the opening chapters, but a growing confidence can be seen as the story continues. He inks his own pencils, details the cast in distinguished fashion, captures the expanse of the landscape, provides some memorable images and tells the story well. His splash page of a guy walking toward a saloon in a thunderstorm in a small town is superbly realised, and while he stops short of illustrating the entire Apache nation coming over the hill, he does picture them around the canyon.

Mariotte’s plot gathers a mismatched group of travellers in Las Vegas, then just a spit and sawdust town in the desert. This is one of a number of sly jokes Mariotte inserts throughout the series. The way into the story is Pinkerton detective Race Kennedy tracking a killer. He’s unsure if the people he’s following are involved. Former Texas Ranger Gideon Brood is a middle-aged gunslinger and emancipated slave Jerome Betts and Abby deGrazia both have good reason to be thankful to him. They actually know the killer is one Leander Peik, and Brood’s interest is personal.

Peik receives equal time here, a disturbed and sadistic serial killer shaped by the beatings and worse he endured as a child, he’s sought solace in mystical power rituals that require sacrifice. There’s also a well-introduced sub-plot involving unscrupulous businessmen and the possibility of military action against the Apaches, with one of the cast unaware they’re being used. The main plot is wrapped up in four chapters, so the fifth is a slimmer tale featuring the ghosts of the civil war.

For many the reason to pick this up would be Cassaday’s earliest art, but they’ll also find a good story with an engaging cast. The following volume is Quiet of the Grave, both also found in the 500 page Desperadoes Omnibus along with a story titled ‘Epidemic’ that Cassaday laid out for John Lucas that wasn’t reprinted elsewhere.