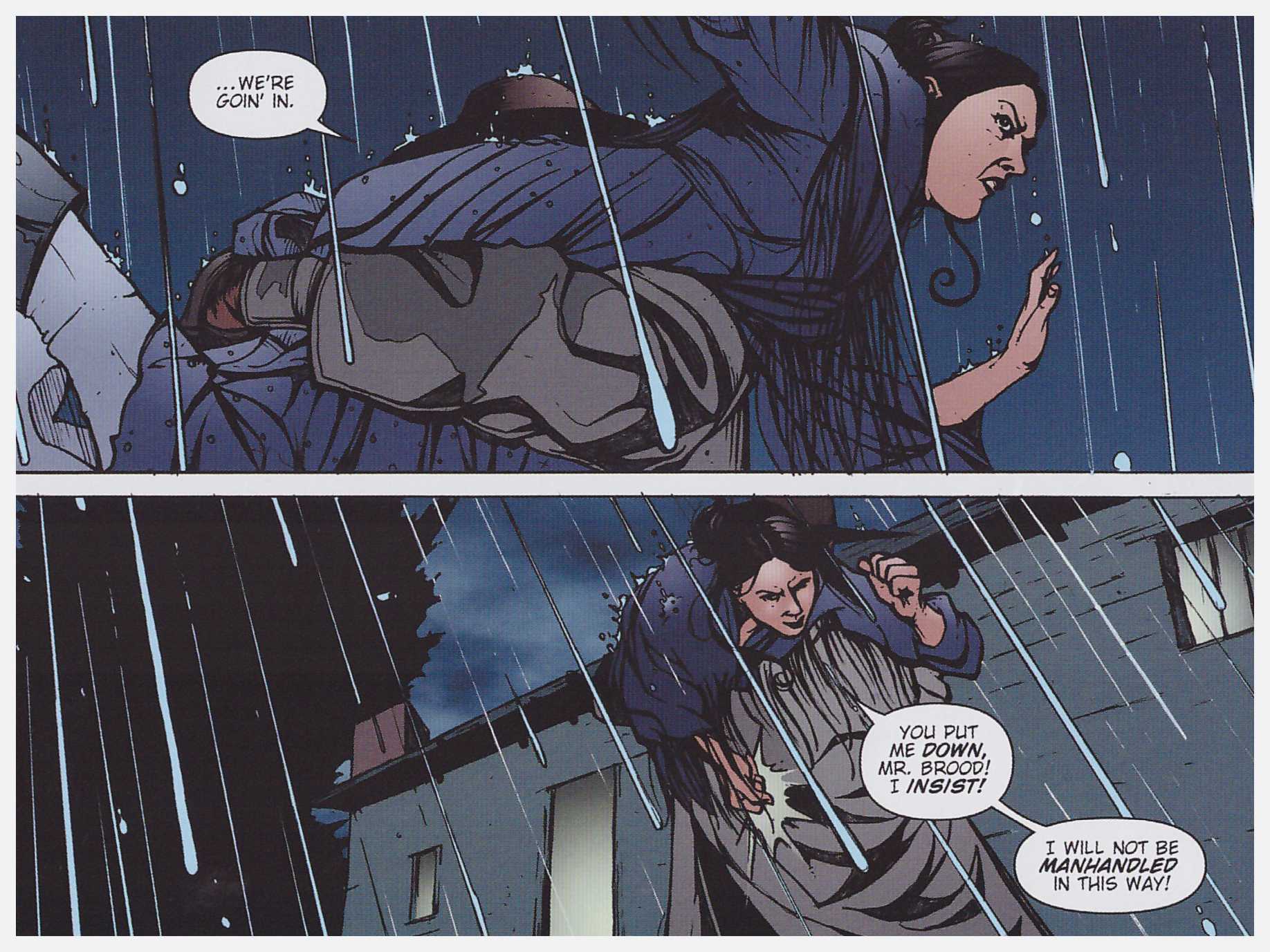 A Moment’s Sunlight and Quiet of the Grave were both satisfyingly characterised Western stories with a mild supernatural element, and so is this. There is, however, a distinct dip in quality. It must be acknowledged that following John Cassaday and John Severin as Desperadoes artist would be a challenge for anyone, but Jeremy Haun falls well short.

His storytelling method is to focus on the close-up and mid-shot as often as possible, presumably to avoid drawing the backgrounds with which Cassaday and Severin added so much atmosphere. For much of this book the characters might as well be off for a ride along the Utah salt flats as there’s so little to distinguish the scenery. For various sound reasons this story also requires a far greater amount of talking heads sequences than the previous volumes, and Haun’s lack of imagination and backgrounds renders them dull-looking.

New members are added to the cast, most prominently serial killer Montana Donnie, and the formidable Sarah Williams whose profession as spiritualist and medium is much derided by Gideon Brood in what comes to characterise a fractious relationship. Her psychic talents also result in some surprises during the story, with Betts in particular being guided by what he sees. Were it not drawn by Haun, a night’s refuge in a sparsely furnished house might have been a terrifying sequence.

By the end of the tale all outstanding enemies have been dealt with in one way or another, with one meeting a particularly deserved fate.

Banners of Gold also forms part of the 500 page Desperadoes Omnibus collecting all Desperadoes material. The next volume is Buffalo Dreams.