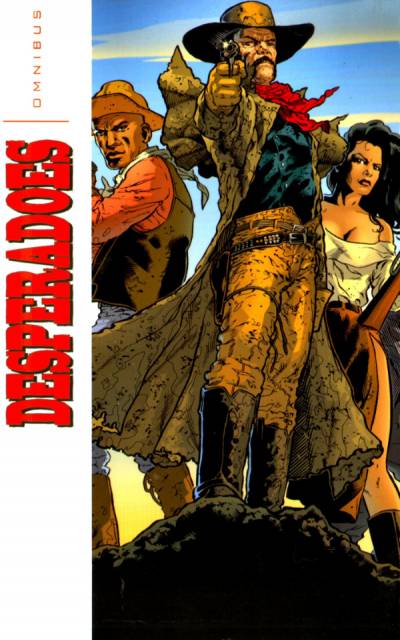 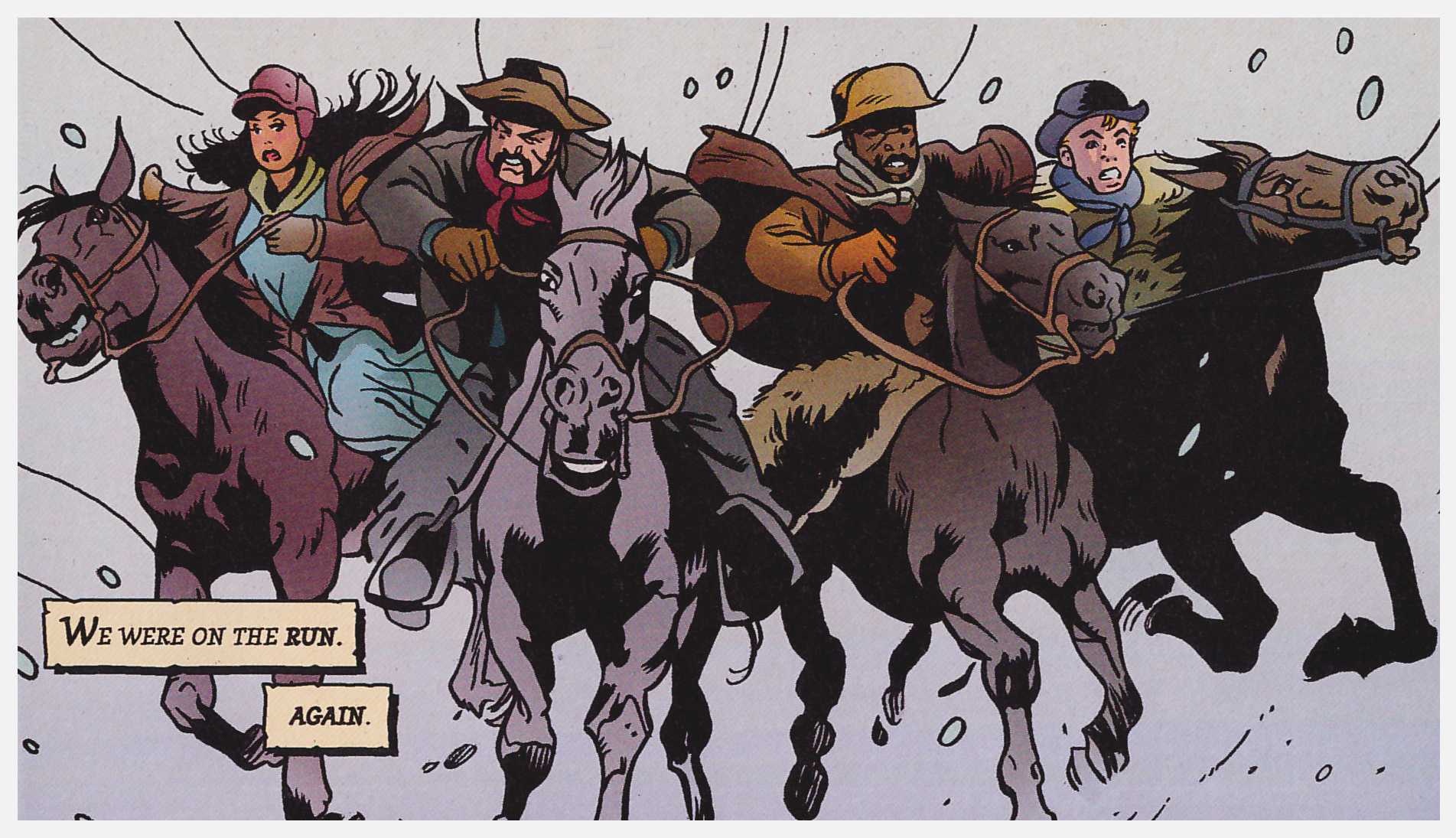 When Desperadoes first appeared in 1997 the Western comic was all-but dead, and since then there have been sporadic signs of a revival, not least a long-running Jonah Hex title. As guiding light Jeff Mariotte puts it, he wouldn’t claim to have kickstarted a revival, but he wouldn’t deny it either.

This bulky volume collects the entire output of what was a generally decent series. A Moment’s Sunlight, Banners of Gold, Buffalo Dreams, and Quiet of the Grave are fully reviewed under the individual titles. The short is that A Moment’s Sunlight, the first full series illustrated by John Cassaday, and the John Severin illustrated Quiet of the Grave should keep any Western fan happy, while the other two don’t match those standards.

A reason for buying this collection rather than the individual books is not only the value provided, but that it includes the otherwise uncollected 46 pages of ‘Epidemic’. This was originally published in 1999, between the arcs drawn by Johns Cassaday and Severin. Presumably it was for the sake of consistency that John Lucas illustrated, with some page layouts provided by Cassaday.

Jerome Betts is shot on a winter’s night, and the remainder of the gang ignore a quarantine sign to ensure he receives medical treatment in the nearest town. The sign referred to a flu outbreak, a lethal prospect in the days before widespread vaccination, but there’s far more going on than that in the oddly named Nacimento. Just when you’ve forgotten Desperadoes always features a supernatural element the story takes a turn into Lovercraftian territory before a reverse High Noon conclusion. Lucas’ art is ordinary rather than poor, which might apply to the story as a whole. It also contains the one scene requiring the adult content alert escaping the remainder of the series.