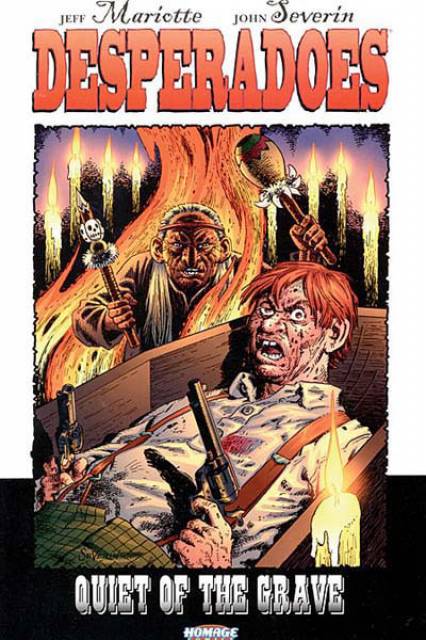 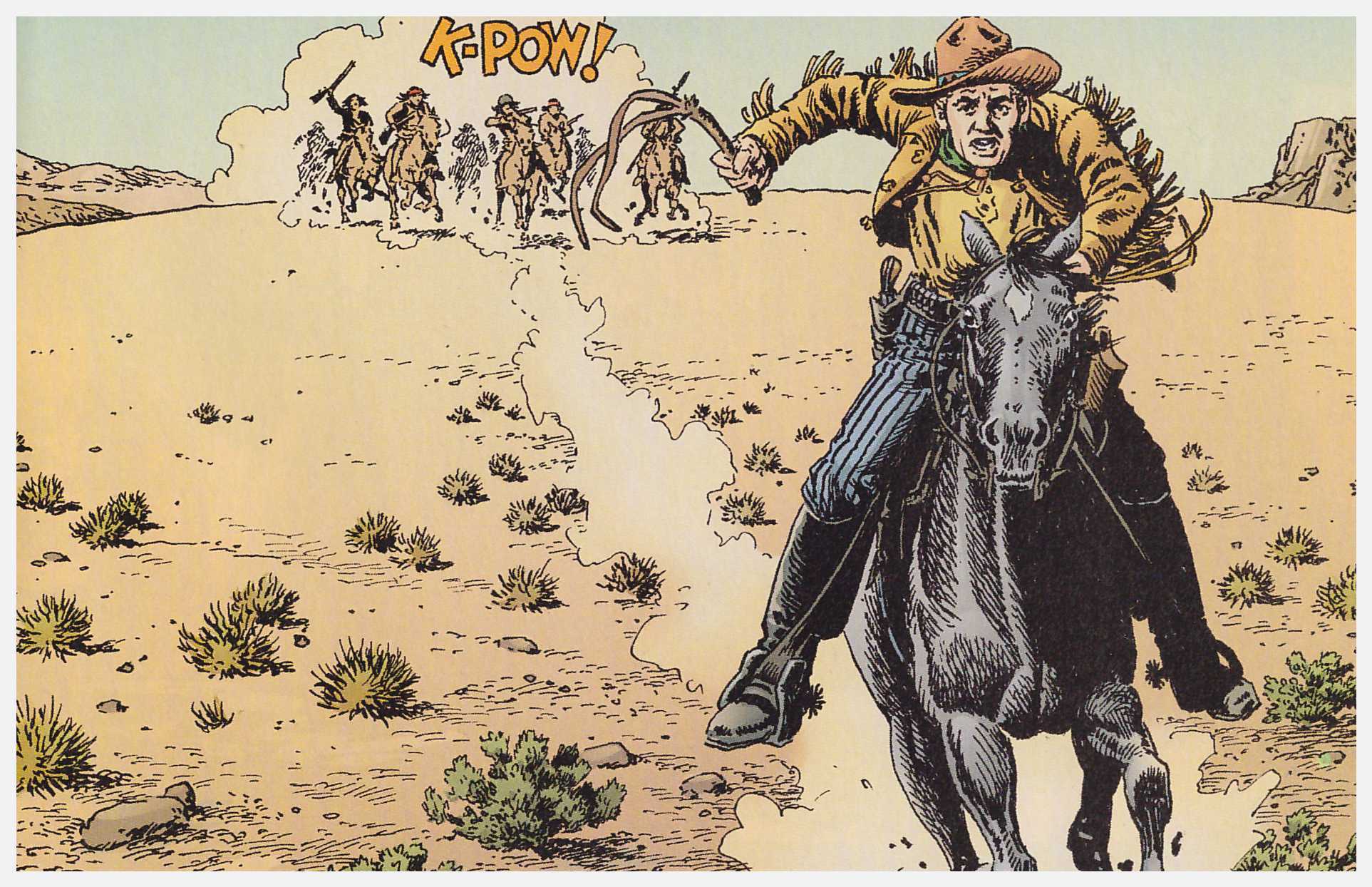 It might be considered that as the first Desperadoes story marked the début of John Cassaday, this would be a tricky act to follow. Not if your next volume is drawn by the legendary John Severin, a man who was producing superbly illustrated western stories when Cassaday’s father was in his infancy. “I’ve looked at every new batch of John’s pages with increasing wonder and awe. Now it’s your turn”, wrote series creator Jeff Mariotte, and he’s right. Severin by that point had been a class act for almost fifty years, and anything to which he brings his style and storytelling expertise is worth looking at.

Having introduced his cast in A Moment’s Sunlight, Mariotte splits them up in the Quiet of the Grave, which is a title that accrues meaning toward the end. Gideon Brood has a past that explains his name, and a bad experience in the first chapter leaves him convinced he attracts bad luck and his companions would be better off without his presence. He’s also unable to see the depth of feeling Abby deGrazia holds for him, while she’s well aware of how Race Kennedy feels about her. Jerome Betts has found love in a Mexican cantina.

Several additional complications muddy the waters. There are predators seeking revenge for an accidental killing in the previous volume, and a killing in self-defence opening this, and someone else who’s thievery has resulted in his being chased by the Apache. In fact Mariotte sets so many plots in motion that before staring the final chapter it appears he’ll lack the pages to tie them up. That’s not the case, and the ending is quite the shocker.

As with the first volume, there are supernatural elements, but they’re not overwhelming. Much of the content is straight Western.

Quiet of the Grave also forms part of the 500 page Desperadoes Omnibus collecting all Desperadoes material. This includes the one-shot ‘Epidemic’, set before this volume and otherwise not collected. The next volume is Banners of Gold.