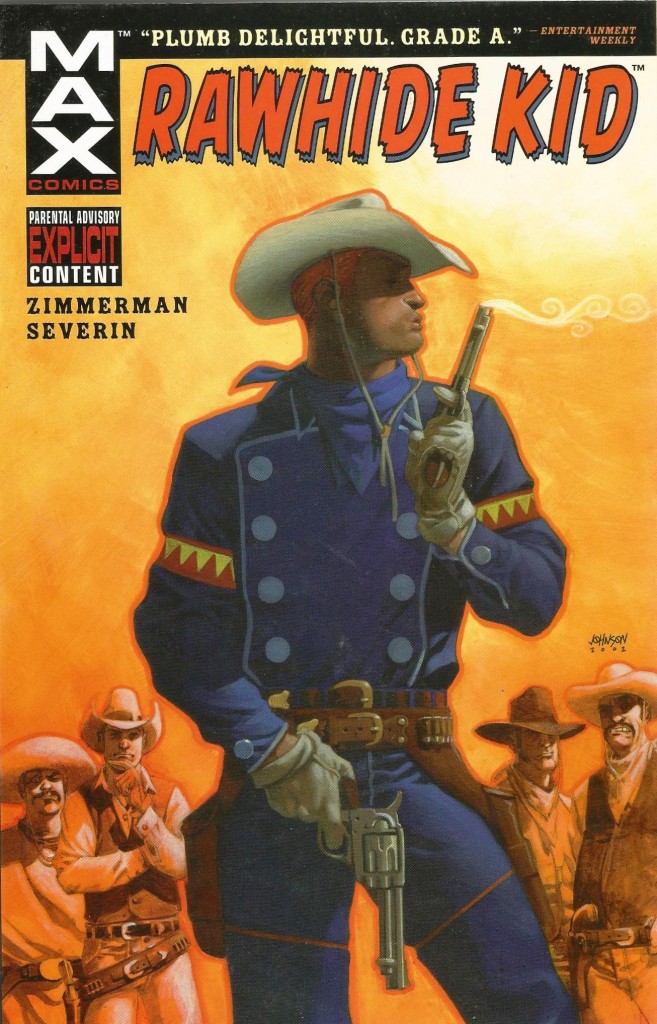 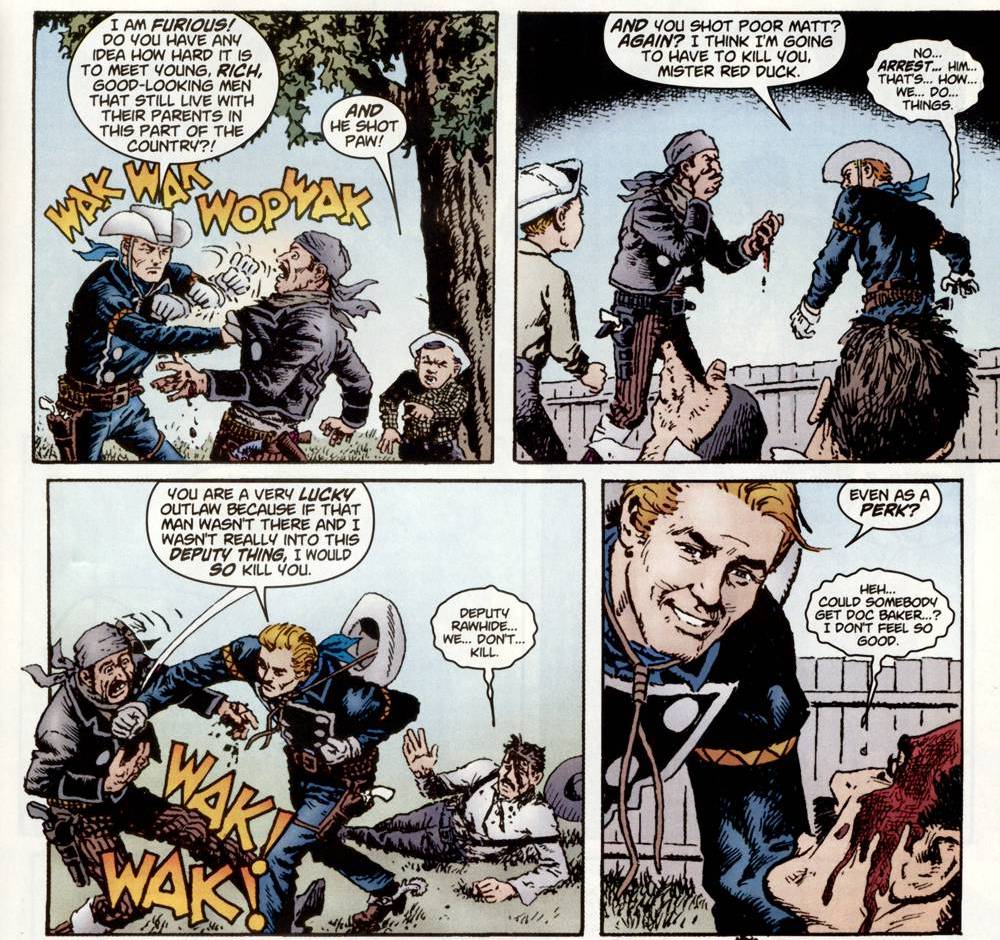 Released under Marvel’s adult-readers Max imprint, quite inexplicably, as there’s no nudity, no sex (though innuendo a’plenty), and only fairly moderate comedy violence, this caused quite the controversy on its release.

A small town in the west is terrorised by criminals, the Sheriff can’t cope, and a lone gunman rides into town to save the day. So far, so what? We’ve seen this hundreds of times.

Difference being, this lone gunman is the venerable Marvel cowboy, the Rawhide Kid, reinvented for the 2000s with character traits never before shown in his fifty-odd years’ history. He’s cultured, well-spoken, impeccably dressed, and flirtatious, with a constant stream of gossipy badinage and a deft line in double entendre. This perplexing vigilante takes up the cause of the beleaguered town of Wells Junction, and its hapless-but-hunky sheriff Matt Morgan, dishing out two-fisted justice to the bad guys and fashion and beauty advice to the marshal’s schoolmarm fiancée with equal aplomb.

Writer Ron Zimmerman was best known for The Howard Stern Show, and a newcomer to comics, but he handles the scenario smoothly, delighting in introducing, then subverting all the standard tropes of the Western film. John Severin, of course, was a legendary comics artist. Well into his eighties, he turned in superb artwork, his skills undiminished, applying his long experience on parody magazines such as Cracked and on Marvel’s old Western line to illustrate the action and the comedy with equal dexterity.

The resulting kerfuffle included long-time fans denouncing as ‘abominable’ the recasting of the Rawhide Kid as gay, and po-faced criticisms from gay readers that the Kid embodied so many of the stereotypes – bitchiness, vanity, shallowness – perceived as negative.

What seems to have eluded both sides of the debate is that the story is a comedy. It’s not intended to present positive role models – though the Kid’s determination, selflessness, and heroism are consistently admirable – but to entertain and amuse. It does that well, being a delightful Blazing Saddles-style trampling on the genre.

There are a couple of sour notes. A throwaway ‘funny’ line about rape adds nothing, and could easily have been left out, but generally it’s a cheerfully smutty read without any actual explicit content. One surmises that it was only released under the Max imprint at all because of Marvel’s nervous perception  that any gay character was risky.

The only new material for the collection was a rather pointless two-page faux-newspaper introduction. This version of the Kid returns, though not to equal comedic effect, in Rawhide Kid: The Sensational Seven.