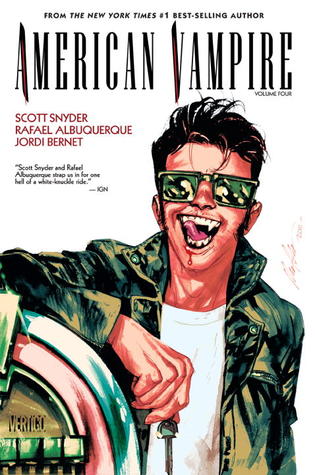 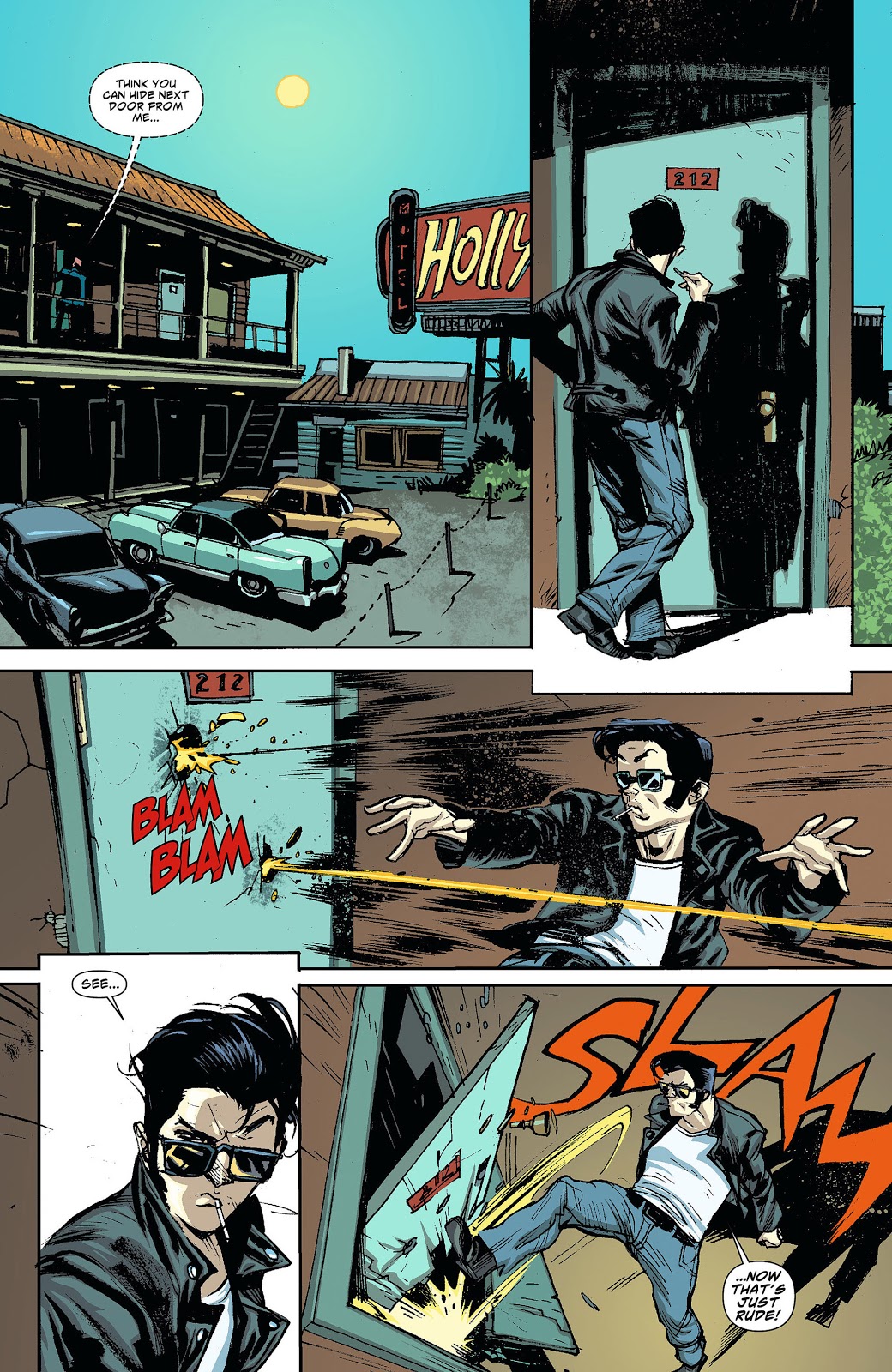 As the cover suggests, the American Vampire saga has now reached the 1950s, and this presents two tales set in that decade, and one stretching back to the 19th century.

That opener starts with a stunner of a surprise, as we look back on Skinner Sweet’s participation in the Indian Wars of the 1870s. It’s drawn by Jordi Bernet, who relishes a good Western, supplying glorious scenery with a few strokes of ink on the page, and an impressive vampire transformation. It seems Skinner’s time in the army was as controversial and violent as his later days, and partially explains how two men were set upon their path.

Travis Kidd is the focus of ‘Death Race’. He’s very James Dean in style, but certainly not your average greaser, with his own internal monologue and pocketful of secrets. Scott Snyder sets up some stunning action sequences as he makes sure the title has some resonance, and some reflections on cool. There’s a plot thread leading back to a throwaway moment from volume two, and Snyder keeps the surprises coming to the very end. Rafael Albuquerque is back for the art, but with fewer lines on faces, although still not one for backgrounds if they can be avoided. As previously, though, when it comes to vampiric savagery he really kicks loose.

That story ends on rather a shocker, but it’s not followed up until volume five. Instead what follows is a lesson on taxonomy from an expert.

A doo-wop group called the Nocturnes provide the final story title, and exemplify the foreshadowing Snyder sets up, and the mythology he’s creating, where everything’s connected. They were referenced during ‘Death Race’. As with other story titles, it has a dual meaning. Calvin Poole returns from the previous volume, now with a dual identity, and the tale introduces a new species of vampire. Again, Snyder keeps the surprises coming, but considering there are only two chapters to this story it’s a shame they couldn’t both have been handled by the same artist. Roger Cruz supplies more detail than Riccardo Burchielli, but that may be because the latter came on board at short notice.