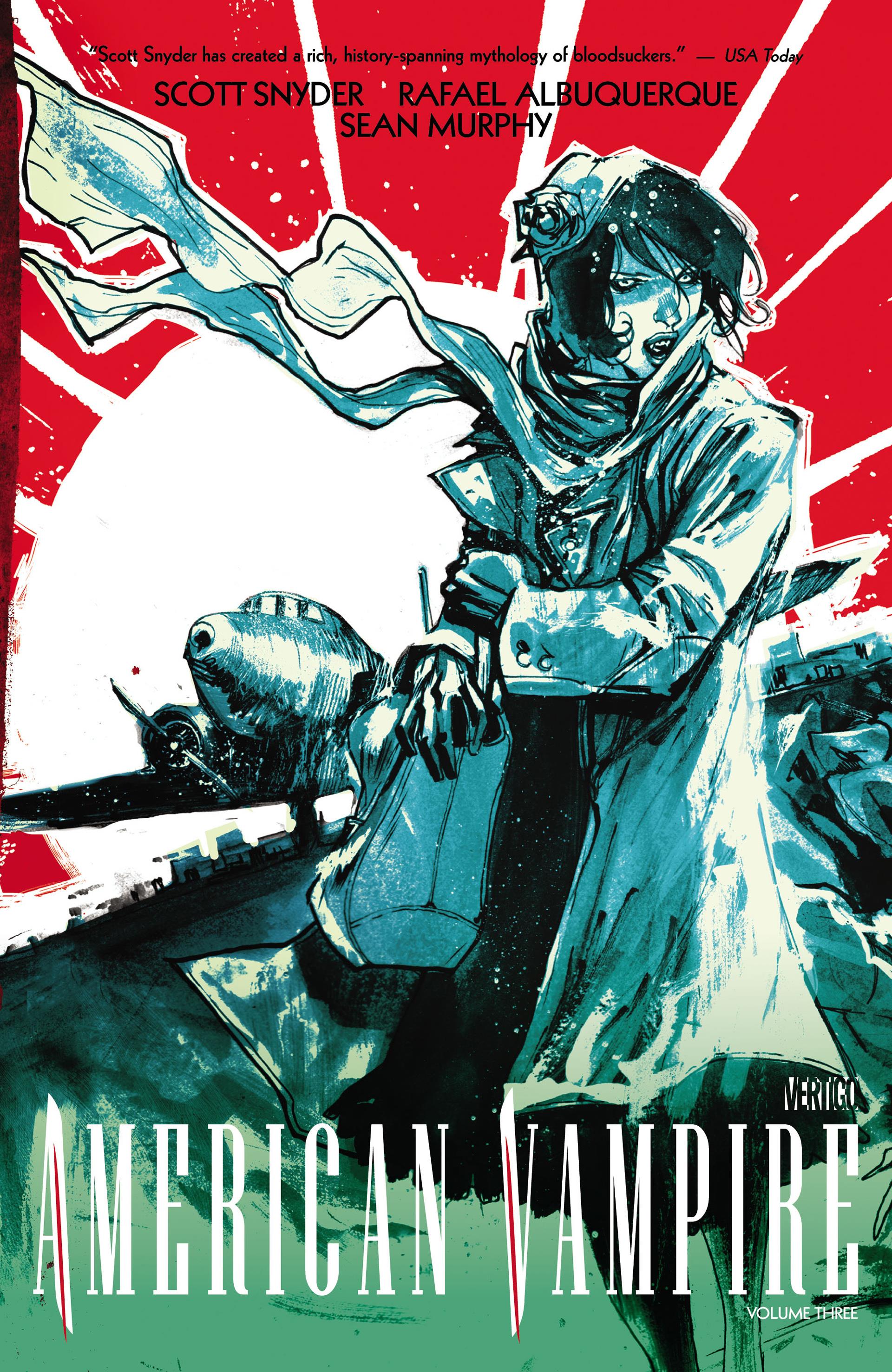 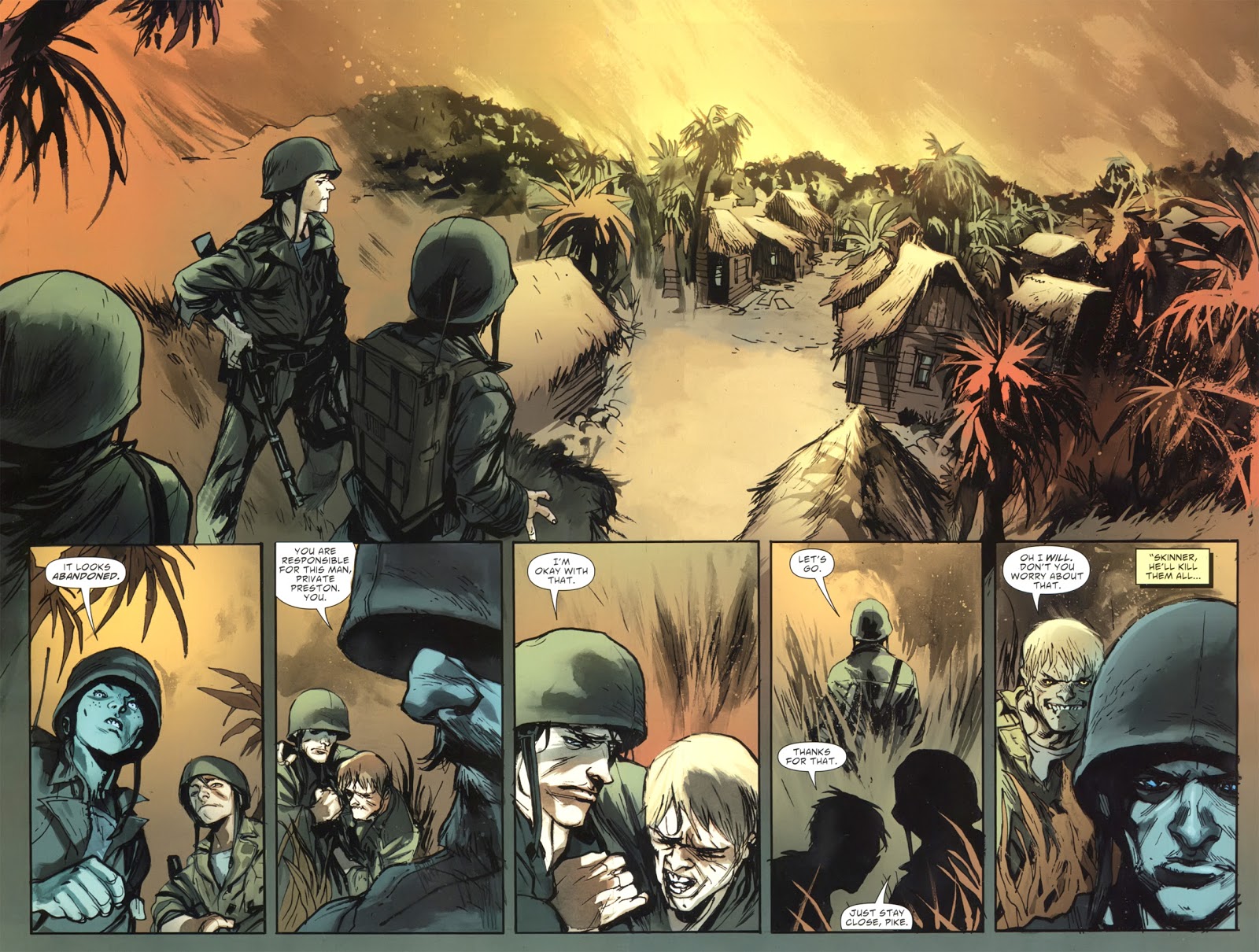 Volume three of American Vampire manages to pack in three separate stories. There’s a fine brief opening chapter drawn by Danijel Zezelj in which Skinner Sweet attends a wild west show in 1918, the centrepiece of which is a reconstruction of his capture by James Book in the 1880s. A chance remark reveals there was more to that incident than he previously knew, and he acts accordingly.

The narrative then shifts to 1943. Seven years previously, Henry Preston made a deal with the Vassals of the Morning Star in the belief that he was protecting Pearl Jones. He’s now enlisted and shipped to the islands off Japan during World War II, and consequences of that decision come home to roost in ‘Ghost War’.

Scott Snyder reveals more about different species of vampire here, and that it’s not only vampires who’re deceitful and untrustworthy. What begins as a tale of vampires vs GI’s morphs into something else, and the better for it. The Japanese become involved, and the revelation of what they’re up to, if considered removed from the story, is laughably preposterous, but Snyder has set exactly the right tone from the start, and it fits.

Someone finally appears to have told Rafael Albuquerque that decorating the noses of all his characters with extra lines wasn’t a good idea. While their absence is welcome, the odd blotches and shading remain on some faces while others are still a miasma of extraneous lines. As previously, he’s at his best when depicting the ferocity of vampires, and there’s something of Gene Colan in his use of light and shade. Unfortunately Dave McCaig continues to colour in seven shades of mud.

‘Survival of the Fittest’ features another artist who loves drawing lines on the noses of his cast, but Sean Murphy is an altogether different class. His characters have far more life to them, Murphy supplies them with an environment rather than a muddy background and his layouts have an imagination absent in Albuquerque’s art. Snyder’s story centres on Felicia Book in 1941, now five years older than previously, a fearsomely capable vampire hunter and haunted by a case detailed in volume two, from which Cash McCogan also returns. Vampires and Nazis have always been a hugely enjoyable horror mix, and Snyder doesn’t disappoint with a tale that keeps surprising.