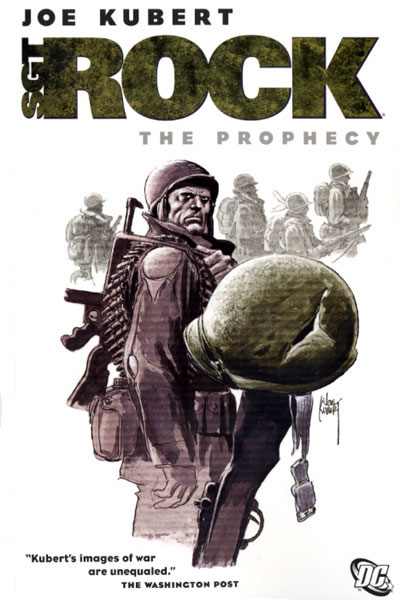 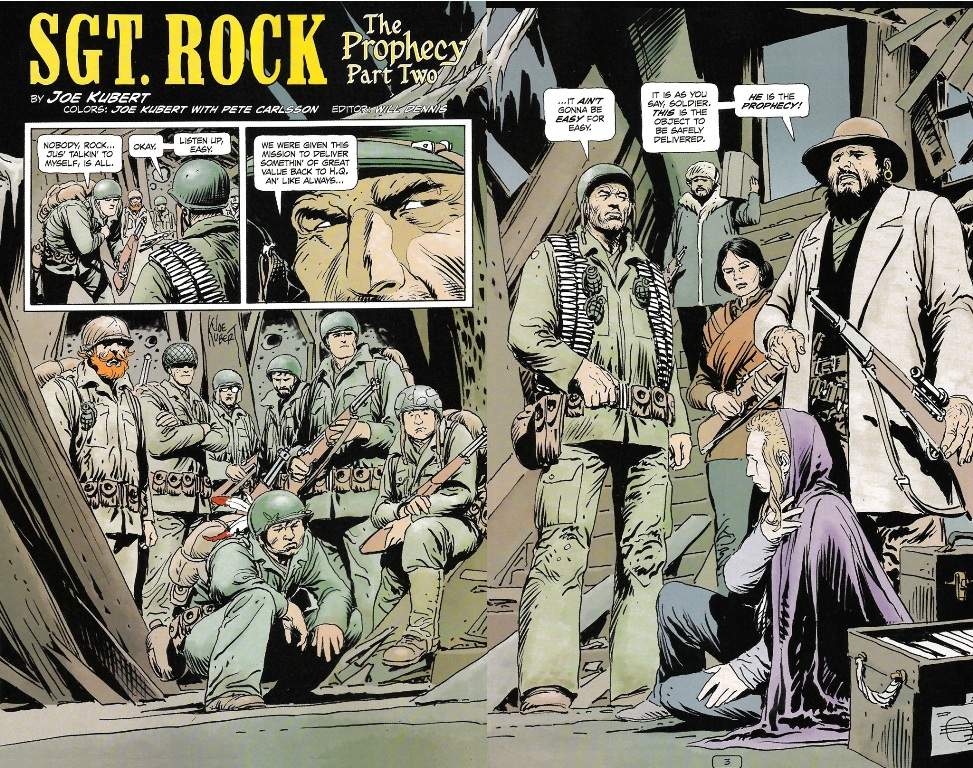 Drawing war stories was Joe Kubert’s bread and butter during the 1960s and 1970s, and on one level The Prophecy is very much in the style of Robert Kanigher’s Sgt Rock stories, of which Kubert illustrated dozens. It’s sparsely told in places, with the art conveying much of the story. Scratch a little deeper though, and there’s a depth lacking in much of Kanigher’s work, which was very plot driven.

The Prophecy of the title is a person, David, to be delivered to New York where he will broadcast to the Jewish people and inspire them. David is a slow release character. Arrogant and unlikeable when introduced, his extraordinary faith in a loving God endures despite the barbarity he witnesses first hand. Midway through the book there’s a beautifully delivered scene where he leads the squad through a minefield. In other hands this faith could be utilised as plot contrivance, but Kubert’s use is sparing and well considered, although serving dramatic purpose. David’s presence alone places the fate of European Jews during World War II as a central theme, but Kubert spreads the net wider, reminding persecution wasn’t exclusive to the Nazis.

Kubert takes us on a tour of the horrors war engenders. The Nazis commit atrocities, as do the Russians, and the Lithuanian freedom fighters, each justifying their depravity by the suffering they’ve endured. Rock and his combat-weary squad drift through the atrocities experiencing the war in microcosm. Characterisation is thin, but established in subtle fashion, such as an early scene cementing the respect the squad have for Rock via seeking his opinion.

The series isn’t entirely without fault, and there are occasions when Kubert all too easily resorts to cliché. The likely readership is familiar with the mileu, and as soon as the simple Bulldozer befriends a puppy they’ll know its fate. Yet the art is glorious. In fifty years of drawing comics Kubert constantly refined his ability. The Prophecy has a sketchy quality at times, but he delivers credible movement like no other artist and his people live, breathe and suffer. Of particular note are the portraits forming the covers to the chapters when released as individual comics, beautiful valedictory studies of characters he worked on for years.