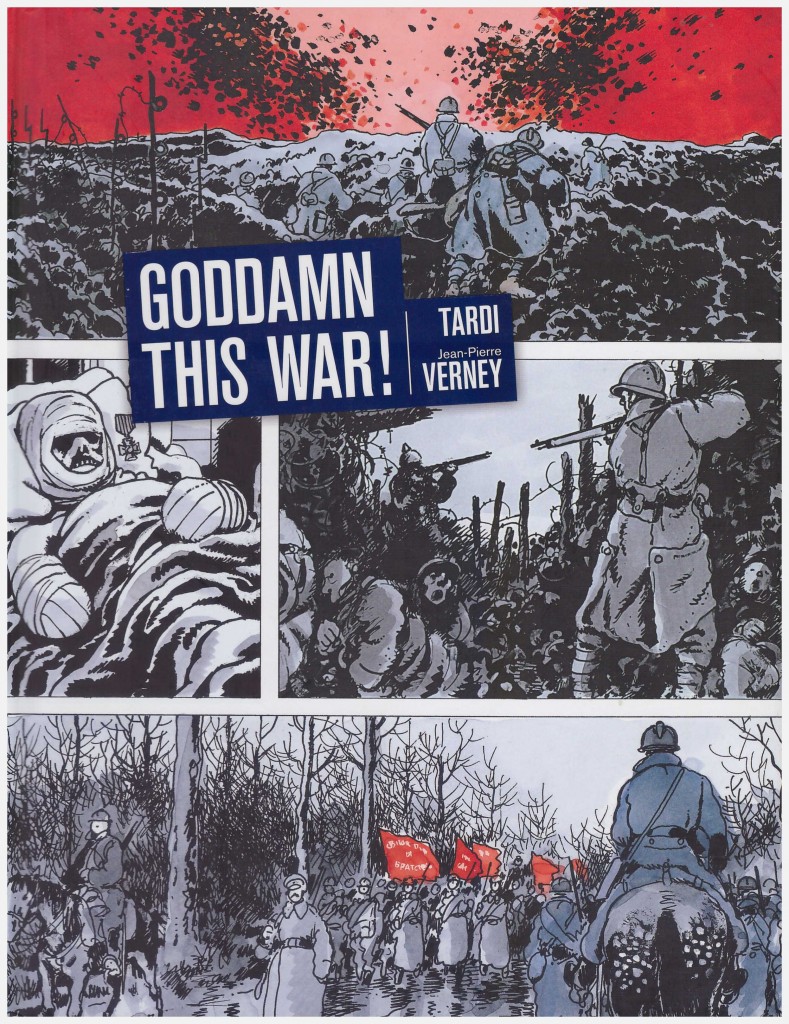 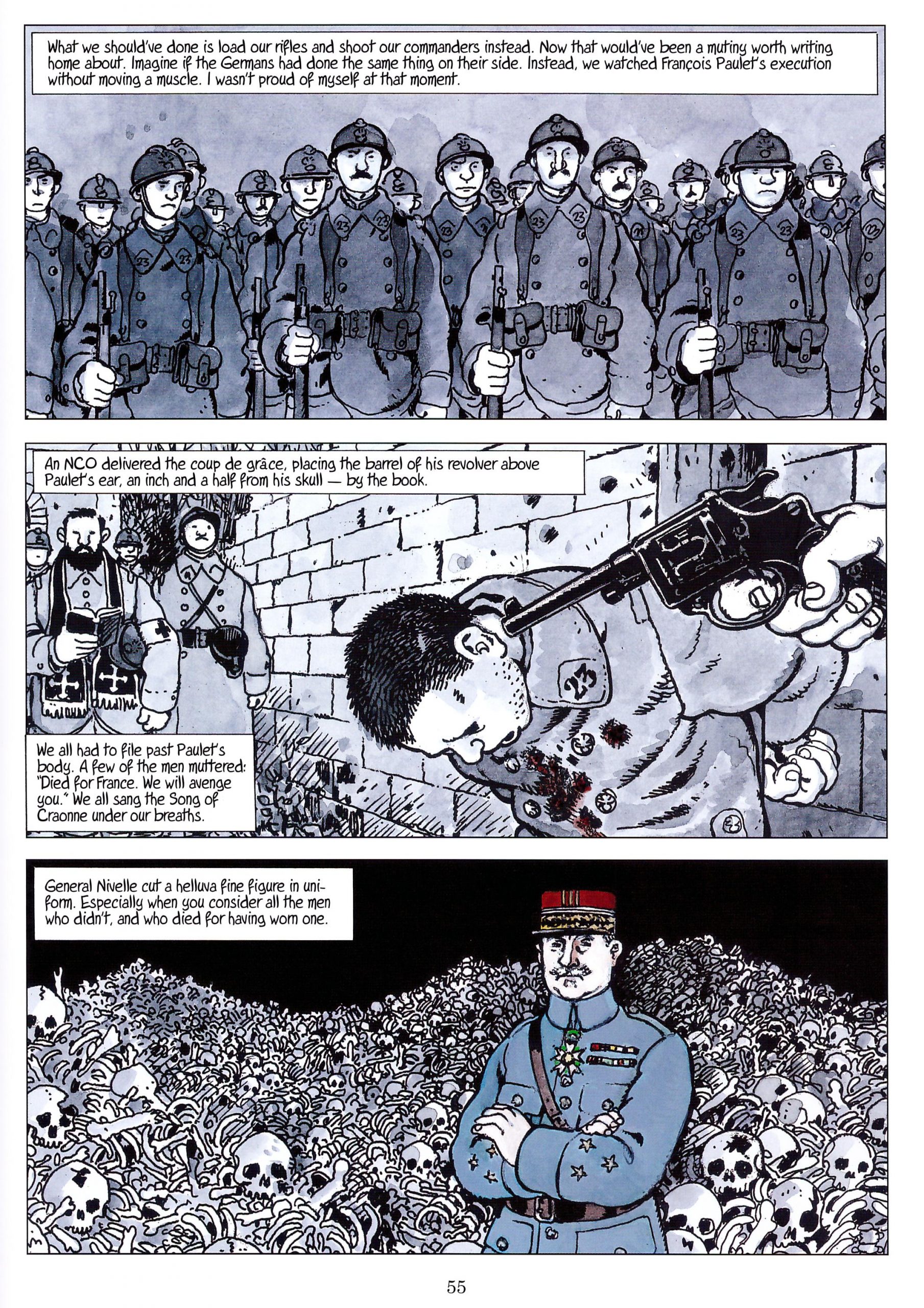 Jacques Tardi’s C’était la guerre des tranchées was first published in France in 1993 and released as an English edition by Fantagraphics in 2010. Three years later It Was the War of the Trenches was supplemented by an even more impressive and heart-rending notional sequel.

Credited with creating a new style of expressionistic illustration dubbed “the New Realism”, Tardi is one of the greatest comics creators in the world, blessed with a singular vision and adamantine ideals, even apparently refusing his country’s greatest civil honour through his wish to be completely free to say and create what he wants. Far too few of this master’s creations are available in English (barely a dozen out of more than fifty), but recently thanks to Fantagraphics, we’re catching up.

A lavish and subtle hardback in full colour and moody, these evocative tonal sequences were originally released in newspaper-format pamphlets before being collected. Goddamn This War! traces the course of the conflict through the experiences of an anonymous French grunt, lucky, devious and cynically suspicious enough to survive the worst of times.

The haunting episodes relate the horrific, boring, scary, disgusting and just plain stupid course of an industrialised war managed by privileged, inbred idiots who think they’re playing games and restaging Napoleon’s cavalry campaigns, as seen from the perspective of the poor sods actually being gassed and bombed, bayoneted and shot at.

Goddamn This War is divided into five chapter-years running from ‘1914’ to ‘1919’ as the global killing didn’t stop just because the Germans signed an Armistice in 1918. Just ask the Turks, Armenians, Russians and other Balkan nations conveniently forgotten once the shooting officially stopped. The narration is stuffed with the kind of facts and trivia you won’t find in history books as our frustrated and disillusioned protagonist staggers from campaign to furlough to what his bosses call victory, noting no credible differences between himself and the “Boche” on the other side of the wire, but seeing huge gulfs between the men with rifles and the toffs in brass on both sides.

Moreover this shockingly emotional testament is backed up by a reproduction of ‘The Song of Craonne’ – a ditty so seditious that French soldiers were executed for singing it – and a capacious, revelatory year-by-year photo essay by historian, photographer and authority Jean-Pierre Verney. His World War I: an Illustrated Chronology chillingly shows the true faces and forces of war and is alone worth the price of admission.