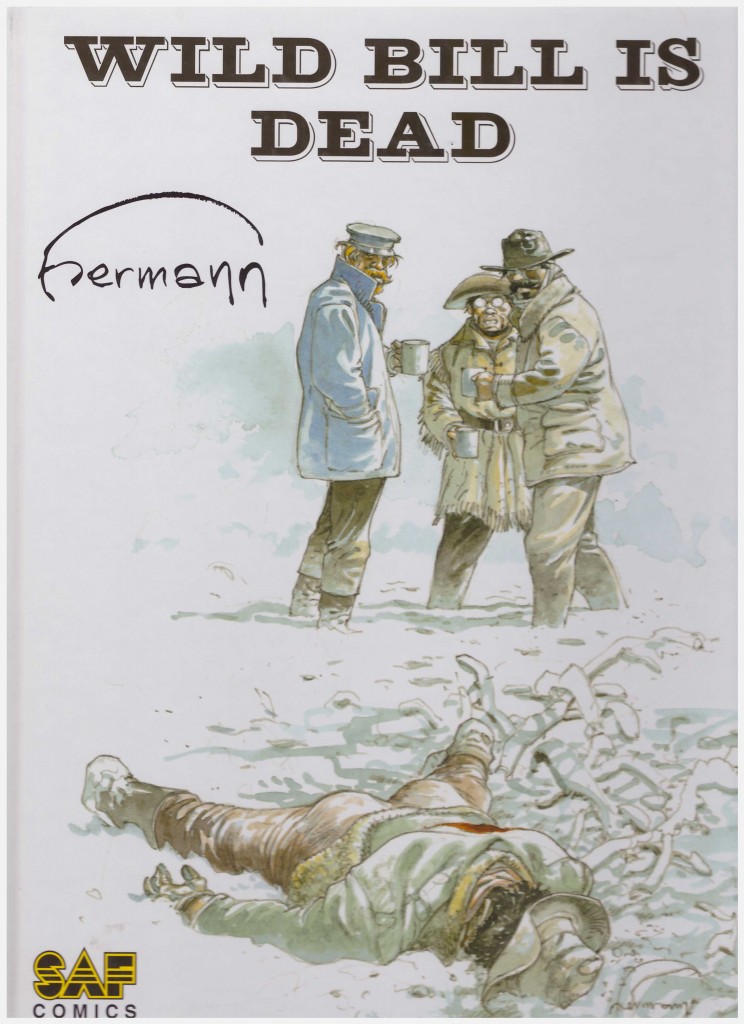 A family of prospectors is murdered outside Deadwood in 1870, and Melvin, a friend of the young daughter, only evades their fate by concealing himself. It’s an early induction into the ruthless violence of the times, where death is but a random bullet away. When Melvin notifies the sheriff, he’s ignored as Wild Bill Hickock has also been killed earlier. That’s the start of his journey through life, a meandering path that eventually leads back to Deadwood.

Hermann’s story of the classic Western loner is a spectacularly illustrated love letter to the old West filtered through European sensibilities. Hermann’s old western towns have a rugged realism, and the people he populates them with are hard men who’ve lived hard lives, each of them distinct. The tale unfolds at a leisurely pace, shot through with beautifully depicted landscapes and wildlife. Leaving his drunken prospector uncle, Melvin first travels with Louise and Charlie, a gambler and prostitute, before his enforced departure. He grows to manhood working with a trapper, learning the ways of the wild and afraid to approach town.

Melvin navigates the violence of his surroundings with a craggy persistence reflecting the landscape. He works in a sawmill, and a bar before a stroke of good fortune enables him to better himself. Along the way he never forgets his past, his most treasured possession a decorative stone given to him by the young girl on the day she died, and this is what motivates his existence.

This handsome European style album is long out of print, and it’s to be hoped Dark Horse continue with their series of Hermann reprints.