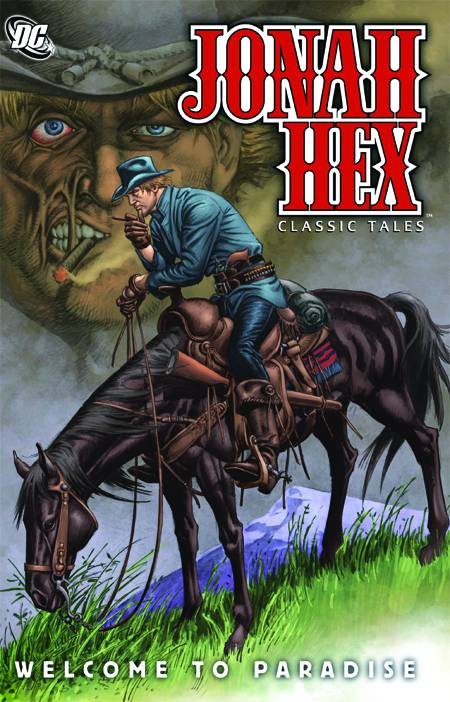 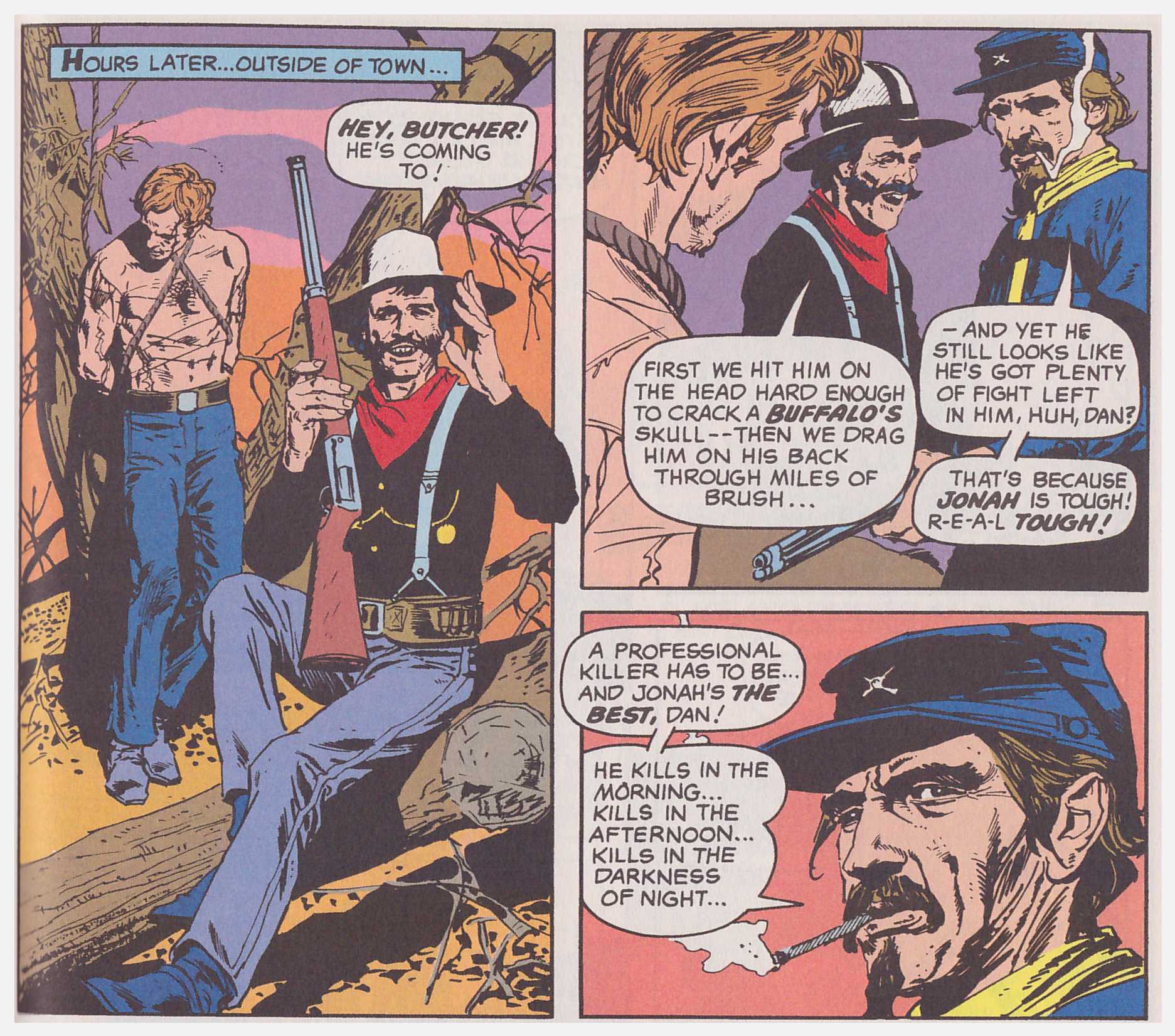 With a Jonah Hex movie imminent DC finally considered it financially worthwhile to reprint a selection of the earliest tales of their gruesomely deformed bounty hunter in colour. The stories here are cherry picked from a five year period between 1972 and 1977. Those familiar with the material may carp about the omission of certain favourite stories, but all would surely agree this serves as a representative choice touching on what became significant elements of Hex’s lengthy run.

It was John Albano who created Jonah Hex, and three of his stories open the collection, but it was Michael Fleisher who became synonymous with Hex, and the other six stories are his. Given his prominence in the Jonah Hex film, a run of stories featuring Quentin Turnbull is a logical editorial decision. They’re good stories, but not the best of Fleisher’s run. A distinctly odder editorial choice is to name the collection Welcome to Paradise, while omitting the story with that title.

Hex’s introductory appearance delivers him not quite fully fleshed-out, his unpleasant, surly and uncompromising personality still entwined with a streak of sentimentality. As the collection progresses, though, the more familiar Hex emerged. The best Albano story spotlights a town intimidated and controlled by a ghastly old woman in a wheelchair and her two thuggish sons, with the type of retributive ending that featured regularly in the best Hex material. Fleisher’s contributions delve into an incident from Hex’s confederate past resulting in the death of his best friend. The friend’s father, Quentin Turnbull mistakenly believes Hex responsible and possesses an iron determination to set things right a decade later.

The art throughout is of a very high standard. Tony De Zuniga, who designed Hex’s memorable disfiguration, and Luis Dominguez deliver scratchy, grubby Western locales, and José Luis García-López remains woefully under-rated. His contribution introduces a rare foe who consistently escapes Hex’s bullets, Mexican bandit El Papagayo. The best art, though, accompanies the best story. It was a rare step back into comics for then animation artist Doug Wildey, illustrating a clever piece by Fleisher touching on how some communities welcomed bandits who targeted the interests of those owning the railroad.

Anyone enjoying these stories is directed to the two bulky black and white volumes of Showcase Presents Jonah Hex, combining to collect the first seven years of Hex’s material.