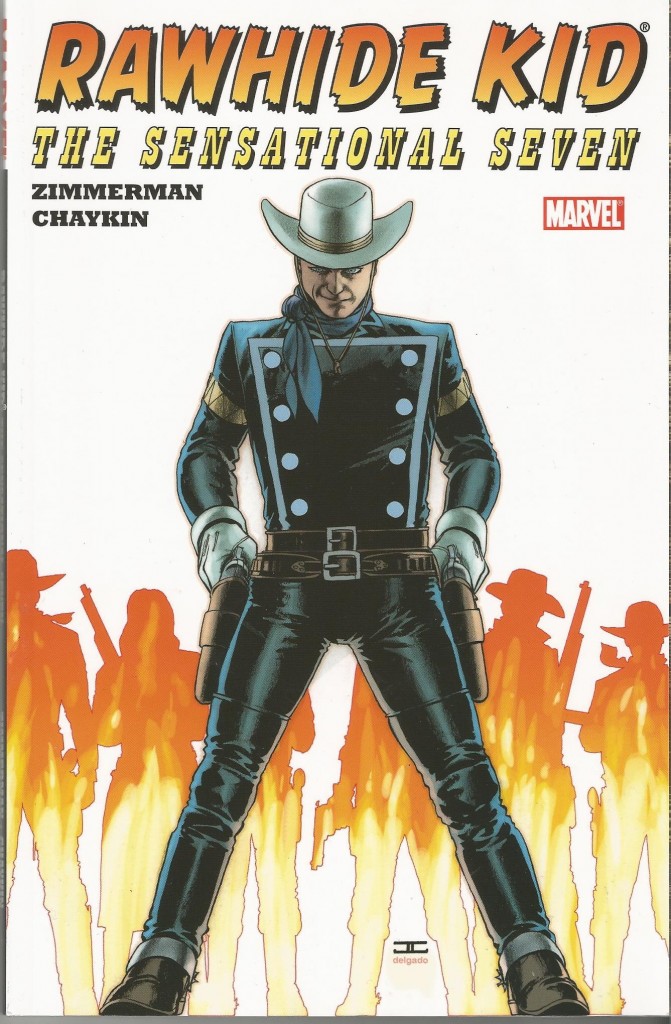 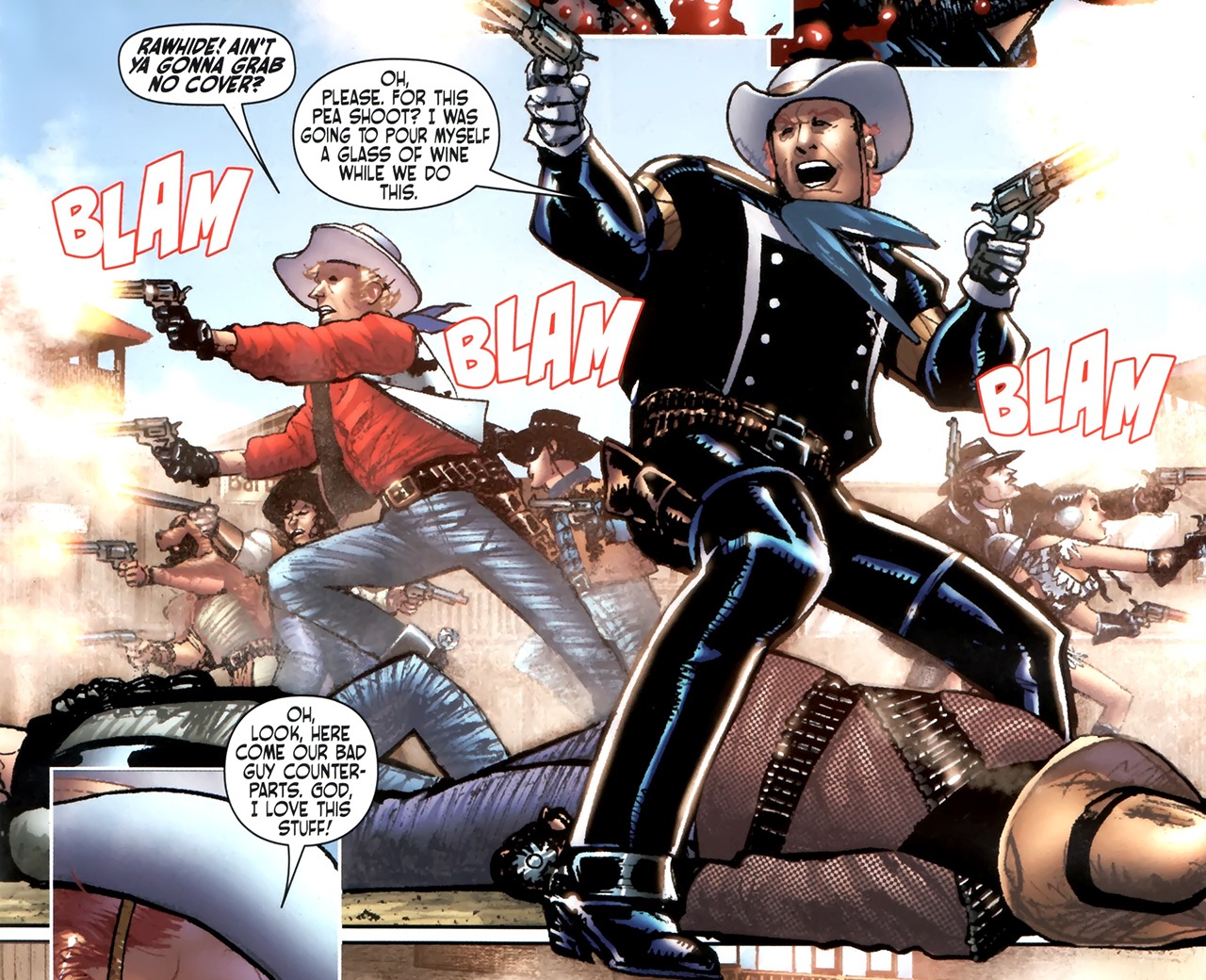 Following the unexpected, if controversial, success of Rawhide Kid: Slap Leather, Marvel was open to a sequel, which duly came along in this offering from Ron Zimmerman and, John Severin being by then sadly deceased, artist Howard Chaykin.

If Slap Leather spoofed all the ‘Lone Gunman’ Western movies, then this in turn lampoons all the ‘Getting Up A Posse’ variety, as the Rawhide Kid – the West’s “best-dressed” gunslinger – gathers together a group of vigilantes and outlaws to rescue the Earp brothers and bring their kidnappers to justice. Some of his new compadres are established Marvel properties (Two-Gun Kid, Kid Colt, Red Wolf) and some are not (Annie Oakley, Doc Holliday, Billy the Kid), but all succumb to Rawhide’s blandishments, of one kind or another, and ride out to do the right thing, if sometimes for the wrong reasons.

Sadly, the story lacks the lightness and warmth of its predecessor, partly due to lazier writing on the part of Zimmerman, but predominantly owing to the indifferent artistic efforts of Chaykin.

Zimmerman here is much cruder and prone to cheap shots than in the previous book, and the greater level of scatology – plus a leaden ‘funny bit’ about Annie Oakley being the subject of implied attempted gang-rape – are tiredly offensive, rather than creatively so. There are a couple of mildly amusing bits, such as Two-Gun’s being a legend only in his own mind, and endlessly boring his compadres with his fantasy about going to the future and teaming with the Avengers, but there’s much less fun to be had than before.

Howard Chaykin’s artwork spectacularly fails to take up the comedic slack left by Zimmerman’s script. His line is carelessly muddy, his reliance on stock poses is numbing, and his fallback of three basic facial expressions – smiling, angry, or ‘stunned halibut’ (default for shock, sorrow, envy and what have you)  – proves particularly irksome. The subsistence-level bare-competence here belies Chaykin’s own history of innovative work.

To pad out what would otherwise be a painfully thin paperback, Marvel also throw in a reprint of 1967’s Two-Gun Kid 89, in which the three Marvel ‘Kids’ (Two-Gun, Rawhide, and Colt) meet under rather more happy circumstances. ‘Groovy’ Gary Friedrich’s script may be just as cliched as Zimmerman’s, but the artwork by Ogden Whitney shows Chaykin how it should be done.