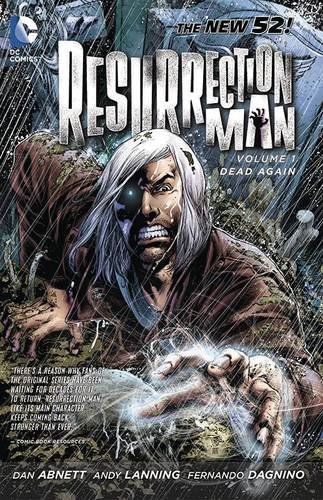 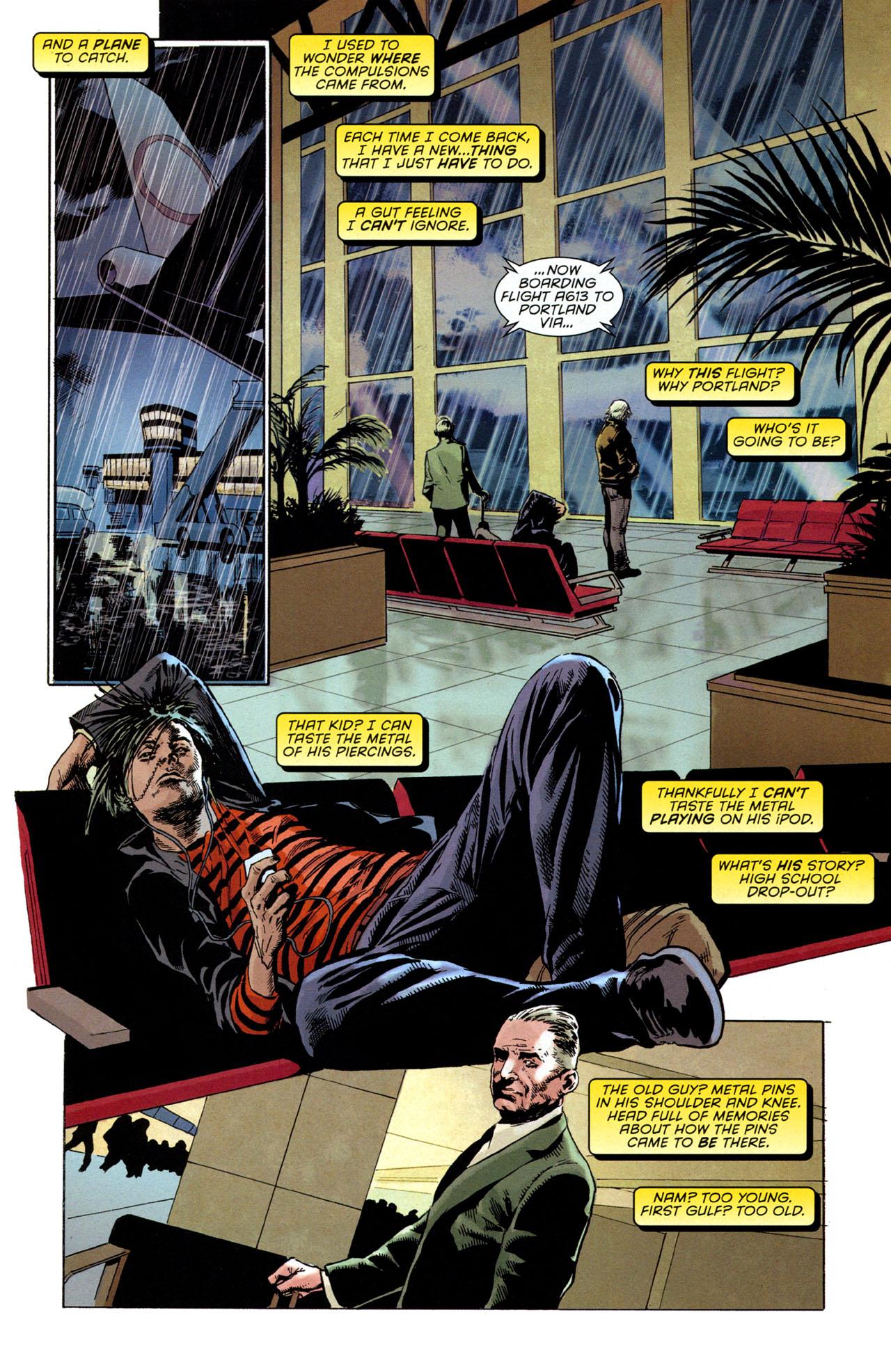 Resurrection Man is unique among DC’s superhero pantheon, not least for his creators Dan Abnett and Andy Lanning being among the very few writers able to appreciate his potential. Since the cancellation of his original series in 1999 Mitch Shelley’s appearances have been pretty well restricted to being a background character in crossovers, and a small role in Supergirl. It’s an unaccountable waste of a terrific character. Yes, there’s a convenience in his constantly changing super powers, and a morbidity in his having to die in order to activate new abilities, but how has this character remained more or less ignored?

Perhaps the only good aspect of DC’s 2011 ‘New 52’ reboot was the unpredictably of reactivating many concepts that might not be considered to have the most obvious commercial potential. Resurrection Man was among them, thankfully with writers Abnett and Lanning in place. As previously, he returns from the dead with a new super power, as previously there are gaps in his memory, and there’s now a compulsion to complete a mission, although it only manifests in vague terms. The new addition to the concept is that Mitch’s soul is long overdue for collection, and that makes him a valuable prize for assorted extremely powerful and ancient beings. Also back are Bonnie and Carmen, alluring assassins the Body Doubles, who had seen a lot more use between the two series, now with powerful connections.

Fernando Dagnino is the primary series artist and improves as Dead Again progresses. His layouts are good from the beginning, but this is accompanied by a flatness to the panels, and some odd foreshortening. Fernando Blanco takes over the art for one episode and at first appears unable to design a comic page prioritising storytelling clarity, but there’s sea change to his approach after a few pages.

As with the case for other ‘New 52’ reboots, this isn’t the same Mitch Shelley as in the first series. He has a different origin, and Abnett and Lanning have improved on what they concocted the first time round. There are further clever aspects to Dead Again, such as placing Shelley somewhere he can’t die, tying in the Body Doubles with his past, and an opening section where Mitch analyses his fellow passengers at an airport. However, it’s also prone to going over the same ground, and it’s only in the final chapters that Dead Again comes to life. This is because although it’s novel, the plot concerning assorted parties wanting Mitch’s soul intrudes to the point where it squeezes out the human aspects. The previous series was characterised by some jaw-dropping surprises, but the twists presented here aren’t of the same quality, and that’s disappointing. Nothing is really resolved by the end, which is dealt with in A Matter of Death and Life. 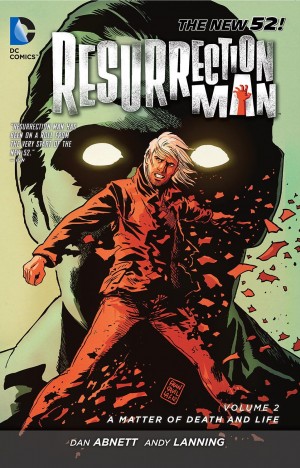