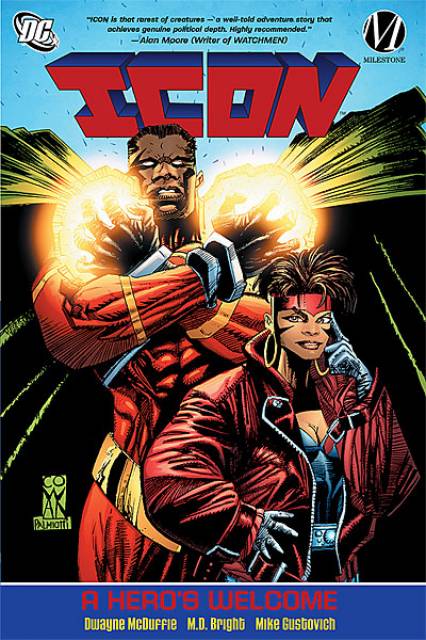 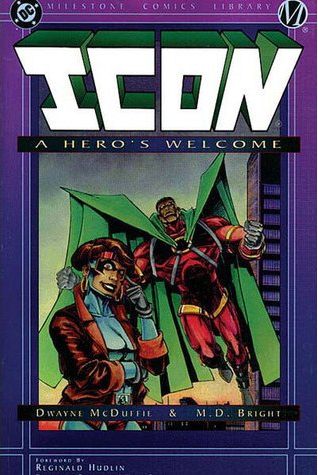 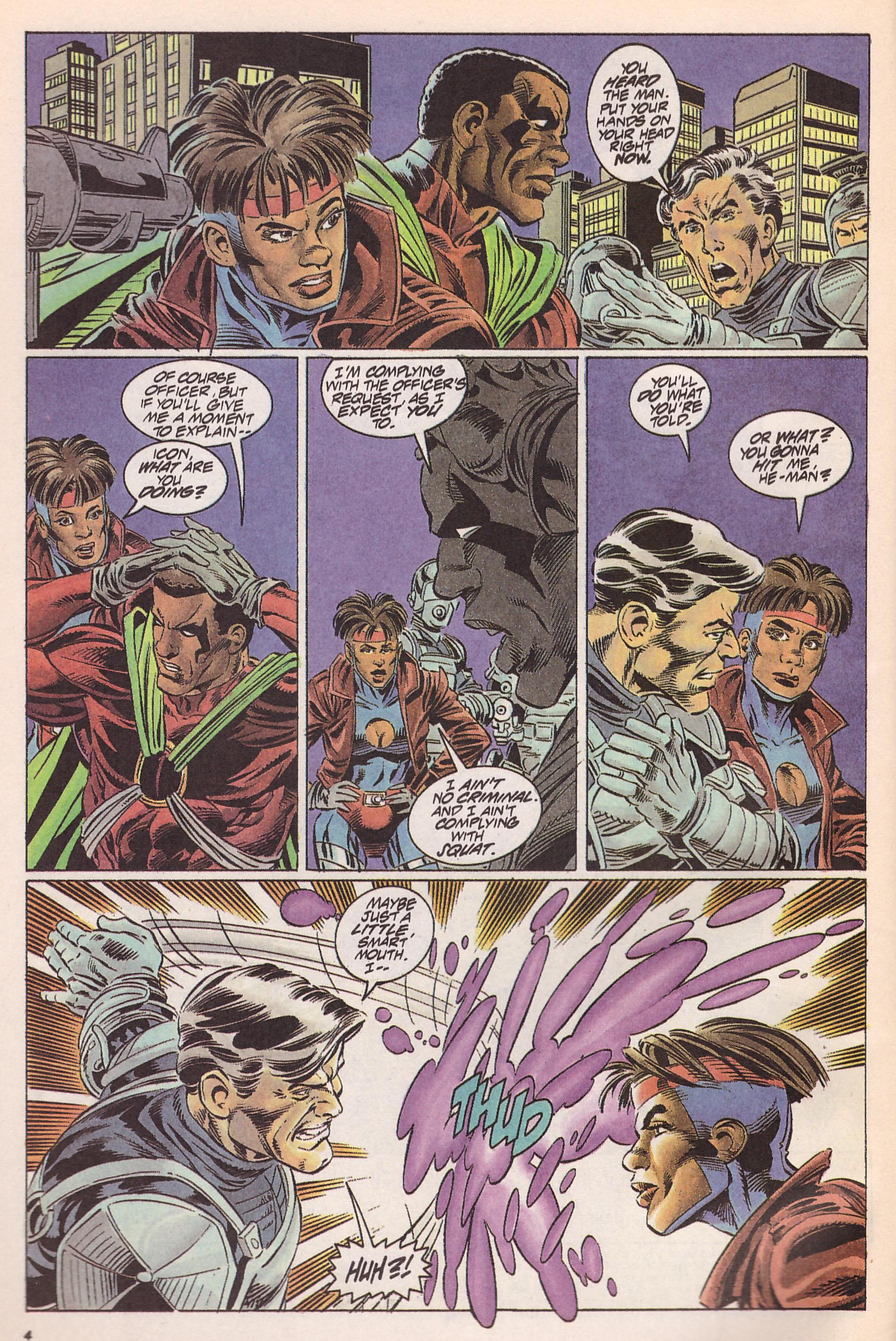 When all is peeled back and revealed, as it is by the end of A Hero’s Welcome, there’s a very clever twist to Icon as it becomes apparent just what’s been reworked for the premise. That alone would merit the series a mention as a noteworthy superhero title, but writer Dwayne McDuffie ensured there’s plenty more to enjoy.

For starters there’s the dynamic between rich lawyer Augustus Freeman, and the impulsive Raquel Ervin, teenage girl from a poor neighbourhood who wants to better herself, and with the intelligence to do so. She knows she’s doing the wrong thing by accompanying friends intending to rob a rich household while the police are occupied elsewhere, and shares the astonishment of her friends as Freeman appears to be bulletproof and can fly. It’s plot convenient that he’d choose to deal with intruders in this obvious fashion, having previously concealed his abilities.  She, however, is the only one who returns, unafraid to lecture Freeman about how he has an obligation to use his gifts to help the downtrodden of Dakota City and to set an example. The essentially conservative Freeman initially resists, but has the character to be able to change his mind in the face of evidence, and the superhero duo of Icon and Rocket is born.

McDuffie throws Rocket a curveball early, and as she’s the character developed here in both identities it leads to some good dramatic scenes. While this occurs Icon’s away looking for answers regarding an event that’s turned what were ordinary, if violent, kids into super powered controllers of their neighbourhood. It’s with this aspect that Icon loses its sheen a little, as McDuffie employs the punch first and ask questions later to every superhero encounter in this collection. Each, however, has a moment that leads naturally to the next set of questions.

Artist M.D. Bright once drew Iron Man comics as Mark Bright, and had a solid enough superhero style for the 1990s, choosing traditional layouts and anatomy rather than the then hugely popular distortions then prevalent at Marvel. The success of the plots depends on Rocket/Raquel as a believable teenage girl, and Bright plays his part in this with emotionally strong illustrations of her, particularly when out of costume. Her problems lead to a massive decision in the penultimate chapter, which is the best of the book due partially to the comparative lack of superhero action.

Superhero comics have progressed considerably since the early 1990s, but there’s still much to admire about Icon. McDuffie’s characterisation is excellent, and throughout the book he stresses an attitude of positivity in a downtrodden community, reinforcing that whatever the answers to problems may be, they don’t lie in preying on others.

The book ends abruptly, and the continuation Mothership Connection doesn’t pick up on the ending, which led into a crossover of other Milestone titles. Don’t let this put you off, and if you really need to read the following stories they’re in other Milestone comics clearly marked ‘Shadow War’ on the cover.