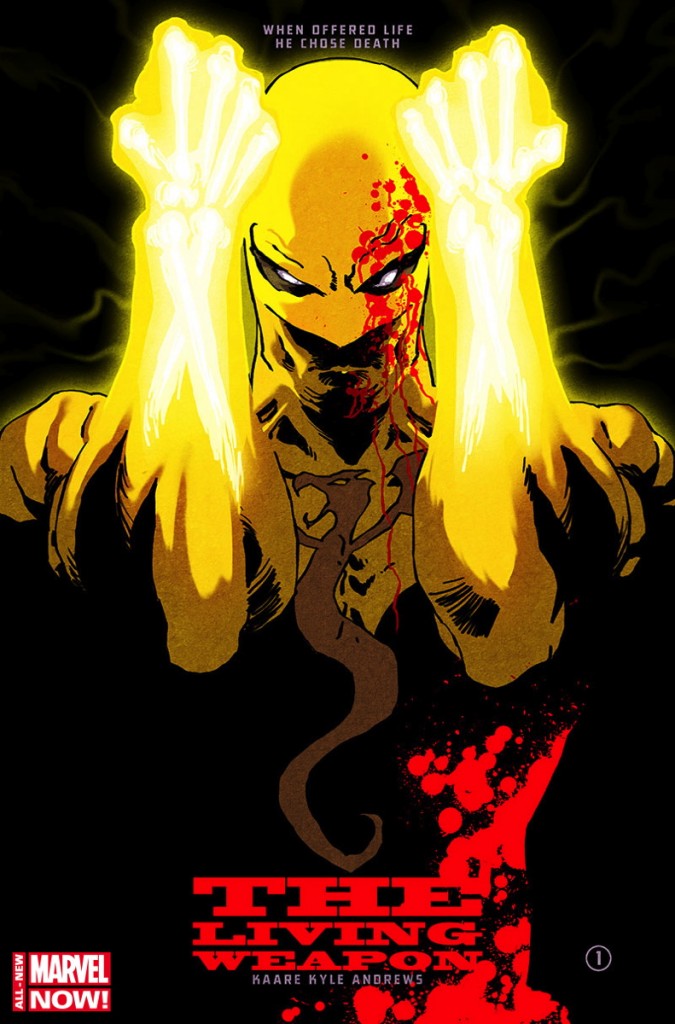 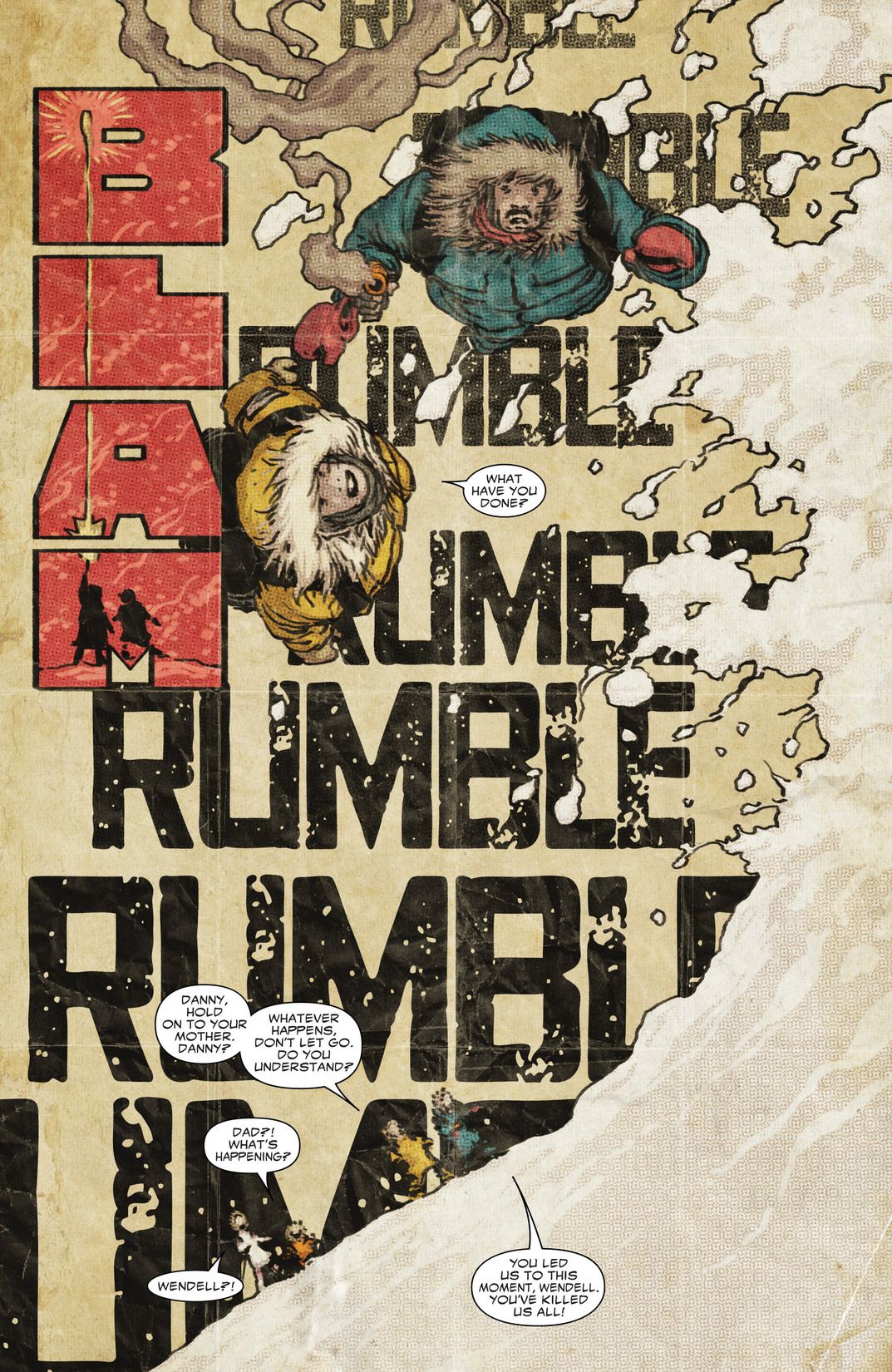 When was the last time someone took all the creative responsibility for a Marvel title? Anyone remember? That Kaare Kyle Andrews is attempting this for Iron Fist alone grabs the attention. Thankfully, Iron Fist: The Living Weapon delivers and sets the bar high for artistic vision across the Marvel creative floor.

An expedition to the Himalayan Mountains in search of the mystical city of K’un Lun ends in tragedy when ten year old Daniel Rand is left an orphan, his parents killed. Taken in by the immortal monks of K’un Lun, Danny is trained in martial arts, eventually plunging his fists into the molten heart of the dragon Shou Lao to become the Iron Fist. Offered the chance to stay and have immortality, Danny rejects it in exchange for vengeance on the man responsible for his parents’ deaths. Years later Danny feels lost and drowning in his pain, struggling to find purpose. An interview with journalist Brenda Swanson allows Danny to open up, things turning intimate only to be interrupted by undead ninjas and a young girl named Pei. Wounded and exhausted, Pei tells Danny that K’un Lun needs its protector, but he arrives to late, a being called The One having destroyed the city and all in it. Danny has to stop The One but his past is about to crash into him at full throttle.

Visually Rage is outstanding. Andrews has a breadth of styles ranging from hyper-realism to cartooning, inspired here by Jim Steranko’s work  on the 1960s Nick Fury, Agent of S.H.I.E.L.D. Dispensing with traditional boundaries and employing photo collage effects for flashbacks, Andrews also utilises a Manga style in funnier moments and for childhood memories. He flips effortlessly from style to style, even the sound effects used as an artistic expression (see the accompanying featured image for just one example). There are moments where the action is confusing, the use of shading and dark colours interfering with the chaos of martial arts battles. Using a Then and Now approach in flashback enables Andrews to use every artistic technique at his disposal, some points redolent of newspaper strips before imitating Roy Lichtenstein’s work. “Wow” and “Amazing” are good describers, “Bloody Hell!” is better.

The plot is fast paced with epic action scenes but Andrews takes the time to beef up his cast, using those flashbacks to facilitate this and give the characters depth. Danny is a traumatised individual, but Andrews makes sure that we know he isn’t the only one with demons. While very philosophical in the Eastern traditions and therefore a little grandiose, the dialogue is clever and Andrews uses humour in both that and the art sequences to diffuse the tension: Danny repeatedly referring to Brenda as someone else, the childhood sequences employing comical manga expressions. The hitch is that while this is a re-origin of sorts it is still anchored in the Iron Fist/Marvel mythos, which affects the story’s fluidity. If you have no association with Iron Fist beyond Heroes for Hire or Avengers then parts of this will fly over your head. It isn’t realistic and it’s far-fetched but that’s what makes it so much damn high-kicking and hard punching fun! Plus it looks absolutely superb!

Danny continues his battle with The One and his own personal demons with a little help from some friends in Vol. 2 – Redemption, collected with Rage in Iron Fist: The Living Weapon Complete Collection.