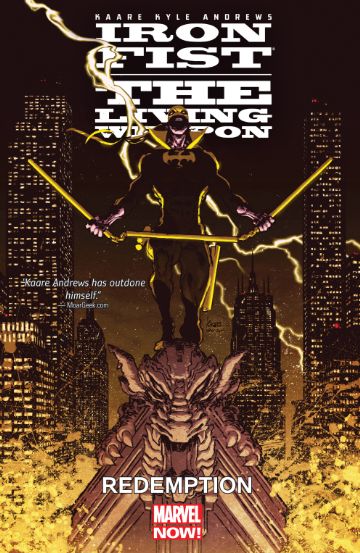 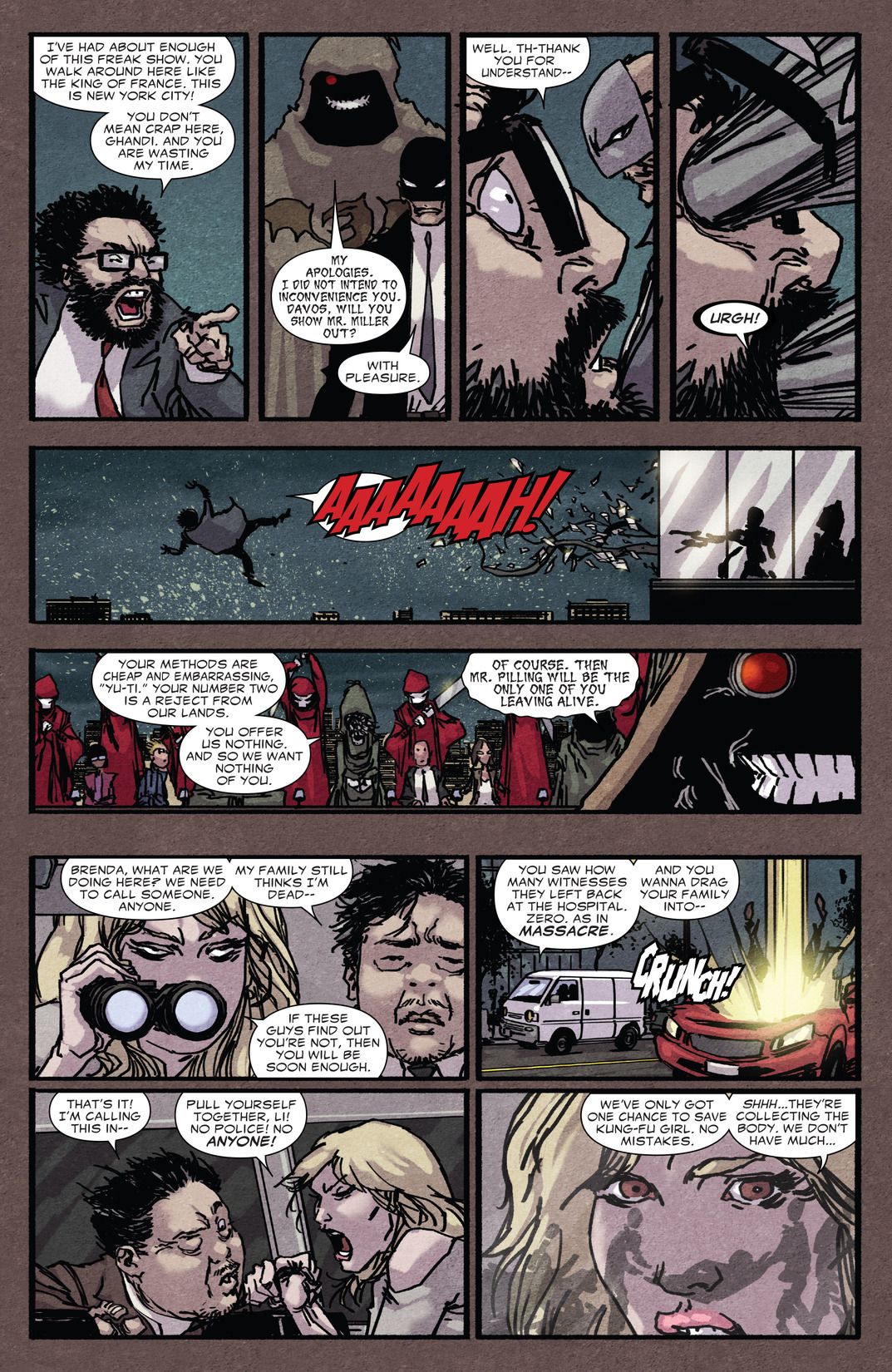 Previous events saw Danny forced to return to the endangered City of K’un Lun but he arrived to find the city in ruins and its inhabitants scattered by forces led by a shadowy entity named The One. Danny’s subsequent battle with The One left him shattered and close to death, his rescuers Sparrow (a childhood friend) and the mad monk Fooh nursing him back to health. In New York, the dilapidated structure of Rand Tower has been rebuilt by The One to be the New K’un Lun, revealing a deeper connection with Danny. Danny’s new lover Brenda Swanson and the reluctant NYPD cop Detective Li enter it to rescue the little monk Pei, finding they are immersed even deeper in a world they don’t know. Mentally and physically broken and battered, without the power of the Iron Fist, Danny needs to become whole, face the pain of the past and learn what it really means to be Iron Fist if he is to have any chance of turning the tide.

In Redemption writer and artist Kaare Kyle Andrews delivers an entertaining, gritty and visually astounding martial arts epic in both scope and style. With an astonishing breadth of styles that include hyper-realism, cartooning and manga he channels the groundbreaking Marvel artist Jim Steranko and pop-art pioneer Roy Lichtenstein for an artistic feast. It’is boldly experimental and changes from sequence to sequence with vivid flourishes of contrasting colour. Switching seamlessly from jet black and sheer white scenes in the underworld to a black silhouette against a palette of colour, there is an engaging blend of symbolism as Danny faces his traumatic past and outstanding martial arts battles between a mass of combatants. Andrews uses techniques that vary from the traditional use of panels or foregoing them all together to a style embracing photo collages. The diversity and imagination used in telling the story is impressive though there are times when the action is difficult to follow, particularly in the black and white sequences. Scenes frequently sweep two pages, though the binding interferes a little, but there are still plenty of single pages to drool over because Andrews never ever drops the artistic ball.

Iron Fist: The Living Weapon, as a whole, is way over the top, kind of Enter the Dragon meets Power Rangers meets Big Trouble in Little China meets Crouching Tiger, Hidden Dragon. This is no different, but more prone to super silliness, dropping the tone a tad much and weakening Redemption. However, it remains a super blend of the best and silliest features of the martial arts genre. Andrews enables you to feel each character’s rage, pain and disappointment, the story gritty with some bold commentary on white privilege, rich corporations’ approach to the economy and sexism not so subtly hidden in the pages. He also comes up with some funny and original scenes to offset the darker tone, like Brenda and Li’s inverted buddy-cop routine or a police negotiator trying to talk down a vengeful god the same way he would a common thug simply because it’s protocol. The ending is a little disappointing and clichéd, but it isn’t bad, and if you want to read a fantastically illustrated and enjoyable kung fu story, Iron Fist: The Living Weapon is what you need. Oh, by the way, could someone at Marvel please, please, please bring back Kaare Andrews for another run?

Rage and Redemption are both collected in the hardcover Iron Fist, The Living Weapon Complete Collection.